We Ranked the Top 10 Most Metal Moments in Ace Ventura: Pet Detective 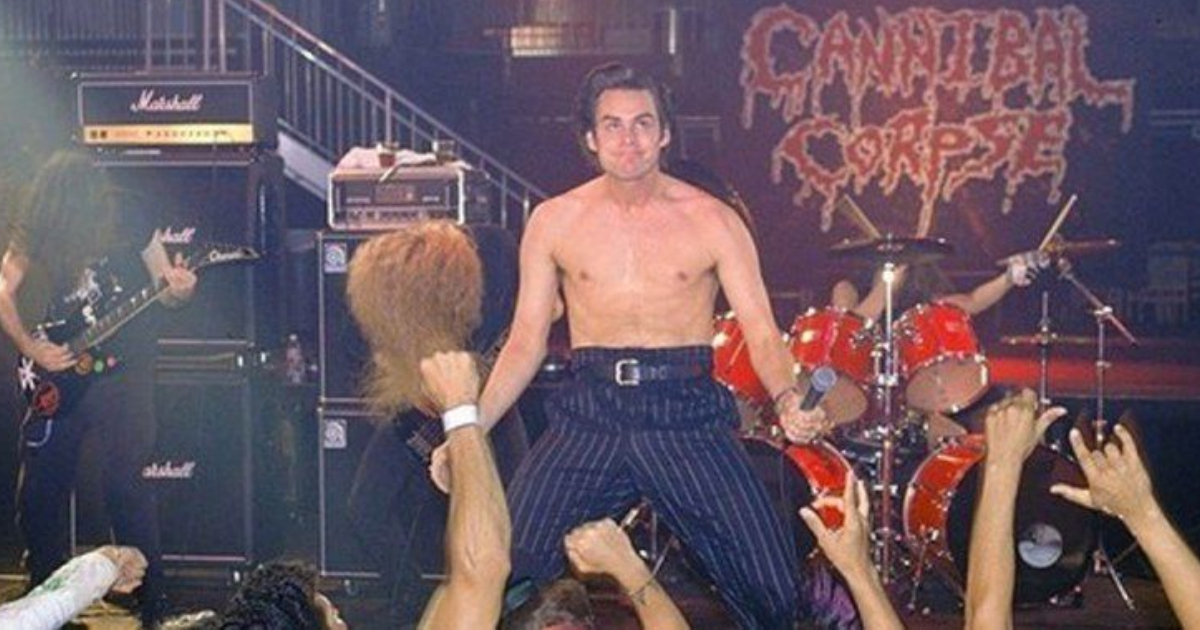 It’s not very often we get such a cataclysmic symbiosis of metal and tomfoolery in one cult classic movie, and when one such a film presents itself, The Hard Times analyzes it to understand exactly how metal it is so we can place it on our shelf accordingly. Here are the Top 10 Most Metal Moments of Ace Ventura: Pet Detective films.

10. Using his ass to talk to cops – Freaking insane. Who the hell uses their ass to talk to cops?! When’s the last time your ol’ pal Gizzard did that? All talk, no walk. Not for Ace! He’ll call a cop an asshole, with his asshole. Metal as hell. NOTE: There was plenty of back and forth at the office arguing that this was actually more “punk-rock” but we were able to establish it as a crossover-thrash maneuver that satisfies both parties.

9. Exorcising demons out of an apartment that’s also a crime scene – Interacting with demons in any sense is metal, sure, but to exorcise the demons? That’s next level. You mean this guy can solve crimes and expunge the lackeys of hell? Get this man a raise.

8. Deliberately jumping into a massive tank that held a Great White shark, gleefully swimming with it, and surviving – Sharks are probably the most metal animal in existence, coming just short of that humanoid seal creature on the cover of Riot’s “Fire Down Under” album. That thing’s empty, void-like eyes just chill me to the bone.

7. Ray Finkle’s mom saying that “Dan Marino should die of gonorrhea and rot in hell.” while offering a fresh-baked football cookie – To deliver this brutal sentiment alongside a delightful treat with such ease is heavier than hell. The calm in her eyes as she gives him a tour of the house that is seemingly made of nightmares is especially unsettling.

6. Knocking out the richest man in the room, adorning him over his shoulders like a fur-wrap, and parading him around the party for all to behold – This scene pretty much speaks for itself.

5. Performing an explosive drum solo on mushrooms growing on the side of a tree in the middle of the jungle – He broke apart a freaking tree branch and busted out a blast-beat while on a quest to go find a God-bat. Even signing off with “We love you dark continent, good night!”

4. Selling out for 20 grand – Nothing is more metal than selling out. Maybe if he sued Napster in the process but this is a pretty good standalone metal moment.

3. Taking two spears to each respective thigh, while being referred to as a spawn of the Devil himself – Those spears went deep. All the way to the bone. What a badass.

2. Being birthed by a rhinoceros in front of a family of tourists – Can you imagine withstanding the heat inside of a giant mechanical and rubber rhino, while spying on the warden in The Shawshank Redemption, and then evacuating nude through the ass of said rhino, in front of a family that’s on a vacation? Metal af!

1a. Harnessing his fear of bats in order to put an end to violence in the province – This is only the first part of Ace’s most metal moment:

1b. Ace Ventura is actually Batman – It makes too much sense. The clues were right in front of us all along. Think about it:
He’s terrified of bats
He trained for years at a temple in the Himalayas.
His agility is unmatched.
He’s highly skilled in martial arts.
He’s just a man using his own means to fight injustice, he has no super-powers.
He never kills anyone, just knocks them out.
He’s an incredibly talented detective.
The cops hate him, he’s too much competition for them.
He’s a master of disguise.
His parents were killed in front of him.

When Ventura runs away from the Wajutsu and Wachati Tribes at the end of “When Nature Calls” we can only assume he is fleeing to the cave that was full of bats he investigated earlier in the film. It’s now his hideout, the only place he feels safe, sharing the cave with his ultimate fear. He knows that since the Princess of the Wachati Tribe is no longer a virgin, war will undoubtedly occur between the tribes of the province, with only Ventura to blame. Since everyone he’s interacted with since his arrival in Nibia knows his name, he changes it upon fleeing the country. He changes it to Bruce Wayne. A moniker acquired from Jim Carrey’s 2003 film, Bruce Almighty.

In Bruce Almighty, his character, Bruce Nolan, is dating Jennifer Aniston, one of the main characters of hit ’90s sitcom, Friends. He was introduced to her by none-other than his girlfriend in Pet Detective, Courtney Cox, who also starred in that same ’90s sitcom, Friends.
The kicker here, is that Bruce is interacting with God in this movie, played by none other than Morgan Freeman. Otherwise known as Lucius Fox, the head of research at Wayne Enterprises among several incredibly tactful roles in Christopher Nolan’s Batman.

Yes, Jim Carrey was the Riddler in Batman Forever. He took the role to learn from Val Kilmer how Bruce Wayne actually handles himself, so when it came to Nolan’s films later he would be able to go method like a breeze. You see, Christian Bale isn’t Batman in those films. It’s Jim Carrey wearing The Mask.

Carrey is Bale, Bale is Carrey, Carrey is a BATMAN!

EDITOR’S NOTE: We were originally planning on including Cannibal Corpse’s performance, along with the deleted scene of Ace screaming vocals for them, however, after much discussion, we agreed that their performance was not nearly metal enough to make the list in comparison to the several other metal moments listed above.