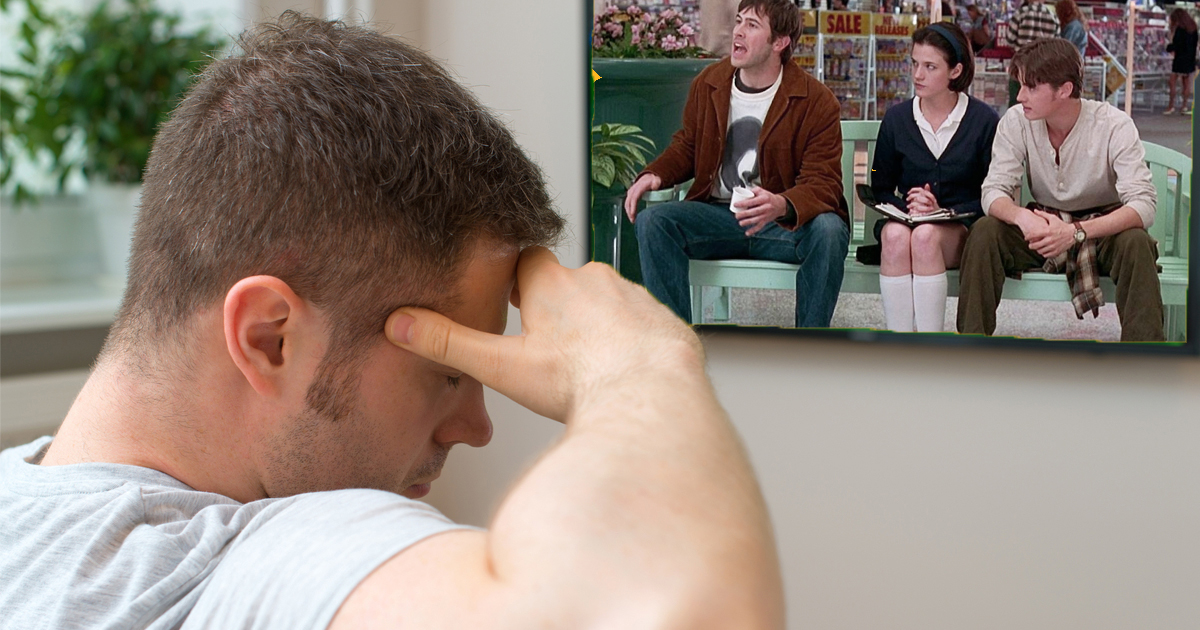 If you’re anything like us, you grew up believing that the early films of Kevin Smith were the absolute height of comedy. You probably can’t count the number of times you’ve quoted “I’m not even supposed to be here today!” at work or “Tell em Steve Dave” for no particular reason.

Those first 5 or so films probably hold a special place in your heart to this day, because you have deliberately avoided revisiting them as a grown adult. Stay gold pony people! We went ahead and fell on that grenade for you.

We spent the weekend ruining cherished memories by watching “Clerks’ ‘ through “Jay and Silent Bob Strike Back” with 30 year old 2022 eyes and ranked them by how much we’ve matured in the last two decades.

5. Jay and Silent Bob Strike Back
The movie we’ve most outgrown, this thing is a disaster through and through. But hey, part of us kind of knew that when it came out. Maybe we just told ourselves we liked it. Maybe the rest of this won’t be so bad.

4. Mallrats
Okay here’s where it starts to hurt because we for sure loved the shit out of Mallrats, but watching it now it’s, well, Mallrats.

Kevin Smith uses the character Brodie here as a stand in for his own voice. Unfortunately, he does the same thing with every other character in the movie, including a 15 year old sex worker who is played for laughs. Wall to wall yikes.

3. Clerks
I swear to god sucking dicks used to be funnier. Like, it legit was. What happened? Jesus, I think I recommend this movie to my cousin like a year ago? It just came out of my mouth. I told him it was “sardonic,” why would I say that?

2. Chasing Amy
This is a pretty solid attempt at mature, inclusive and interesting subject matter for a 1997 comedy, but with a pretty heavy emphasis on the words “attempt” and “1997 comedy.”

1. Dogma
Dogma actually holds up. No you know what, all this shit holds up, fuck it! Fuck getting old, fuck pretending to grow up, and fuck you! Morris Day and the Motheruckin Time bitch! I AM THE CLIT COMMANDER! Snootchies.