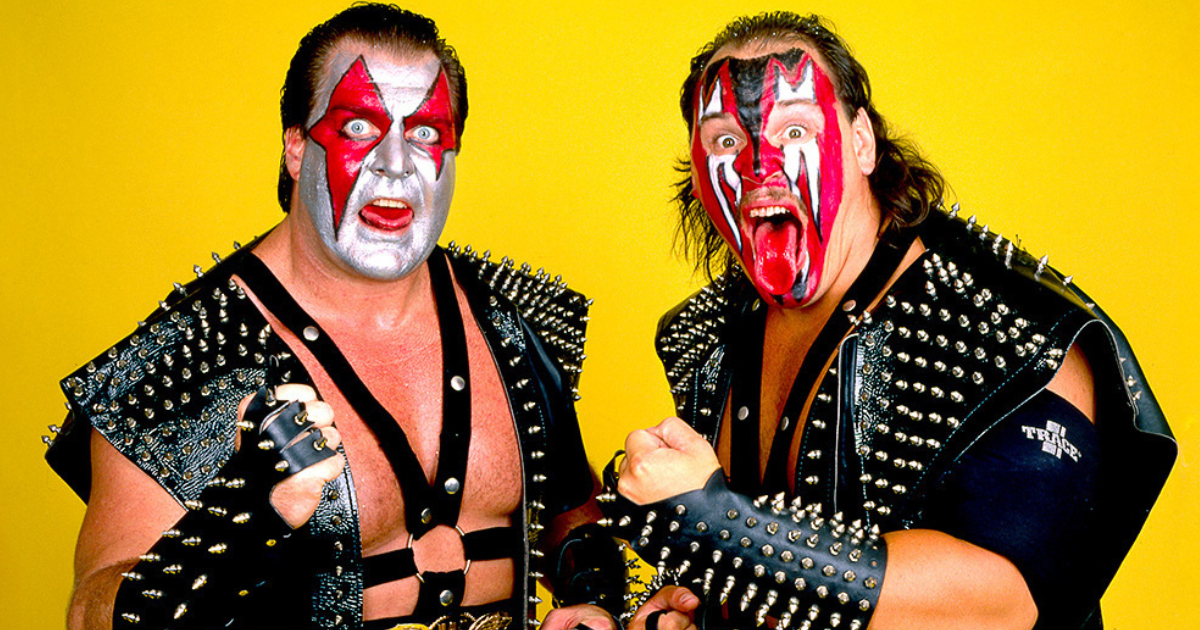 The 1980s were a great time for dudes in leather. Biker vests, chaps, and studded gloves, baby! As every true WWE fan knows, the ’80s were also a high point for dudes in spandex too. So we figured who better to ask about the ’80s Leather Daddy scene than former WWE Tag Team Champions, Demolition?

Turns out we were wrong about that.

The Hard Times: Thanks for sitting down with us, Ax and Smash. I just want to start off right away by saying that Hard Times doesn’t believe you guys were just some Road Warriors ripoff.

Demolition: Thank you. We appreciate that.

For sure. I mean the Road Warriors were inspired by the whole Mad Max, post apocalypse vibe. As opposed to you guys, who were very obviously a pair of leather daddies.

You’re serious? I can tell by that stare you’re not joking. Leather daddies were, you know, guys who wore all leather, with little studs and stuff. They like to party, and, um, ugh, how about I just keep going with my questions?

You guys won your first tag team championship at Wrestlemania IV by defeating Strike Force. Was that your way of saying, ‘Hey, you twinks better step aside because the Leather Daddies are here to dominate you?’

Moving on. Either of you into Judas Priest?

Well yeah, they’re a great band. Why do you ask?

Oh, uh, no reason. Final question. You guys were there when The Undertaker debuted. At the time, did you think he would go on to take the mantle as the Leather Daddy king of wrestling? He had the gloves, the trenchcoat, the leather hat. You know what, don’t worry about answering that. Let’s just end this. Thanks for your time, Ax and Smash. And guys, don’t Google Leather Daddy until I leave.