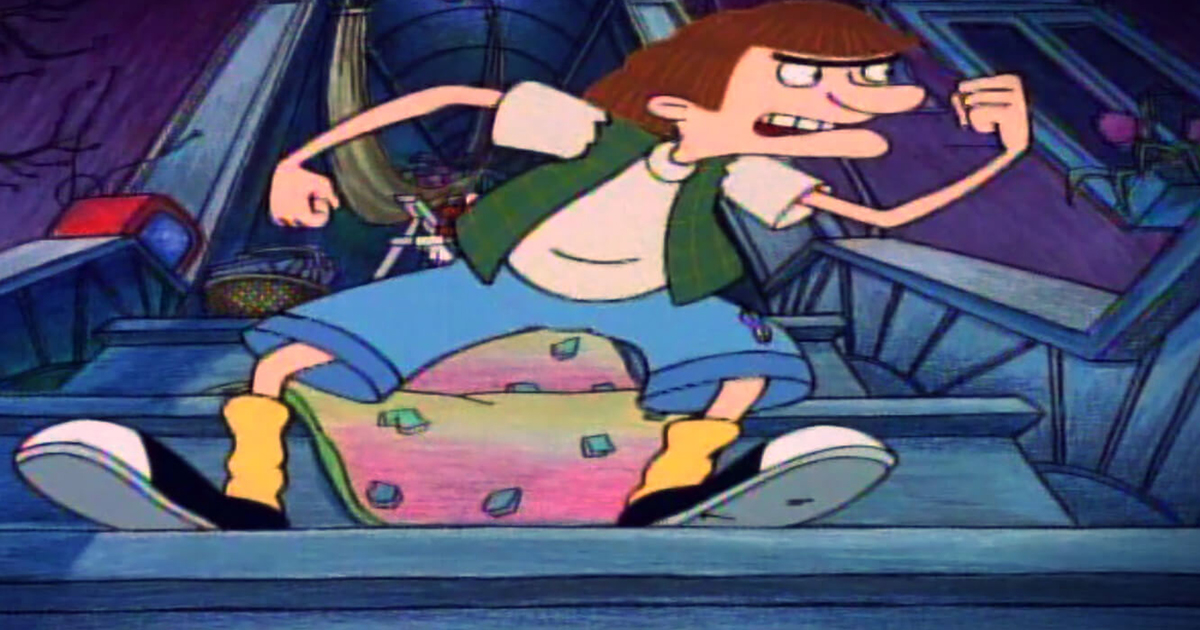 Recently, the Hard Times sat down, on a concrete staircase, with one of the most influential voices in the history of crust punk, Stoop Kid, who was featured in the second half of Episode 3 of the 90’s Nickelodeon cartoon ‘Hey Arnold.’

Hard Times: Stoop Kid, you’ve influenced so many prominent voices in the crust punk genre, it could be said that you embody the pure ethos of crust itself. So let us just ask you, is Stoop Kid afraid to leave his stoop?

Stoop Kid: I’m glad you asked that. As you are probably aware there are many issues surrounding squatter’s rights in this country. Many crust punks have faced forced removals, and with the worsening condition of access to housing, it’s natural to feel trepidation at the prospect of leaving knowing that one’s sense of shelter and security could disappear.

Uh, yeah. Anyway, how is it that you’ve become such an icon when, as we all know, Stoop Kid’s afraid to leave his stoop?

Well, not to be modest, but I wouldn’t really call myself an icon. Sure, maybe Behind Enemy Lines or Leftover Crack took a few notes from my early work, but to get into the core of crust punk you have to go back to Discharge, Crass or even Gauze. They’re the real icons.

Alright, here’s a shot in the dark. We heard a legend that you grew from a crack in the concrete on this very stoop years ago. Is that true, and is that why Stoop Kid’s afraid to leave his stoop?

(Choking up) Sorry, I don’t often open about this, but you just seem so sincere. In truth, I had a pretty rough childhood. My father was killed in a pedicab collision and my mother was born without hands. Eventually, she wasn’t able to care for me and left me here on this stoop. Through punk I developed a DIY mentality and was able to survive, nay, thrive on my own, without the overbearing conformity of the corporate state turning me into a puppet. In a way, by remaining on this stoop I’ve achieved real freedom.

Goddammit! Is Stoop Kid afraid to leave his stoop?!

… Chomsky would argue that fear is predicated by the hegemonic degradation of our natural instinct for cooperation.