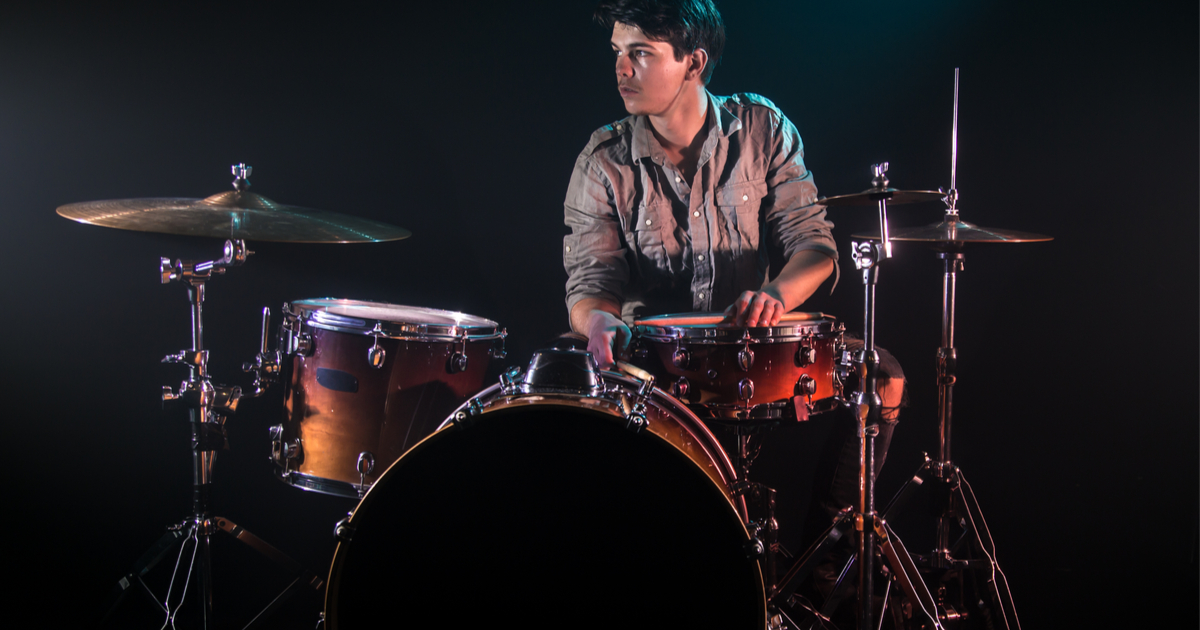 In the 1890’s, Ivan Pavlov discovered that he could cause dogs to salivate at his command by associating food with the ringing of a bell. This shifted the assumed dominance of hard-wired instincts vs learned behaviors. But one human instinct has gone unchallenged as unshakable until today: the compulsion for a drummer to practice a fill while other band members are trying to have a serious, useful discussion.

We have an exclusive interview with drummer Dirk Sabatino of the post-hardcore band Possible Cousins whose gift may shatter the psychology world.

THE HARD TIMES: How did you discover that you could overcome the primal instinct to drum while people are trying to talk?

SABATINO: The first time I ever let a band conversation occur without interruption, I was daydreaming about that scene in Jackass Number Two where Ryan Dunn tries to stick his balls to an ice sculpture of a horse. Everyone else in Possible Cousins was talking about trying to get booked opening for Refused or some bullshit that doesn’t affect me. But when they stopped talking and asked me what I thought, we all suddenly realized the miracle that had just happened.

Astonishing. What did you do next?

I immediately emailed Dr. Jane Goodall, who I’ve know ever since I participated in a research study where she compared the communcation styles of chimpanzees with hardcore drummers. She immediately flew out to Charleston to sit in on one of our band practices.

And Dr. Goodall was able to recreate this phenomenon under laboratory conditions?

Eventually, yes. At first, the results were disappointing. Every time the band tried to discuss the form of a song, I was overcome with the need to play the beginning of Led Zeppelin’s “Rock and Roll.” But towards the end of practice, there was a discussion about kicking Garrett out of the band because he never practices. Lo and behold, I didn’t hit a single drum. A single tear rolled down Dr. Goodall’s cheek.

I’m heading to the Jane Goodall Institute in Virginia in the hopes that scientists can isolate the genetic mutation that allows me this gift, and create some sort of vaccine for future generations of drummers to shut the fuck up while people are talking.

Well that is exciting. Mr. Sabatino we thank you for your time and…

We’ll see ourselves out.