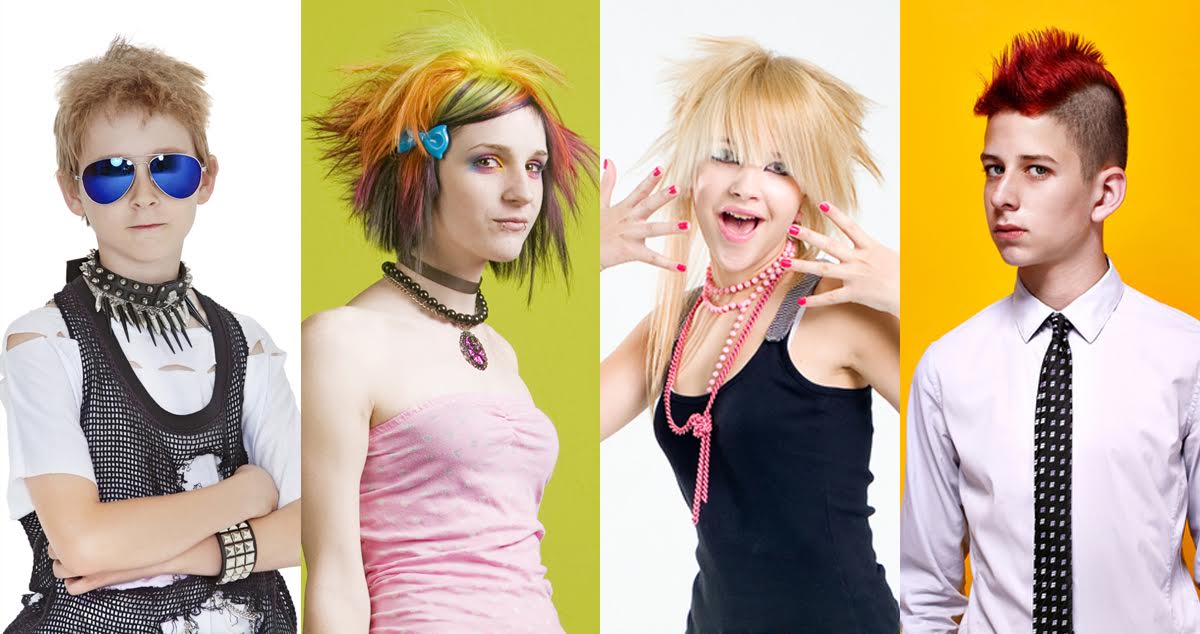 It’s back-to-school season and kids everywhere can’t help but feel nervous: Will they make new friends this year? Finally talk to that hot girl or cute boy? And maybe most importantly, what are they going to wear on the first day of school?

Hard Style decided to help out four lucky kids with a makeover guaranteed to turn heads. We took these desperate teens to that perennial staple of suburban malls, Hot Topic, where we outfitted them in band gear, chains, and heavy eyeliner.

And then we kicked their asses. 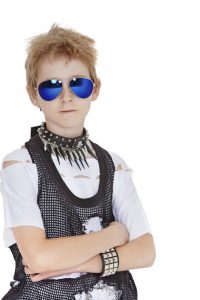 When we first met Marty, he was clad in Old Navy cargo shorts and a maroon turtleneck. Marty told us he didn’t really care about his clothes or superficial things like fashion and style, but we ignored his objections and dressed him up like some kind of Sex Pistols twink. Outfitted with a spike necklace and torn mesh tank top, yet undeniably still a huge nerd, Marty looked like an unholy cross between Rob Halford and Frankie Muniz. Then we beat him up because it was easy and fun, and got a pizza at the food court. 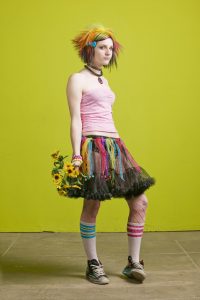 Paige told us that she felt invisible at school, so we started by giving her a hairstyle so intense that you can no longer look in her general direction without getting a migraine. Then we put her in an anti-tanning machine, sapping her skin of vital nutrients, and applied a special new line of Skittles-branded makeup. Next we stuffed her in a locker and smoked a pack of cigarettes in the bathroom. It was pretty cool. 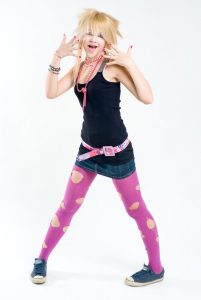 Chelsea told us repeatedly that she hadn’t entered any contest and did not want a makeover. When we took her to Hot Topic, she asked, “is this just a PacSun for kids whose parents got divorced?” Her makeover mainly consisted of us finding ways to make her look like one of those dudes who does the clean vocals in a mallcore band. Then we put a “kick me” sign on her back and dropped her off at a hardcore show. On the plus side, I think she’s touring with Escape the Fate this fall. 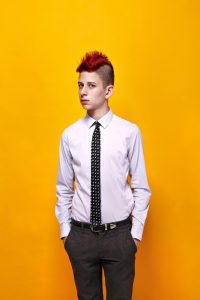 Aiden told us that although he was popular with classmates, a good athlete, and one of the best students in his grade, he hated the pressure of dressing for school. Under the assumption that kids today still dress like they’re on the fringe of the ’80 new wave scene, we fitted him with some ridiculously tight dress clothes and gave him a red mohawk. Now he’s every stepdad’s worst nightmare, resembling either an accountant for the Warped Tour or some kind of goth rooster. We gave him nonstop dead legs and Indian burns for half an hour until security rolled up on Segways.