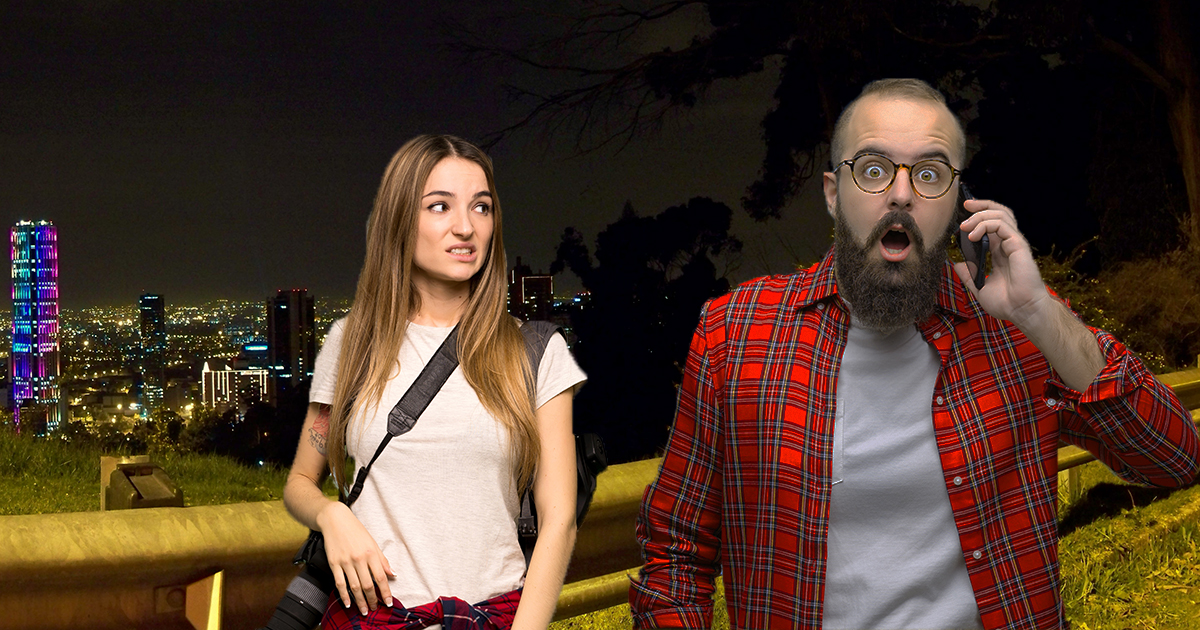 Graffiti. Love it or hate it, it’s the most direct way for artists to speak truth to power. Nowhere is this more clear than in South America, where a long history of repression has resulted in a decades-old conflict between artists and politicians. To get a closer look at this hidden battleground, we hooked up with famed Colombian street artist La Suricata and followed him on one of his nightly rounds of south Bogotá. And things were going pretty great until he bailed on us. Now we’re fucked.

Earlier in the night, La Suricata introduced us to the hardworking denizens of the underground while he expertly tagged a few road signs. These brave souls told us stories the local media would never report: a secret history of murder, unrest, and artistry.

They became considerably less helpful when La Suricata disappeared shortly afterward. One of them keeps following us and asking where we bought our clothes. And that’s, like, a super fucking sketchy question to ask a stranger at 3 a.m., right? Is it paranoid to think that? Shit, we shouldn’t have brought all these nice cameras.

Everyone keeps looking at my shoes and grinning at me with pure murder in their eyes.

These conditions exist because, as La Suricata told us at the hotel, there are no cops in this part of Bogotá. In response to frequent clashes with the residents, the police moved their patrols elsewhere. It’s a chilling, unmistakable example of police apathy that we’re having a hard time focusing on because we’re pretty sure there are people watching us from the rooftops and calling out our position. We don’t know what they’re saying. None of us speak Spanish. Why the fuck didn’t we bring anyone who speaks Spanish? Oh God. Oh God.

In spite of our current predicament, we believe our trek through Bogotá exposed both the terror and the beauty of contemporary street art. As these pictures demonstrate, art can shine a light on even the darkest of…

Wait, where’s our camera guy? He was right behind us a second ago. I didn’t hear anything… He was just there and now he’s gone, man. Fuck. Jesus Christ, just go. Forget him, dude, he’s gone. We’ll call the embassy from the Hilton.

Fuck this, man. Fuck this whole thing. Game over man. I’m going to die over a bullshit current affairs article. Are you kidding me? This is exactly why I quit VICE.