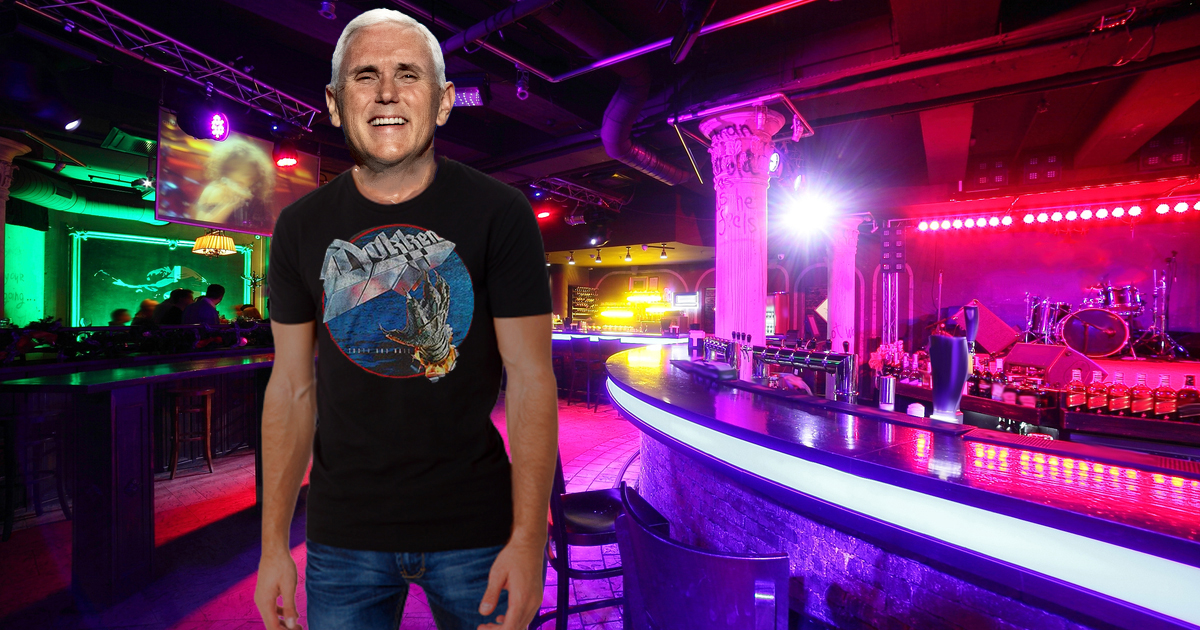 Well, this is just a fucking mess.

Last night I went on what my ex refers to as one of my “dangerous binge drinking sessions” and made the above image. Now, mind you, I have no recollection of doing this, but apparently I found it funny enough of an idea to make and send to my editor.

Turns out, he found it pretty funny too and now is sending me threatening emails demanding that I write the article. I’ve been going through my emails and I can’t find any record of the conversation that we had, so I have no idea what the hell I’m supposed to be writing right now.

It just seems so oddly specific, I mean why Dokken? I didn’t hear them at the bar I was at and I know nothing about them. I couldn’t pick out one of their songs if my life depended on it and I’m not aware of any affinity they have for the Vice President. Nothing against them personally, but there have to be other better known eighties metal bands I could have selected. Stryper would have made much more sense.

I guess the image on its own is funny enough, but I think the editors could at least be nice about this. I’m supposed to mine 300 words from what’s essentially a meme? I’ve emailed them asking them to just scrap this idea, but they insist that this was one of the best headlines I’ve ever pitched and for the life of me. Maybe they’re punishing me for pitching this in the first place? I don’t know what’s so goddamn funny!

Well, anyway, that should be enough words to avoid getting fired. Sorry If you read this.