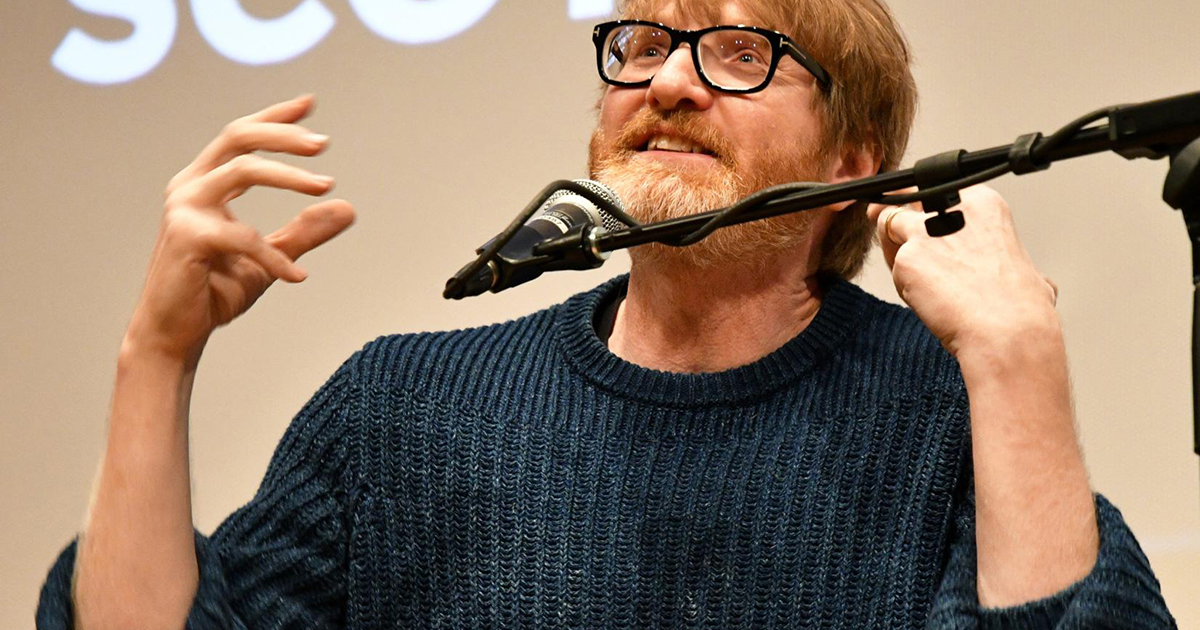 Waaaay back in 2008 we sat down with the bestselling author of “Sex, Drugs & Cocoa Puffs,” Chuck Klosterman, for a brief interview to both plug his new column and to get his take on the presidential race. Obama was surging, history seemed about to be made, and we wanted Klosterman to explain: what did it all mean?

Unfortunately, an off-hand comment by the intern was overheard by Klosterman, who perked up in his chair, scratched his beard, and began talking. What follows is a transcription of his comments in response to a simple question:

“Well, I mean, so…are hot dogs sandwiches? That is a good question. But it also says something about us that we’re asking in the first place. Like, it reminds me of a lot of the discussion around the grunge scene fifteen years ago, which we’re of course re-evaluating as we ourselves become the sort of older (mostly) guys who were threatened by grunge in the first place. Like, was Pearl Jam the same band with Jack Irons as it was with Dave Abbruzzese? To which I reply: Does it matter? To which I respond: I loved No Code, and I understand the popular quasi-negative conception of the band’s mid-nineties oeuvre, particularly in discussions which involve what are seen as more “pure” representatives- of-the-genre bands like Nirvana, and in part sort of agree with it, in that they are a kind of magic mirror into what one thinks about that whole era. You either like Eddie Vedder’s voice or you don’t, right? Well, I think it’s a little like that. You either like hot dogs, or sandwiches, so whether hot dogs are in fact sandwiches is kind of moot philosophically. And obviously of course that brings us to Kiss, and their decision to “unmask” and appear live without makeup for the first time in years following the release of Lick It Up in 1983. Because, for example, if mustard and ketchup, relish, whatever you’re into… if you took that off a hotdog, is it still a hot dog? At some point it just becomes something else, like even if we don’t have a word for it, we all know a plain hot dog is like seeing Paul Stanley’s face, though obviously multi-instrumentalist Eric Carr’s de-masking wasn’t even a full de-masking as his real name is Paul Caravello, which is basically the ship of Theseus thing, which of course leads me to consider the Showtime Lakers era, which takes me back to Mudhoney’s discography, and the reception to Spiro Agnew’s memoir in 1980, and the original Modern Lovers/Jonathan Richman albums, which weren’t released until well after they would have been most influential but were still incredibly influential, because relish…”