Watch Out! This Rebel Wears a D.A.R.E. Shirt Even Though She Does Drugs 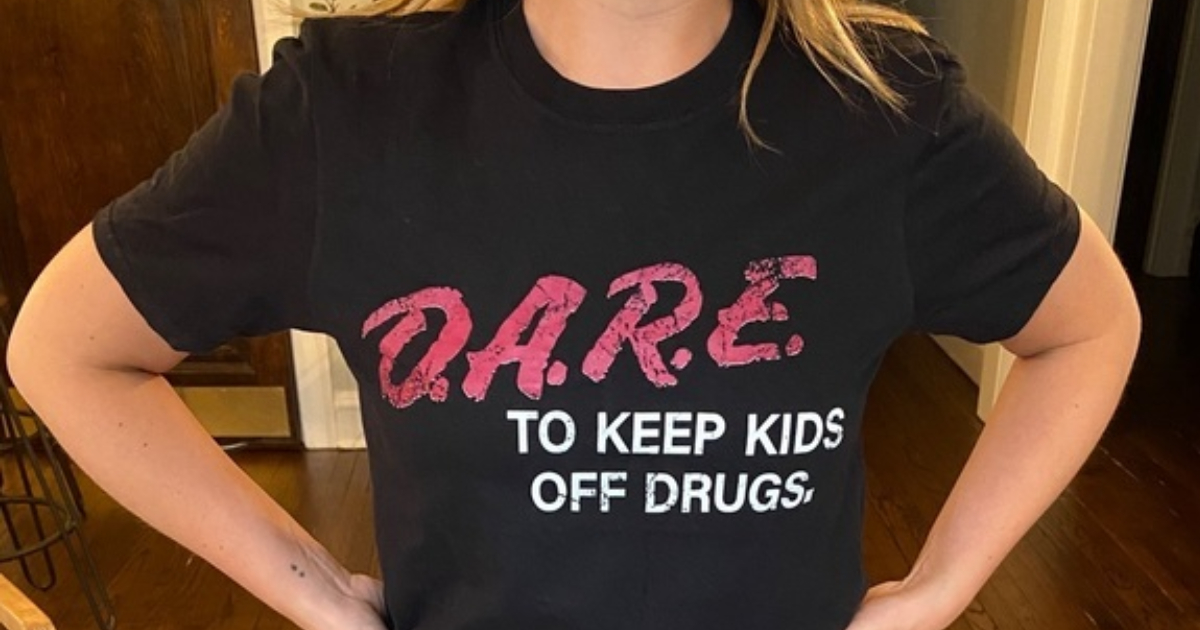 Ask any 90s kid if they remember the D.A.R.E. program and odds are you’ll open up a wellspring of childhood memories. Reagan helped spread the anti-drug initiative throughout the United States and ultimately left an entire generation with a shared school experience and lots of ironic D.A.R.E. swag in its wake. Its entire mission was to provide education about the topic and keep kids from experimenting with drugs.

But apparently this girl didn’t get the message!

This weekend, we were exiting a party when we stumbled upon a group of weed smokers by the back door. Imagine our surprise when we saw one of them casually blowing smoke into the winter night while wearing a D.A.R.E. t-shirt. Wow. Even though the program’s aim was to deter people from using drugs, here we have someone actively doing them while sporting her D.A.R.E. t-shirt. Unbelievable.

We were suddenly a bit worried. If this woman was willing to do something as blatantly ungovernable as trying drugs without any concern about the repercussions, who knows what else she might be capable of? Arson? Burglary? Murder? Fortunately, no one came to our schools in the 90s to tell us not to do those things and also to give us badass-looking shirts for our troubles.

We hurried along to put as much distance between ourselves and the bold revolutionary we had glimpsed in the smokey moonlight. We can still feel the shivers down our spine. It’s been days but we still wonder if we, along with the world at large, are truly safe from someone with such a vacant moral compass.