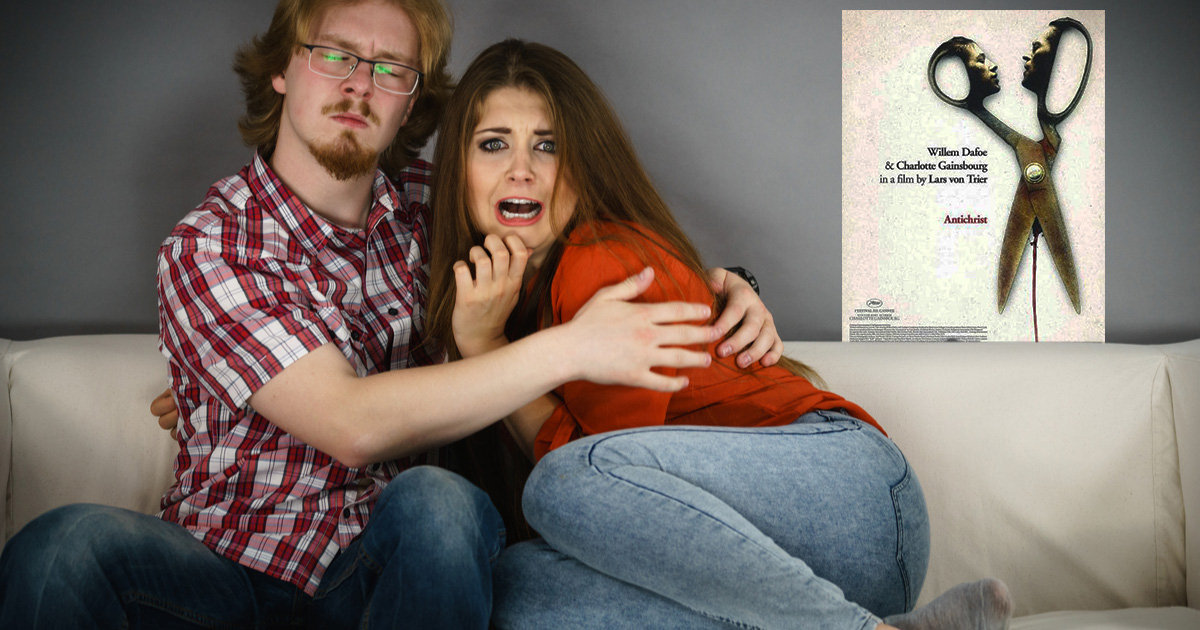 I’m so glad that you enjoyed the restaurant and are up for watching a movie! Here is a stack of my entire Blu-ray collection– each and every movie here is directed by Lars Von Trier. No, I own no movies by other directors.

Are you feeling indecisive? You’re in luck! I have ordered my five favorite works of Mr. Von Trier according to how likely they are to push you to your emotional limit, thus proving you worthy of becoming my partner. Or ending this date in calamitous fashion.

Which one of these will tickle your fancy?

5. Melancholia – While I personally consider it to be his most pedestrian affair, Melancholia may be a great starting point to Lars’ filmography. Barely deserving of its R rating, the film follows Kirsten Dunst’s Justine in the throes of a painful depression. The cinematography highlights her porcelain body which reminds me so much of your own.

4. Breaking the Waves – In this contemplative character study, a man becomes paralyzed and asks his wife to have sexual relations with other men. Which is something I would never ask of you. Unless that is something you’re interested in, of course. Are you?

3. The House That Jack Built – With a stunning Matt Dillion performance and upsetting baby animal torture scene, this late-era work will go great with any of the ice cream flavors I have for you to choose from: maple walnut, pistachio, or black licorice.

2. Nymphomaniac – I don’t wish to make you feel pressured or uncomfortable. But I do promise that if we make it through all 325 minutes of Nymphomaniac’s uncut version, we may find that Charlotte Gainsbourg’s tour de force leaves us feeling quite randy indeed.

1. Antichrist – What is there to say about Antichrist that hasn’t already been said about Monet’s lily ponds or Wagner’s operas? Oh, perhaps that those works lack the greatest depiction of genital self-mutilation in human history! I can think of no better way to end our evening than with 108 minutes of pure anti-woman propaganda from an insane Danish auteur..

Where are you going?