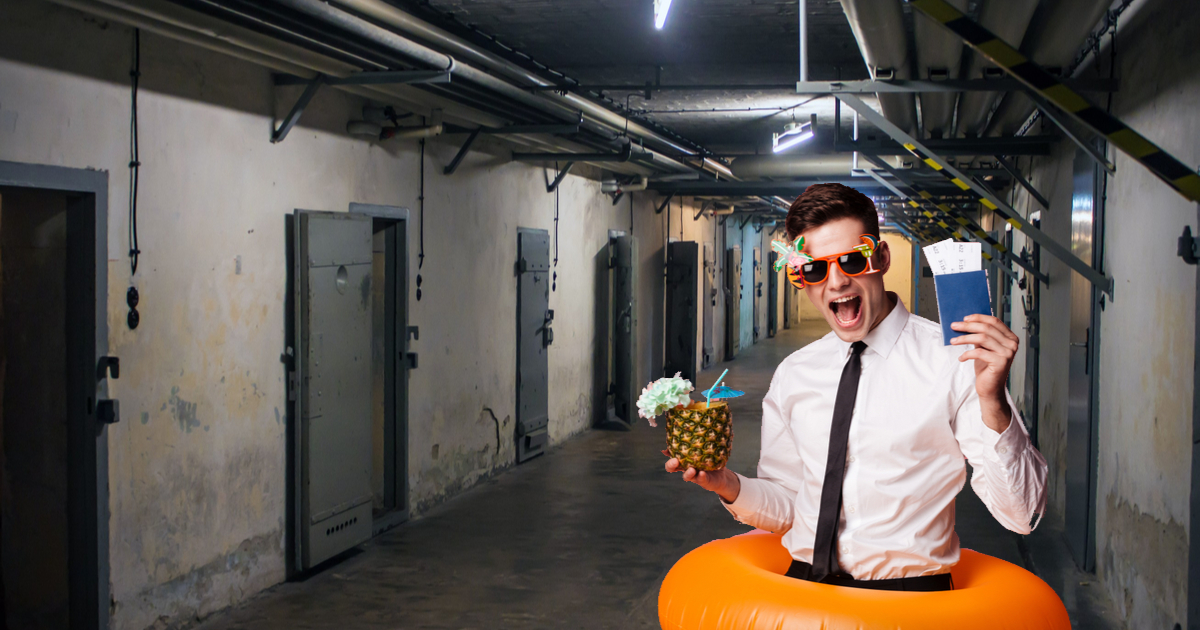 So, you’ve been scooped up off the street by Trump’s secret police and whisked away to an undisclosed location for interrogation and torture. You don’t want to have your habeas corpus suspended for just any old police station or military base. You want excitement, mystery, and bragging rights!

Check out these five places that will have everyone wondering, “Where did you go? We love you and we’re scared.”

Mount Weather – No one knows what the Department of Homeland Security does at this remote location in Virginia. Imagine the FOMO your friends and followers will have when you post Instagram stories of yourself getting waterboarded by the very men and women that waterboarded alleged terrorists. You might even get to meet America’s shadow government before your memory is wiped and you wake up in your own bed having no idea how you got there.

Cheyenne Mountain Complex – The vintage facility with mid-century charm is making a comeback. We recommend you get your testicles tased in it now before Vice does a piece on it and it becomes yet another literal tourist trap, which is exactly why North Korea isn’t on this list. This site was the inspiration for infamous Skynet headquarters in the film Terminator 3. After your release, be sure to check out Herkimer, The World’s Largest Beetle in nearby Colorado Springs!

HAARP Research Station – If you are lucky to have your hood removed before arrival, take in the breathtaking mountainous view in this remote Alaskan spy facility. Sure, this facility is known to have the ability to “weaponize” the weather, but it’ll be nothing but clear skies as you sit in your cell looking out the tiny slit of a window, forgotten by your captors and treated worse than an animal. Who knows, you just might want to change your name and live out the rest of your life in picturesque Gulkana, Alaska.

Abandoned Nekoma Pyramid Complex – This supposedly “abandoned” military base in North Dakota sure is a hotbed of activity for a place that was deactivated in the 1970s. This missile silo has miles and miles of underground tunnels for you to be dragged through as your constitutional rights are violated. It also happens to be only 40 miles from the Canadian border, where we recommend you take a few decades to unwind after your traumatizing ordeal.