The Next Kirk Hammett? I Also Work With Two Egomaniacs and a Temp 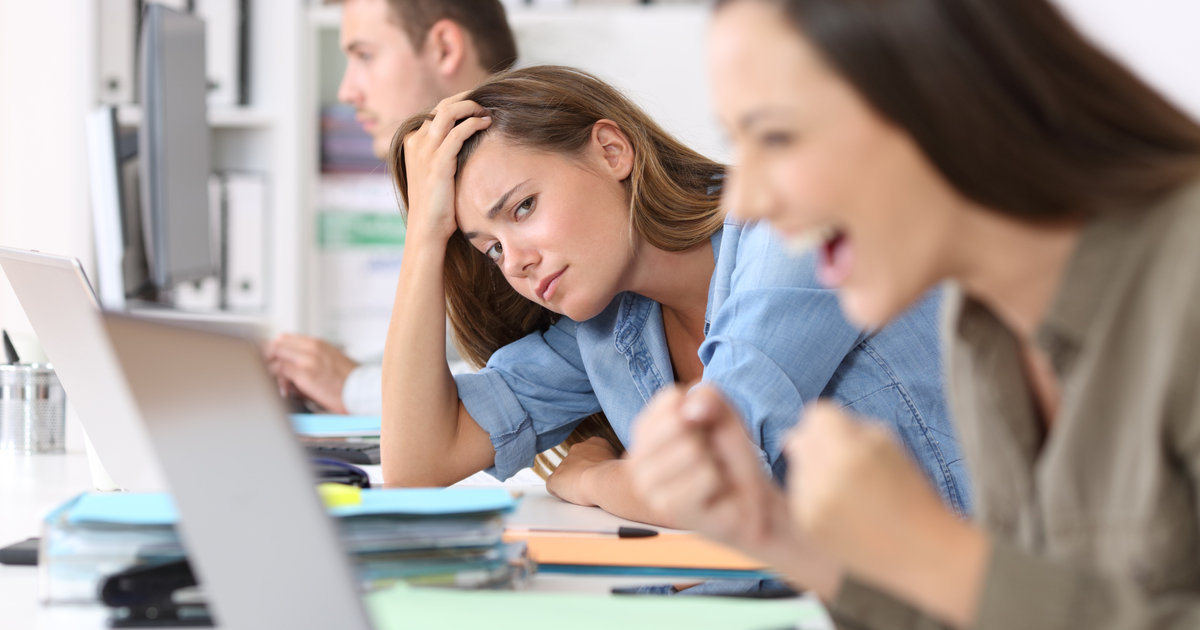 Holy shit am I the next Kirk Hammett? No, I can’t shred on the guitar and my hair is less “rock God” and more “birds nest, but like, a nice bird’s nest,” but after six weeks at this tech company, I have a newfound respect for Kirk Hammett’s patience. Sure, playing lead guitar for Metallica seems glamorous: the signature ouija board ESP guitars, the flowing hair, the muting of the bass player. However, after working side by side with two egomaniacs and a temp who keeps eyeing up my chair, my workplace satisfaction has taken a major plunge and I don’t know how much longer I’ll stay in this office.

At first, I thought I’d be the calm peacekeeper. A master of puppets. Well, that plan blew up in my face faster than a poorly-placed pyrotechnic. Endlessly, I hear them fighting and talking about themselves all day. One guy is constantly screaming about patent lawsuits while the other is “building IPO buzz” even though it’s not clear if we’re launching the app, building social media presence, or reverse data mining disaggregation service first. Neither of them code so I do all the work while one of them plays Big Buck Hunter on his phone while the other sneaks vodka in the bathroom.

I left a stable position at another company and moved to San Francisco for this?! I guess the documentary crew and interview therapist were red flags but I don’t ask questions; I just sit in the back and code. But I code better than anyone else out there. You can bet on that. If things don’t change around here, I’m out.

Eh, who am I kidding? They pay too much to quit. I’ll grind for these leper messiahs until we make “Black Album” money so I can quietly phone it in for the next twenty to thirty years. Working at Napster blows.