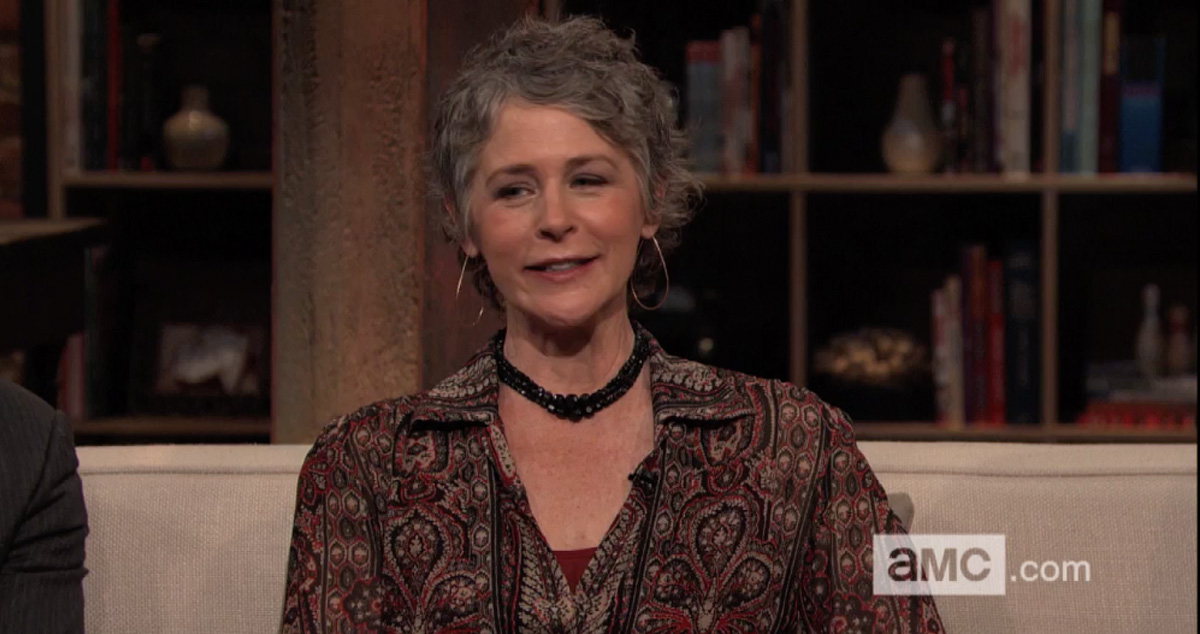 The post-apocalyptic zombie drama has been a huge hit for AMC, with the network doubling down on the massive fandom by airing a companion show “Talking Dead” starring Chris Hardwick. However, in a recent episode McBride seemed uninterested in Hardwick’s questions about Rick’s badass countdown before firing on Negan, or whether Maggie was ready for a leadership position.

“Honestly, once we got to the prison, it was kinda like ‘who cares?’” McBride explained to a stunned audience. “Don’t get me wrong, I loved the first season, but wasn’t there a whole season about me playing house somewhere or something? You remember that shit? No zombies or anything, just about me talking to little girls.”

“Filming this nonsense was hard enough, I’m not watching that shit,” she added.

McBride was cast by original showrunner, Frank Darabont, who was unceremoniously let go during filming of the second season. Ever since, concerns among fans have arose, questioning her level of commitment towards the show.

“Maybe I’ll catch up if I get sick and spend a week in bed or something, but I’m not watching this thing live,” she said following the midseason finale.

After the somewhat awkward show, Hard Style caught up with host Chris Hardwick backstage to get his impression on McBride’s comments.