So Close! This Dying Fan Was the Runner up for the Big “Rise of Skywalker” Dying Fan Private Screening Promotion 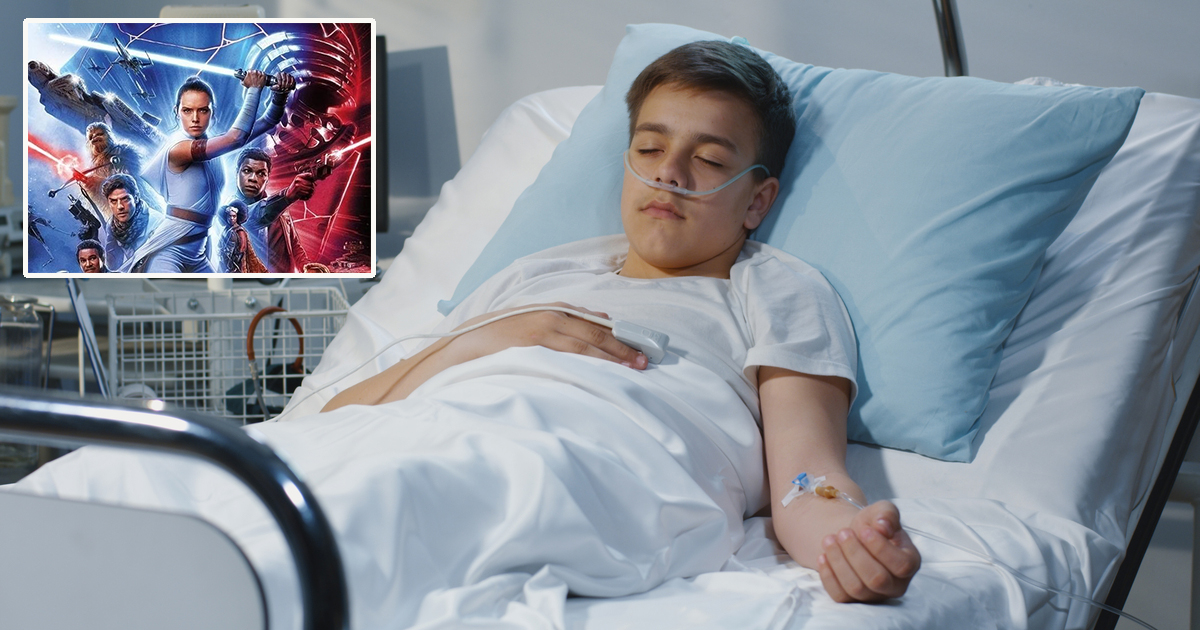 By now you’ve all seen that viral story about the dying Star Wars fan who was granted a private screening of “Rise of Skywalker,” and that’s no accident! Much like happy meal toys and collectible cups, private screenings for dying fans are an integral part of the promotional packaging for giant blockbuster films. But with so many dying fans, how does Disney CEO Bob Iger choose just one to be the big winner?

That’s the question little Timmy Stabbers will be asking himself until he shuffles off this mortal coil a few weeks from now. Timmy is a 12-year-old Star Wars mega fan with stage four Hodgkin’s Lymphoma and he was this year’s runner up for the big dying fan screening contest.

We sat down with Timmy to ask what it felt like being so close to seeing the new Star Wars movie before anyone else.

“I have to admit I’m disappointed” Stabbers confided. “I kept telling myself not to expect to win but my hashtags were getting a lot of traction and it kind of felt like I had this thing in the bag. I have to say this is the second biggest letdown I’ve ever had. The first is, well, pretty obvious.”

We also reached out to David Inez, head of the Star Wars viral marketing team.

“Timmy is an adorable dying kid and naturally our first instinct was to select him. But on second thought we were like, ‘Wait, is a dying 12-year-old maybe too sad?’ Obviously we’re going for an emotional gut punch but not so hard that it taints the product. You have to be sensitive in situations like these.” Inez continued, “There was also the issue of Timmy’s disease, Hodgkin’s Lymphoma. Everyone on marketing agreed the name just doesn’t pop.”

Inez went on to express gratitude for the dedication of fans like Timmy Stabbers.

“We’re lucky to live in a time where we have our pick of the litter, dying fan-wise. Back when we were promoting Revenge of the Sith fans were dubious from the other prequels. We actually wound up having to get a healthy Star Wars kid and make him sick.”