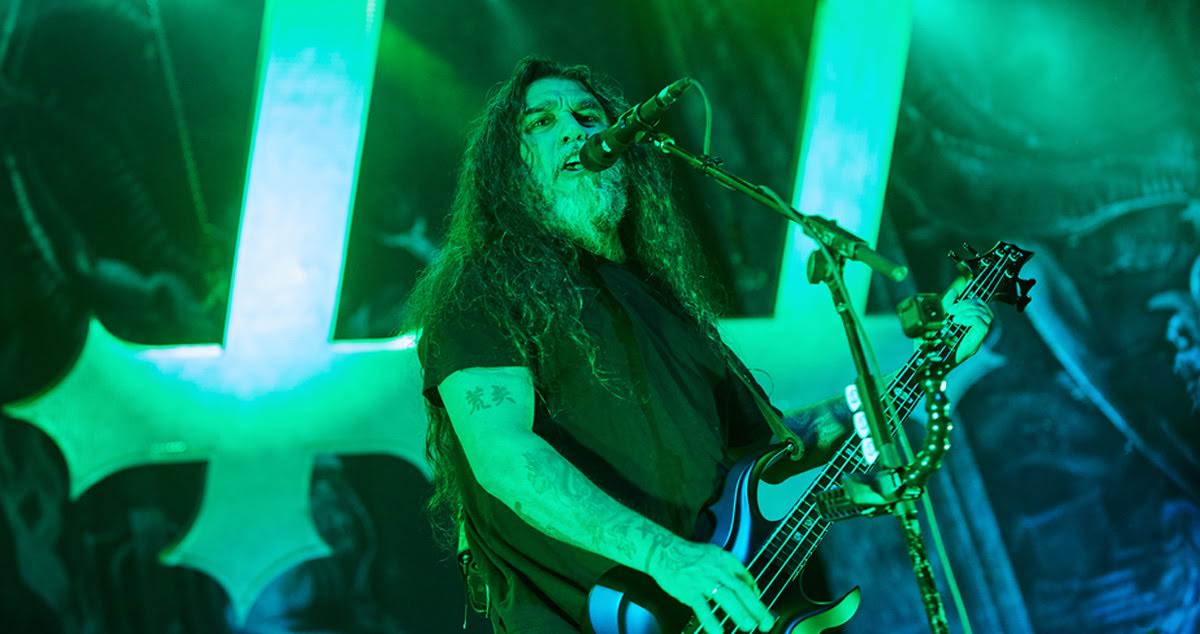 Music sets you free. It’s like an enema for your soul. I know that sounds like lame hippie shit, but it’s true. I felt it on Saturday when I saw Slayer live. Hearing Kerry King and Gary Holt shred their fingers on “Angel of Death” gave me the courage to finally man up and tell my girlfriend Sheila what happened to her cat.

I haven’t had the heart to tell Sheila that I sacrificed Mr. Whiskers to my Lord Satan. Instead, I’ve spent the last three weeks putting up flyers for her “missing” calico. I keep trying to find the right time to take her aside and tell her how he died with dignity, but the courage has escaped me. I want to tell her how he gazed silently at me with his pleading eyes as I carved his heart out with the sharpened tip of a ram’s horn, I really do. But whenever the time seems right, I’ve chickened out.

I didn’t have the guts to tell her about any of this until Slayer showed me the way. Listening to their brutal thrash reminded me that I have a duty as a loving boyfriend and devout Satanist to always be honest about my blasphemous transgressions.

As the band tore through “South Of Heaven,” I pictured how I was going to tell her. I couldn’t leave any details out, it wouldn’t be right. She needs to know how cute Mr. Whiskers sounded when he tried meowing along to our black mass chants right before we crushed his windpipe.

She has a right to know about the foul homunculi who were brought to life by Satan’s magick, and how they licked her cat’s blood off the cavern floor like honey. I’ll always remember the slurping sounds they made as they wet their rows of serrated shark’s teeth with Mr. Whisker’s vital essence, and soon this image will be ingrained in Sheila’s mind forever too.

By the time Slayer was playing “Raining Blood” for their encore, I had already texted Sheila a picture of the altar we made out of Mr. Whisker’s gutted corpse. It felt so good to get this secret off my chest! It’s going to be weird at home for a bit, but we’ll work through this. Everything is gonna fine… so long as she doesn’t find out what I did to Admiral Woof Woof.