Sad: This EDM Scenester Is in It for the Music 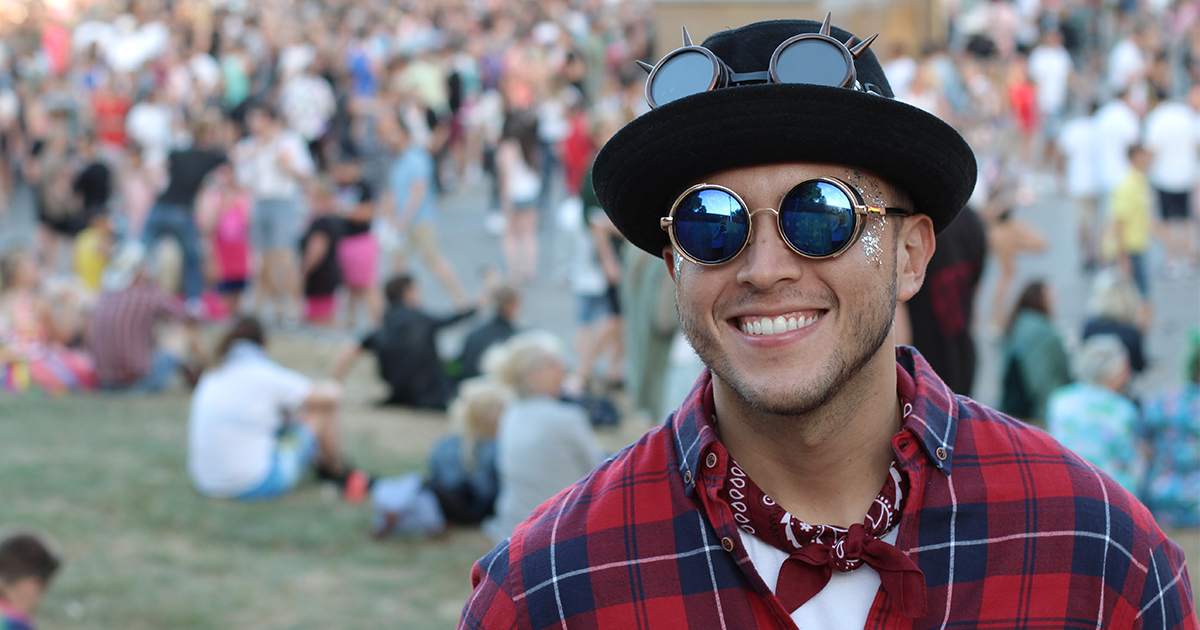 One day the Joy Division producer guy had a brilliant idea: “What if we did away with the pretense of enjoying music altogether, and the whole thing was essentially a drug market?” He hired a few “DJs” to cobble together sounds that legally qualified as music, and the EDM scene was born!

While the popularity of the EDM scene has seen its highs and lows over the last 3 decades or so it still persists and just won’t die, and for one very specific reason: Cops hate loud noises. Unfortunately, one young man seems to be unaware of this fact, and pretty confused in general.

Eric Hernandez goes to EDM shows for the music. This sad sack is so desperate to be a part of something that he has somehow managed to convince himself that he enjoys literal noise produced as a smokescreen for the buying, selling and use of illegal narcotics.

Eric’s enthusiasm for electronic music is confusing and alienating to everyone around him, most especially those within the scene. Here’s what a few of his “idols and contemporaries in all things beatz” had to say:

“He came up to me outside the venue and went on and on about what a great ‘set’ I did, and I’m all like ‘yeah yeah, what you need?’ but he just kept going about how good my music was. I was just like “what the fuck are you talking about?” but, I guess he digs it? I mean, he called it ‘music.’ Weirdest experience I’ve ever had in my life, hands down.”
Tripp Sellz, EDM “DJ”

“At first I thought he was a cop but like, pretending to enjoy EDM? I think even a cop is smarter than that!”
Cindy Wellman, EDM “Fan”

“I thought maybe the poor guy just needed a friend, so I tried to be his friend, but you know what he wanted to do when we hung out? Listen to and talk about EDM. Maybe his brain is damaged? That’s the kindest explanation I can think of.”
Jimmy Perns, EDM “Fan,” “Healer”

“If I could score molly literally anywhere else, I would. The fact that this dude is here sober and of his own volition is fucking ponderous to me, and frankly unnerving.”
Abby Rodriguez, “Sound tech”

“I’m an inch away from tossing his weirdo-ass outta here for good. People work hard to organize these shows as a front for drug related business. People love drugs, and space is limited. Right now there’s some poor 15 year old kid looking to try acid for the first time and he can’t get in because this asshole took his spot. Anyone here who doesn’t have the intent to buy or sell is basically stealing from the scene.”
Bill Stubbs, Bouncer

Hey, if you’re an EDM fan then make sure you check out Your EDM and follow them on your social media platform of choice @youredm