Review: Joker Is a Pointless Snoozefest That Barely Inspired Me to Shoot Anyone 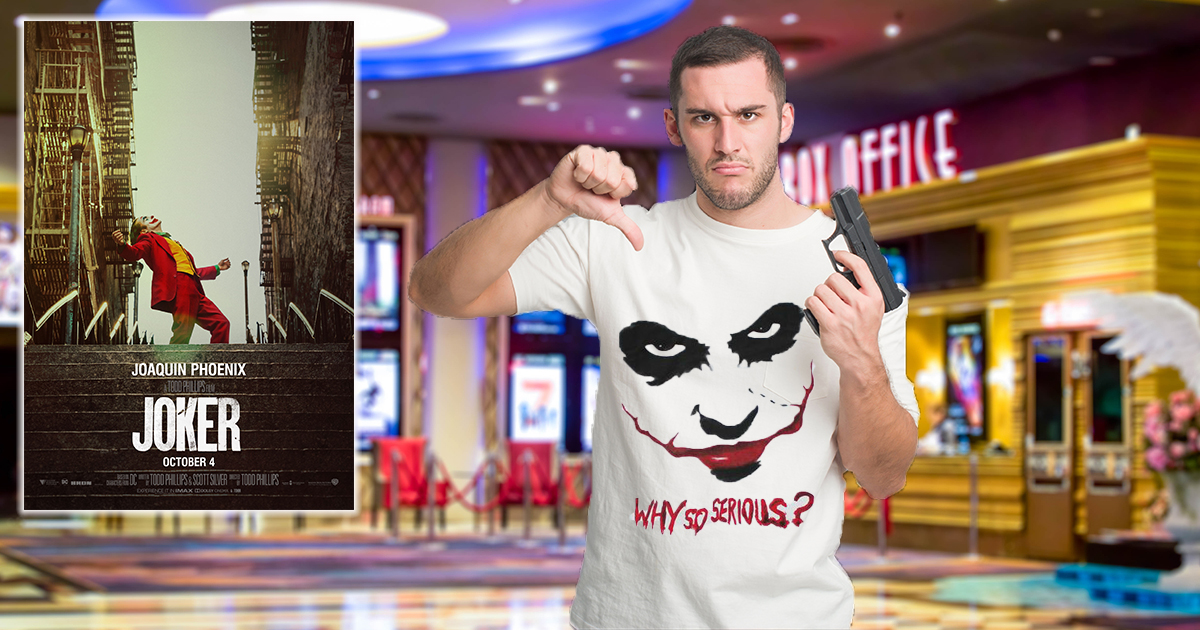 If you are looking for the spark that will ignite the flame of incel revolution, look elsewhere.

When I bought my ticket to see “Joker” opening night I was expecting a gritty standalone character study; a modern retelling of Scorsese’s “Taxi Driver” exploring themes of rejection, isolation, and vengeance. I was expecting a film that would activate and radicalize me as an involuntarily celibate white male. I was expecting to charge out of that theater guns blazing, mowing down anyone and everyone in my path in a blind fever of anarchistic rage.

What I got instead was a messy exercise in compromise and pseudo artistic fan service. By the time “Joker’s” confusing and boring third act reached its impotent conclusion I could barely keep my eyes open, let alone slaughter dozens in a fit of misplaced rage. My Rating: Two thumbs (that have never touched a woman no matter how nice I am) down.

Joaquin Phoenix certainly doesn’t phone it in. It could be argued that his performance is the only part of the movie that even comes close to making me want to punch someone. Like, it’s good. It’s just not ‘I am the supreme gentlemen and you will all suffer for ignoring me’ good.

Both in plot and politics, this movie is all over the map. The Joker kills wall street guys and starts Antifa because conservatives cut the funding for his medication, but then the city likes him and he gets a girlfriend but then that’s made up but he’s Batman’s brother but not really? Look movie, just tell me who to point the gun at!

I wanted to like this movie enough to kill. I really did. And I am a notoriously impressionable viewer! Remember when “Fight Club” inspired people to start their own fight clubs? Well, it inspired me to shoot people.

Even the few people I did shoot as a direct result of watching Joker could tell my heart wasn’t really in it. It just couldn’t be helped. Throughout “Joker’s” grueling two hour run-time so little happens that I don’t think I even killed four people afterwards.

Well, at least we finally got to see Bruce Wayne’s parents die.