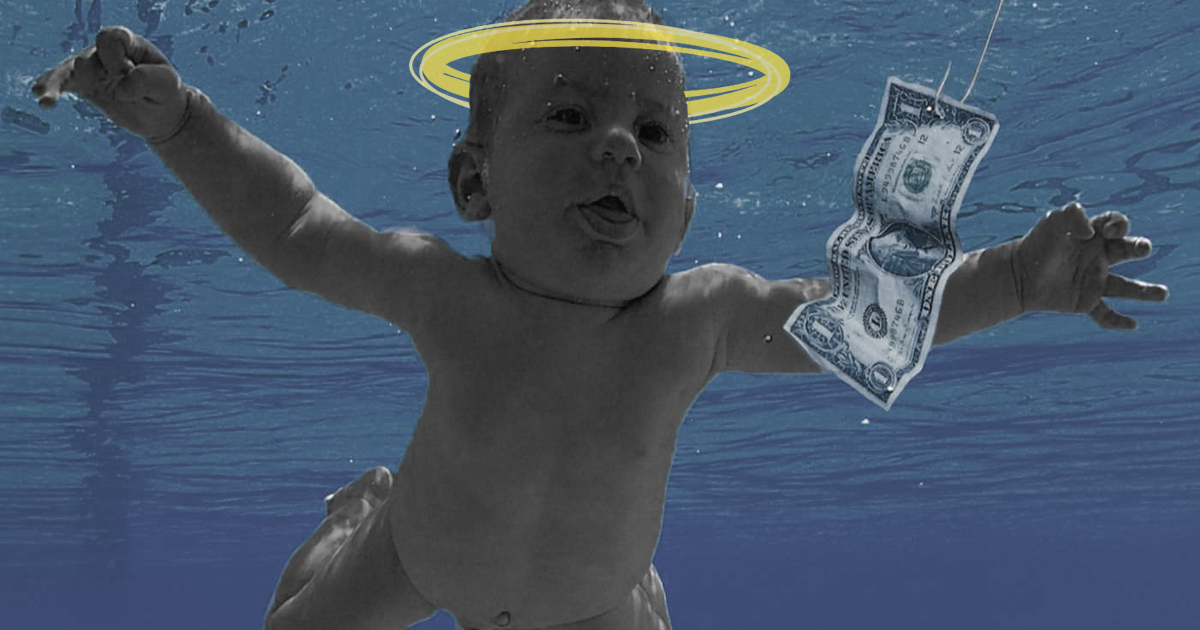 We all remember Nirvana’s iconic album Nevermind, but often fail to pay tribute to all the babies that drowned to make the legendary cover. To create the album’s artwork, photographer Kirk Weddle required a young child to be submerged underwater for a full three minutes, but notoriously had to keep restarting production after a bunch of infants mysteriously suffocated during their would-be breakout performances.

Kurt Cobain once stated that Nirvana’s famous yellow smiley face logo is an homage to all the babies that died that day. Let’s take a moment to remember each one of those postnatal kids who passed away in the name of grunge.

Baby Tyler
“That boy straight up sank like Krist Novoselic’s credibility. It was an incredibly devastating day for our family, but we got so rich from the court-mandated album royalties that it pretty much made up for it.”
– Jonathan Preet, Tyler’s Father

Baby Alicia
“I was saddened when I heard the news that me and my baby were not going to be famous from this album cover. Thankfully, a couple of years later my other two daughters were featured on the Smashing Pumpkins ‘Siamese Dream’ album, so my lifelong dream of exploiting my kids for financial gain and attention came true after all. Fun fact: We actually had the girls surgically sewn together for the shoot, but you can’t even see it!”
– Alicia Riedel, Mother of Baby Alicia and The Alicia Twins

Baby Evan
“Kurt once personally called me to apologize and told me that he wrote a tribute song for little Evan called ‘Heart-Shaped Box’ that was going to be on the next album. But after reading the lyrics a few hundred times, I still don’t get what he was trying to say. Kurt was either a mad genius or had no idea how to write lyrics.”
– Robert Livingston, Baby Evan’s agent

Baby Gorilla
“After the first batch of babies drowned by lunchtime, we decided to shake things up and throw an animal into the mix. Turns out, gorillas don’t swim. If only we had the internet back then to give it a quick Google beforehand. Long story short, the zoo was pretty upset when we told them that we accidentally murdered Boo Boo Bunsons. Whoopsies.”

“Thank god the next baby we flung into the pool worked out because we only had so many babies budgeted with the record company.”
– Alec Gains, prop master