Is Punk Dead? How the Hell Should I Know? I’m a Bernese Mountain Dog 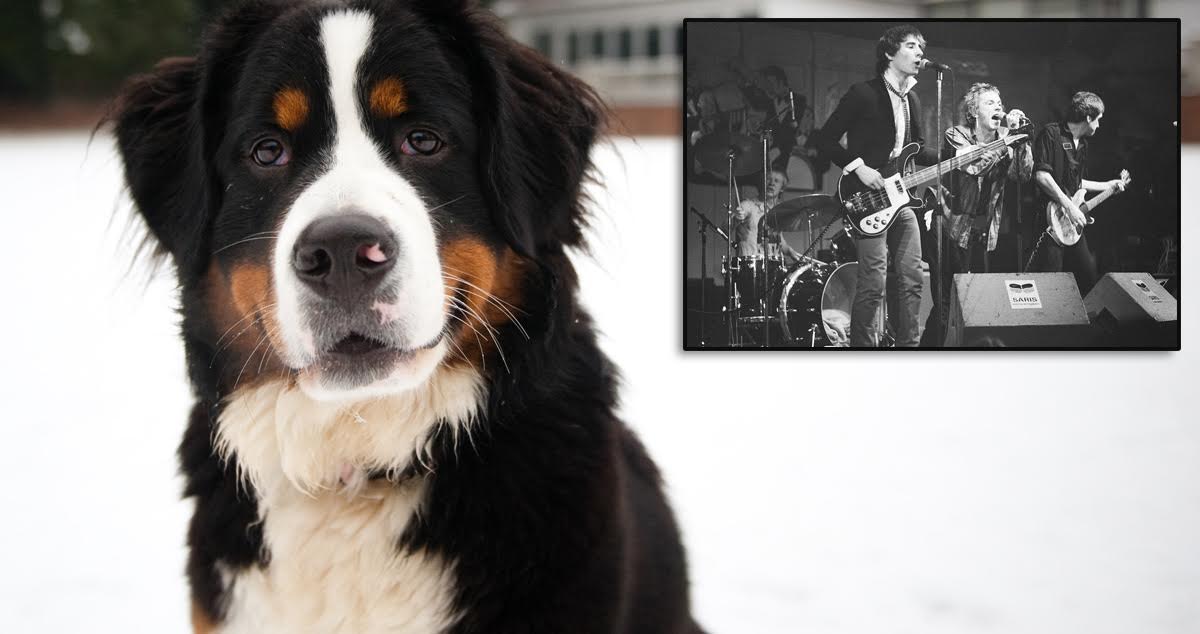 It seems ever since it’s birth, the debate has waged as to whether or not punk is dead. There are those that will point to the use of punk music in commercials, while others will argue that mere mainstream knowledge of existence marked its death. Those who believe punk is still alive and well will say that it simply evolves with the times. This is often a personal and nuanced issue that I don’t have all the answers to, but I do know one thing — I’m a dang Bernese Mountain Dog and I demand belly rubs right now.

In the early days of punk fashion, everything had to be DIY. Patches, bondage pants, spiked collars, all of these things were handmade because they weren’t readily available. Now you can pick these items up in any mall in the country. In fact, you can often find strong and brave dogs like myself wearing spiked collars. Does this make us posers? On the contrary, this makes us very handsome, good boys who are smart and good at digging.

These days, it’s not uncommon to find Ramones or Misfits branded merchandise at big box retailers. Does this widespread availability mean that an authenticity has been lost, or is punk culture simply enjoyed by a larger audience? Do treats that come from a Clash lunch box taste any different? No. All treats are good. Please pick up some treats from that big box retailer.

The debate whether punk is dead is one that will wage on for as long as underground culture exists. The cycle is doomed to repeat itself. A new subculture will emerge, people will relate, and it will catch on. Then too many people will relate, it will become a part of mass culture, and the subculture will be pronounced “dead” by those who were part of its inception. Then a new subculture will be born of its ashes. Punk may or may not be dead, but it’s not as dead as the squirrel I left on your pillow for you. Now if you’ll excuse me, I have kitties that need chasing.

Who’s a good boy? Let us know in the comments below!