Poser Report: I Go To Shows All the Time if You Count Church 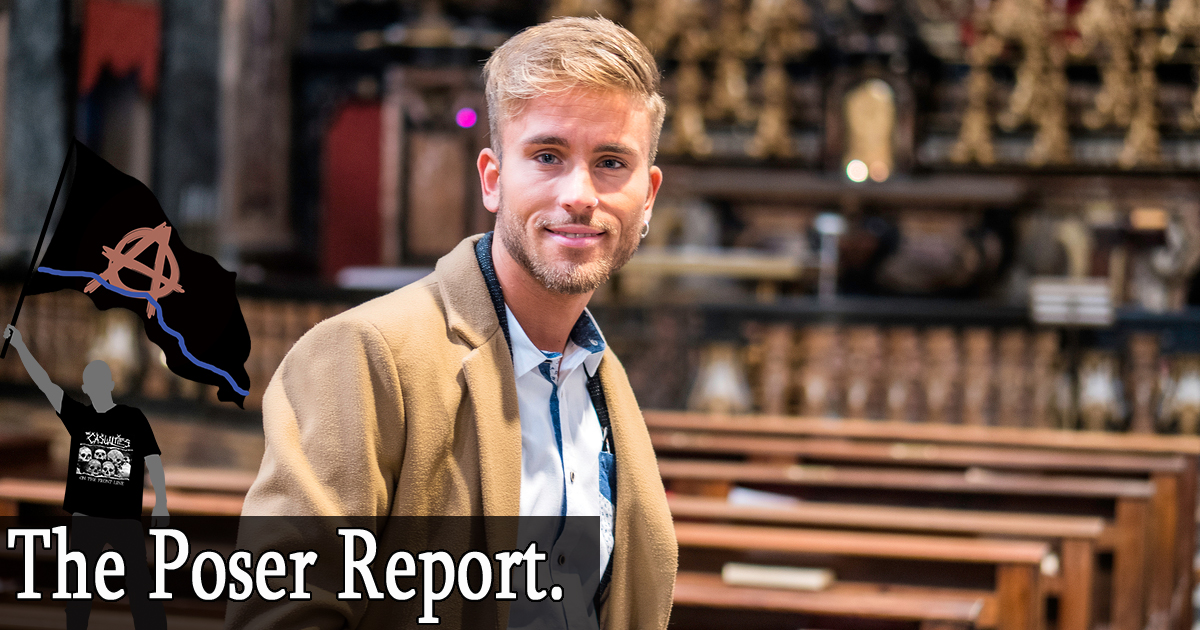 Yeah dude, I love going to local shows! I go to at least one show a week, mostly on Sundays in the morning. Wait, we are counting church right?

Because if we aren’t counting church, then I’ve only actually been to like one show. There’s no reason not to though since church and local shows are basically the same thing. Some long-haired guy lectures the crowd for 40 minutes and then the band plays two or three songs. The only difference is that one has songs with lyrics about some vaguely violent subject matter ripped right out of the middle ages and the other is a DIY punk show.

Who needs shows anyways? Not me. Loud music? Swearing? Staying up past 9pm? No thank you! I’d much rather be in bed eating plain saltines and watching “God’s Not Dead” than trapped in a basement filled with young people who have tattoos and use… *gulp*… cannabis.

I only smoke one drug, and his name is Jesus.

I can’t understand why anyone would prefer a smelly basement over the megachurch I go to. Our stage has professional grade lighting and sound equipment and is nearly the size of a small football stadium. We’ve also got a swimming pool, gym, movie theater, arcade and a bouncy castle. What don’t we have? Sinning and taxes.

Church not your speed? Well you’re in luck because I’ll be hosting a youth bible study at the library on Saturday. We’ll start by reading a few passages, and then yours truly has a couple of original songs about a certain son of God that he’d like to share with the group.

If a righteous guy like me singing about the holy spirit in this increasingly secular world isn’t punk rock, then I don’t know what is.

Look, I understand that church might not seem very “fire” or “TikTok” or whatever term the kids are using these days. It’s not for everyone, and I respect your opinion not to attend. It’s morally wrong and just plain insensitive to force religion on people. All I’m saying is that everyone who doesn’t go to church every week will burn in hell for all eternity.

Sorry, I don’t make the rules!