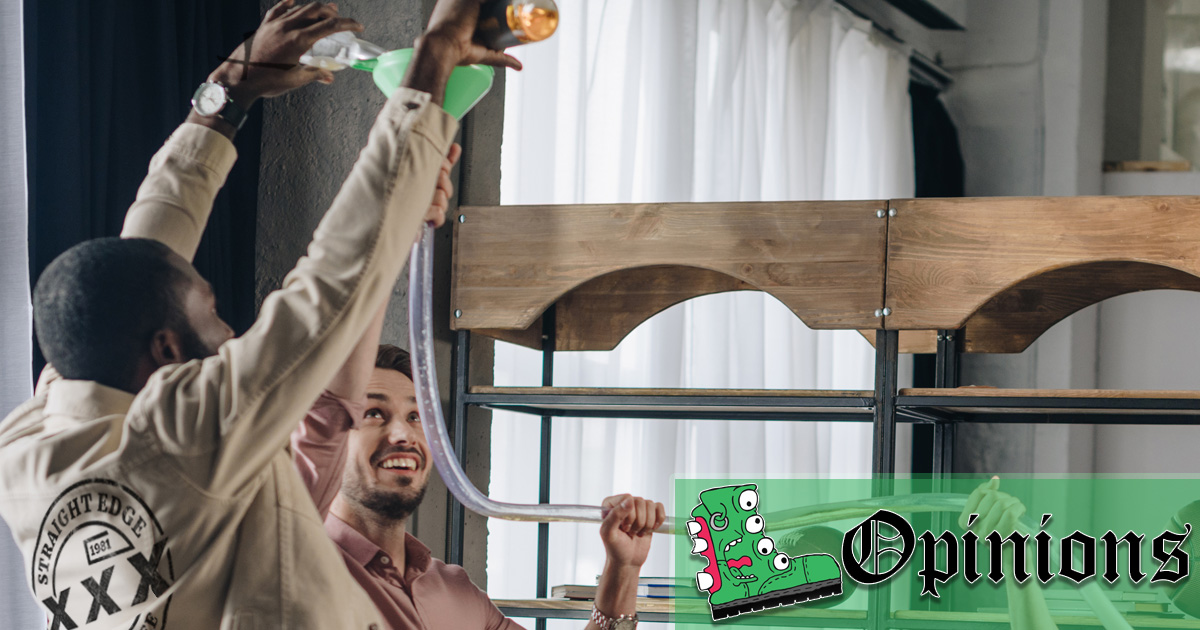 Listen up, we all know the rules of being straight edge. No tobacco, no drugs, and no alcohol… through your mouth. But I’ve recently come upon a little bit of a so-called ‘poophole loophole’ with regards to alcohol that I think people really ought to know about.

Granted, I heard this from a pretty religious girl I know but apparently it ‘doesn’t count’ if you do it in your butt. Buttchug, funnel up your ass, dousing a wet wipe in vodka and sticking it in your butt, whatever you wanna do… none of it counts! Being straight edge isn’t really all that much about drugs and alcohol, it’s just about following the rules. And apparently if you only let the liquor flow through your crack, you’re still an ‘alcohol virgin’ so to speak.

Now, I’ve only confirmed for sure that the poophole loophole works with drinking but I would not at all be surprised if that’s only because it’s the easiest of the loopholes to perform. I think if you wanna light up a cigarette in the middle of a straight edge basement show, you should feel free to drop your pants, shove that cig right up your ass, and light it. Smoke up, dude, you’re not breaking any rules here.

If you wanna go a little harder in the pit during a Have Heart breakdown no one’s gonna stop you if you rip off your black cut offs, line up some coke on the merch table, mount it like a toilet, and snort that shit right up your butt.

And if you’re cool with sticking a heroin needle right up your asshole… well, who am I stop someone so determined?

Because in the end, being straight edge is about taking care of your body- it’s about community. It’s about living the hardcore lifestyle and not conforming to the mainstream. And now, as we all agree, it’s about pouring drugs, tobacco, and alcohol down the hatch. The butt hatch.