Opinion: I Am Part of the Resistance Inside Morrissey’s Touring Band 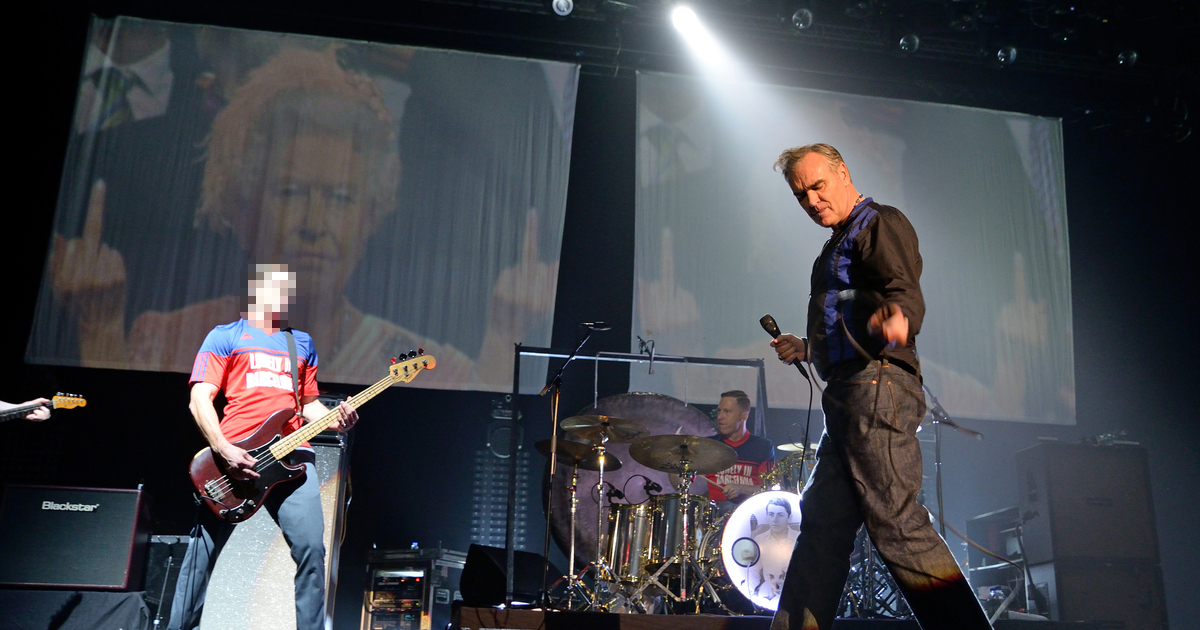 The Hard Times is taking the rare step of publishing an anonymous Op-Ed essay. We have done so at the request of the author, a member of Morrissey’s touring band whose identity is known to us and whose job would be jeopardized by its disclosure. We believe publishing this essay anonymously is the only way to deliver an important perspective to our readers. We invite you to submit a question about the essay or our vetting process here

Morrissey is facing scrutiny unlike any ’80s pop icon desperate to stay relevant has ever faced.

It’s not just that he’s generally perceived to be arrogant. Or that he can’t go one week without saying one of the most racist things you’ve ever heard in your entire life. Or that his own fans may very well stop going to his shows because he has stopped going to his shows.

The dilemma – which he does not fully grasp – is that members of his own band are working diligently from within to frustrate parts of his militant vegan agenda and his most narcissistic inclinations.

I should know, I’m one of them

To be clear, we want Morrissey to succeed. Some of the songs he’s written since The Smiths broke up have been pretty ok. But we believe our first duty is to the fans, and Morrissey continues to act in a manner that is detrimental to their best interests.

That is why many members of Morrissey’s band have vowed to do what they can to preserve the legacy of his music while combating his misguided attempts to implement bans on the sale of meat and his long winded pro-eugenics rhetoric.

Though undeniably an icon of the alternative/indie scene Morrissey has clashed with many of the principles long espoused by people with tattoos and emotions: showing up to gigs and not being racist. Instead, Morrissey cancels shows last minute oh a whim and calls Chinese people a subspecies.

To be sure there has been bright spots in Morrissey’s post Smiths career not covered by the media. There was the time he covered Bigmouth Strikes Again and replaced the lyric “her Walkman started to melt” with “her Ipod started to melt” and it made the song better and definitely was not hugely embarrassing for everyone involved.

But these successes have come in spite – not because of – Morrissey’s insistence that anyone who eats meat would have supported the holocaust or his ridiculous position that I’m not playing the bass part to Hairdresser on Fire properly. I mean, you know, hypothetically. I’m not the bass player. Er, I mean, I could be. I could be anybody.

Just know that as bad as his behavior gets sometimes it would be much worse without us few unsung heroes in the band doing what we can to keep him in check. The other day I peeked into his notebook and saw lyrics and chord progressions for a song titled Kevin Spacey Never Did Anything Wrong. I threw it away when he wasn’t looking and he moved on to the next thing. This sort of thing happens a lot.

You know what I just realized? I don’t necessarily have to be someone in the band, like, proper. I could be a guitar tech or a roadie or whatever. I could be anybody. I am definitely not the bass player.

The point is there is a quiet resistance within Morrissey’s inner circle choosing to put fans first. Whether it’s convincing him to actually show up to a gig when he’s having one of his many moods or hiding his list of talking points when a reporter calls to ask him about Brexit, we’ve got your back.

I am so fucking sick of vegan hot dogs.