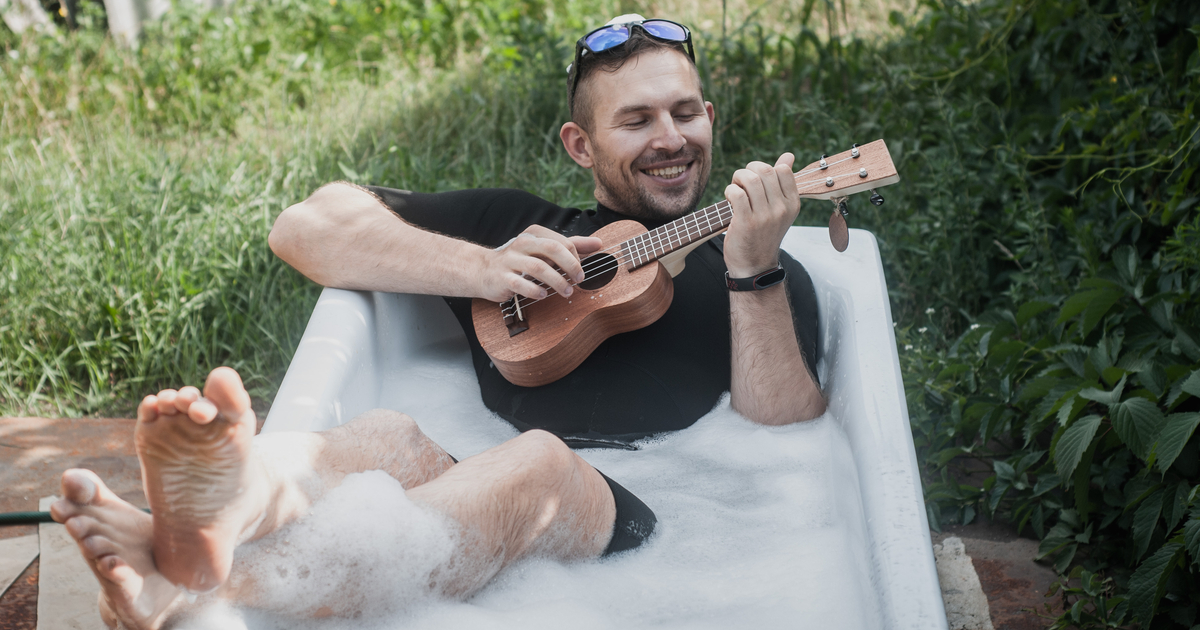 Bum-bum-diddily bumbumbumbum! Remember that thrilling sound of humming, super-wet reverb from the first time you watched Pulp Fiction because some video-store guy implied you were dumb if you hadn’t? That’s surf rock, motherfucker!

A predominately instrumental rock genre that peaked in the early ‘60s when people remembered they could sing along to music, surf rock has long been associated with tremolo picking, your dad’s rare good moods, and that great big thing we call the ocean. But did you know it’s not the only hyper-specific musical subgenre to take inspiration from water? How about:

Boat Metal: One of the infinite variations in heavy metal that sprouted up in the 1980s, Boat Metal is typified by its deep tunings, growling vocals and subject matter that exclusively involves the construction, sailing technique and quality of seagoing vessels. Bands like Nautical Death, Anchors A’Slay and Dokken had a brief heyday, before the technical difficulties involved with hauling electrical equipment on open water caused a number of tragic concerts.

Hydrobilly: Considered a throwback to the earliest sounds of 20th century rock n’ roll, but wetter, hydrobilly’s most obvious characteristic is its fetishizing of 1950s naval fashion. Most fans live a lifestyle of vintage revved up motorboats, highly stylized crew cuts and a sound heavily indebted to the rhythmic sound of water sloshing back and forth. A revival in the early 2000s brought the style to a wider audience, who swiftly rejected it.

Rub-a-Dub: Less a distinctive subgenre and more an evolution of electronic experimentation, rub-a-dub was created when stoned recording engineers noticed how crazy stuff sounds when you hear it in a bathtub. Since then, the term has come to be applied to any number of remixing techniques; its consistent quality is that sound must be shaped around sitting in a semi-filled bathtub and just getting really, really high.

Dolphincore: Most known for its distinctive “EEE EEE EEE” vocal style, dolphincore is essentially a faster, more aggressive version of waterpunk. Songs like “Blowhole” “Fin Edge” and “Bottlenose Violence” reflected a more politically charged, less nihilistic ethos, while Tipper Gore’s political opposition to what was deemed “marine mammal subject matter harmful to developing minds” caused dolphincore venues to be cracked down on through the 1980s.

Ska: Perhaps the most famous example of these rock subgenres, most ska purists decry the recent waves of popularity that caused the original aquatic themes to be, ironically, watered down. While the original Jamaican styles of ska were rich with political activism, religious themes and a connection to the sea, mainstream acceptance has turned this once unique style into a joke. A terrible, awful, laughable joke.