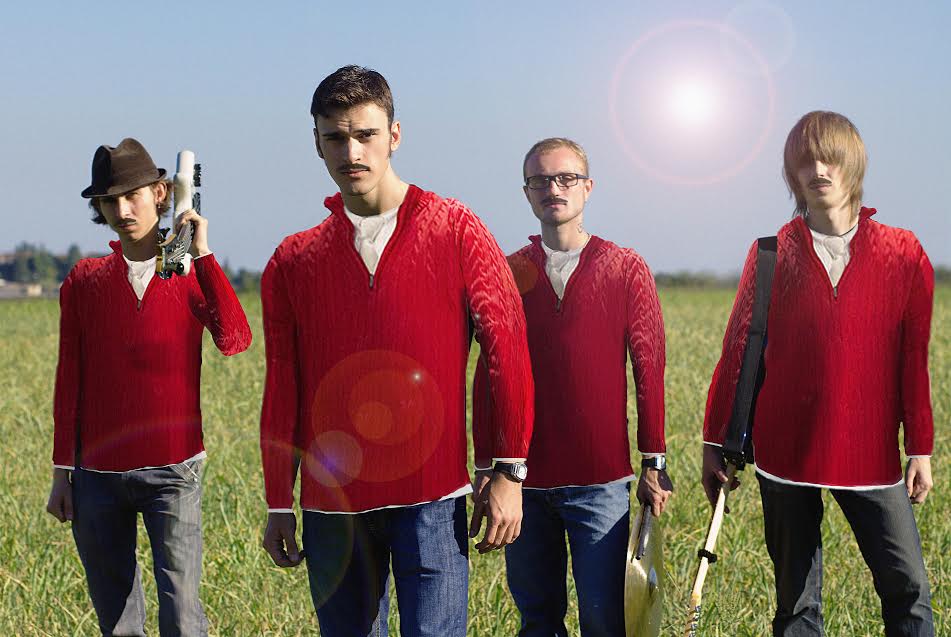 The biggest story coming out of the second presidential debate was not the candidates’ positions on domestic or foreign policy, but instead a mustachioed, red sweater-clad, undecided voter named Ken Bone who instantly became an internet sensation.

After the debate, social media was awash in memes depicting the Bone. Now, a new metal band called Ken Bonestown Massacre have burst onto the scene hoping to capitalize on Bone’s quickly evaporating 15 minutes of fame.

We sat down with Michael Purkerson, the founder and frontman of the extremely transparent, boring, and predictable publicity stunt.

Hard Style: How did you come up with the concept of Ken Bonestown Massacre?

Michael Purkerson: Well, like a lot of people I saw Ken at the debate and thought, “Wow, this dude is metal as fuck.” But instead of sitting around and making memes I thought, “I need to do more.” So I went to a Goodwill, bought 5 red sweaters, got some buddies together, and (after drafting a press release) went straight into the studio to record a 17-song LP called “Ken Bone’s America.”

Do you write songs you think Ken Bone would enjoy?

Absolutely. We have a song called “Red Death” about his sweater, a song called “Canary in a Coal Mine,” because he works in a coal plant, and “Ken Loves Heather,” which is a ballad about how much he loves his wife.

Related: Greg Graffin Cancelled Our Interview, but Here Is Some Stuff We Think He’d Say

How has the reception been to the band?

We are very popular with people who have Harambe as their profile pictures on Twitter and people that only share articles based on the headline. That is our biggest demographic. A lot of people think we are just a gimmick, but I think we will be around for a long time. People love Ken Bone and nothing is going to slow that down. Nothing. I put a lot of money into this band so I need it to work out.

Have you seen the comments Ken Bone has left on Reddit that have caused the public to start changing their tune about Mr. Bone?

Do you love Ken Bone and metal? Let us know in the comments below!