What the Hell? Jack White Just Recorded His New Album Over My Wedding Video! 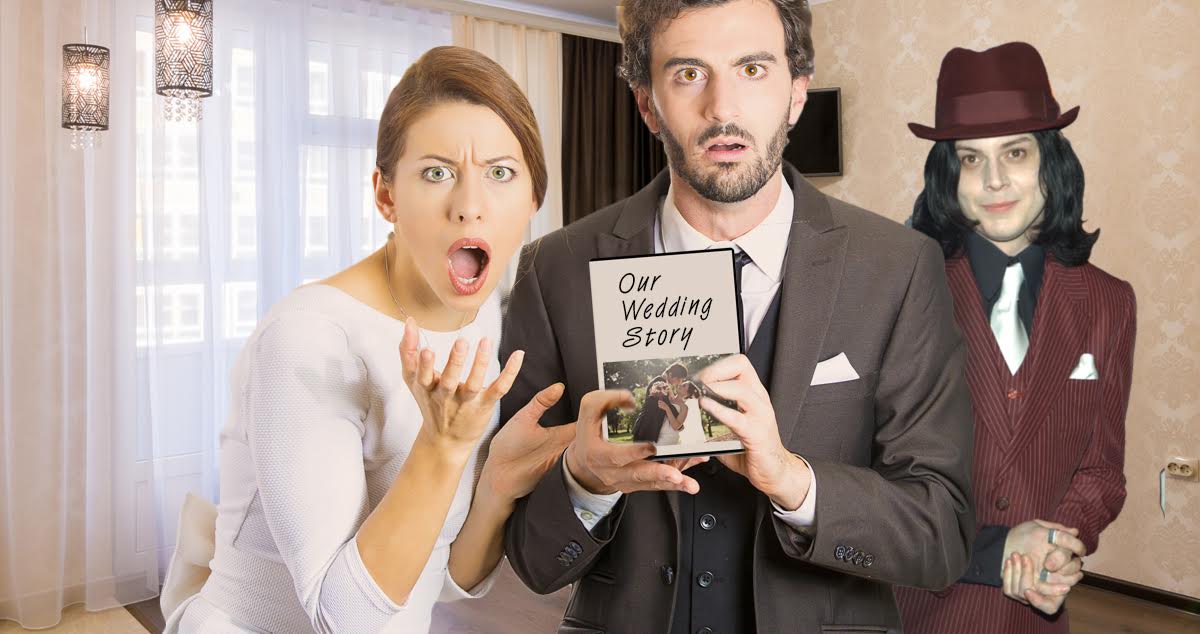 I was excited as anyone that Jack White had a new album coming out called Holy Moly Rice-A-Roni and was even more pumped when I heard he was recording the whole record from inside a gun safe at the bottom of Lake Tahoe. But why did he have to go and record the thing over my wedding video?

Apparently Jack thinks that the magnetic ferric oxide powder strip on a VHS tape is the most “pure and unmolested” sound recorder ever created and that the audio quality is like “hearing an orgasm filtered through a Cracker Jack prize,” whatever that means.

Jack, I get it, vintage is “in” and experimenting with analogue sound devices is kinda your thing but did you really have to use the VHS copy of the happiest day of my life? Seriously, you could have used my tape of Airplane 2 that I recorded off of TV in 1995. Or just buy your own! Walgreens still sells blank VHS tapes for some reason.

I still don’t know how Jack got his hands on that tape, did he break into my house? All I know is that when my wife and I went to watch the video of our vows on our anniversary last night all we got was a demo for Jack’s new single Neon Yellow Hurricane. Gone is the ceremony, gone is the reception, gone is the best man toast (which was hilarious, by the way), all replaced with a fuzzy cover of the Kitty Wells’ song If Teardrops Were Pennies. That tape was the last known recording of my grandmother before she died!

Jack claimed that he wanted the “ghostly voices” of the previous recording haunting the new tracks. I don’t know if I’m buying that. Are you hard up for cash, Jack?  All you have to do it ask. I’m sure we could crowdfund ten bucks for a blank tape.

This is worst than the time Werner Herzog made a documentary using footage of the birth of my children without permission.