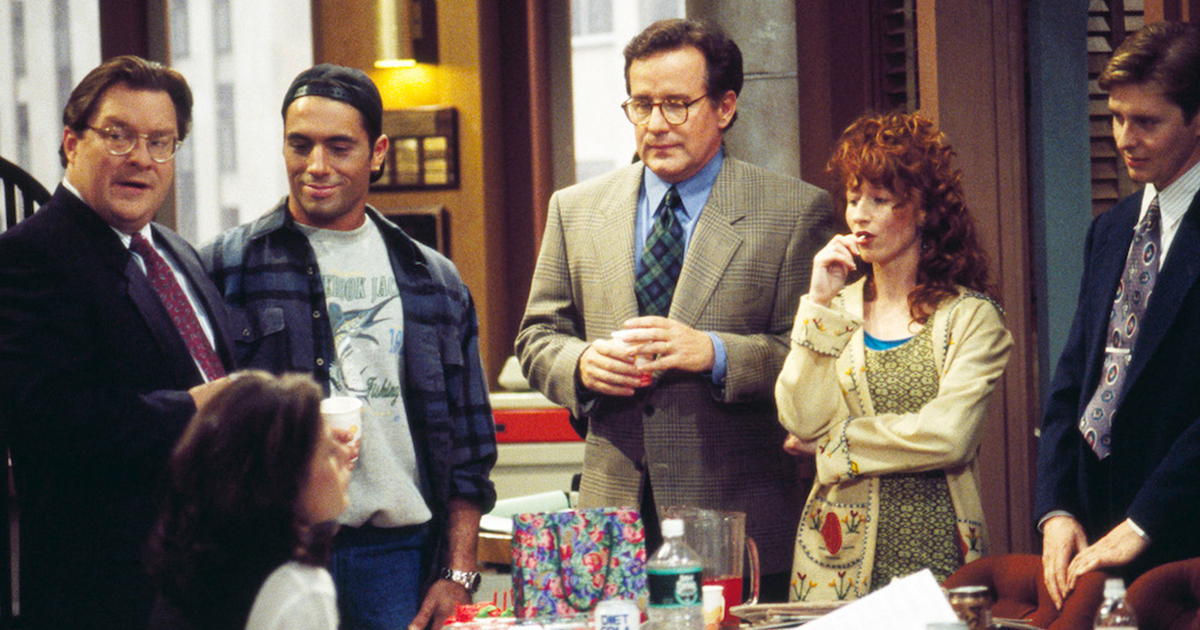 There’s no denying the dangers of misinformation in the age of Covid, but are we pointing our fingers in the right direction?

I recently came across an article from a reputable news outlet that accused Joe Rogan of using his broadcast to spread misleading data about the coronavirus. I take the threat of Covid very seriously but I have to be honest, I think whoever wrote that article is seriously misremembering “NewsRadio.”

From what I could recall Joe Rogan didn’t even play a newscaster on that show. He was an every-man maintenance worker whose name was also Joe. I decided to binge “NewsRadio” to find anything Covid related and I gotta say, other than a fair share of belly laughs, I came up empty.

People keep talking about how powerful and influential Joe Rogan’s show has made him, but from what I can see he’s not even really the lead. Phil Hartman and Davey Foley really steal the show, and even among the supporting cast, Stephen Root is really the one who shines. Rogan seems to exist primarily as a foil to Andy Dick’s, “Matthew,” and while Joe is made a bit more 3-dimensional later in News Radio’s run, I would hardly call it “Joe Rogan’s show.”

While Joe the repairman does employ some fairly unorthodox methods and “dangerous ideas” when it comes to maintaining the building — methods that if replicated in the home could lead to fires or electrocution — these methods are, for the most part, played for laughs. When he, for example, fixes the light by jamming a screwdriver into the fuse box causing sparks to fly everywhere, I didn’t find myself saying, “I guess that’s how you fix lights.” I was more thinking, “Look at this jabronee, he sure is dumb!” and then a laugh track confirmed my suspicions about Joe’s intelligence.

In the entirety of “NewsRadio,” there was only one episode where Joe was even on mic, when Catherine gets sick and Bill recruits Joe to fill in, fearing a professional would outshine him. Far from spreading dangerous misinformation, however, Joe proved to be a fully competent and charismatic newsman, much to the chagrin of Bill and to the hilarity of me, the viewer at home.

It’s also worth noting that “NewsRadio” ran from 1995 to 1999, over two decades before the pandemic began. Even if the show featured a minor character flirting with anti-vax sentiment (which again I did not find) our reaction shouldn’t be “Hey, that guy is dangerous,” it should be “Holy shit, how did the writers of this ‘90s sitcom know Covid would happen? Did they create it in a lab?!”

To be completely honest I did not re-watch the Jon Lovitz seasons. No one has. I suppose it’s possible that the stress of working with someone so… Jon Lovitzy could make anyone a little off their rocker. If people want to cancel Jon Lovitz on the off chance that he caused the spread of misinformation about Covid on “NewsRadio” in 1998 I’m all for it, but leave Joe Rogan alone. Trust me, you don’t want to make that guy angry. I think he knows karate.