Is America Ready for Legalized Shrooms? This Psychologist Made of Bees Says “Yes” 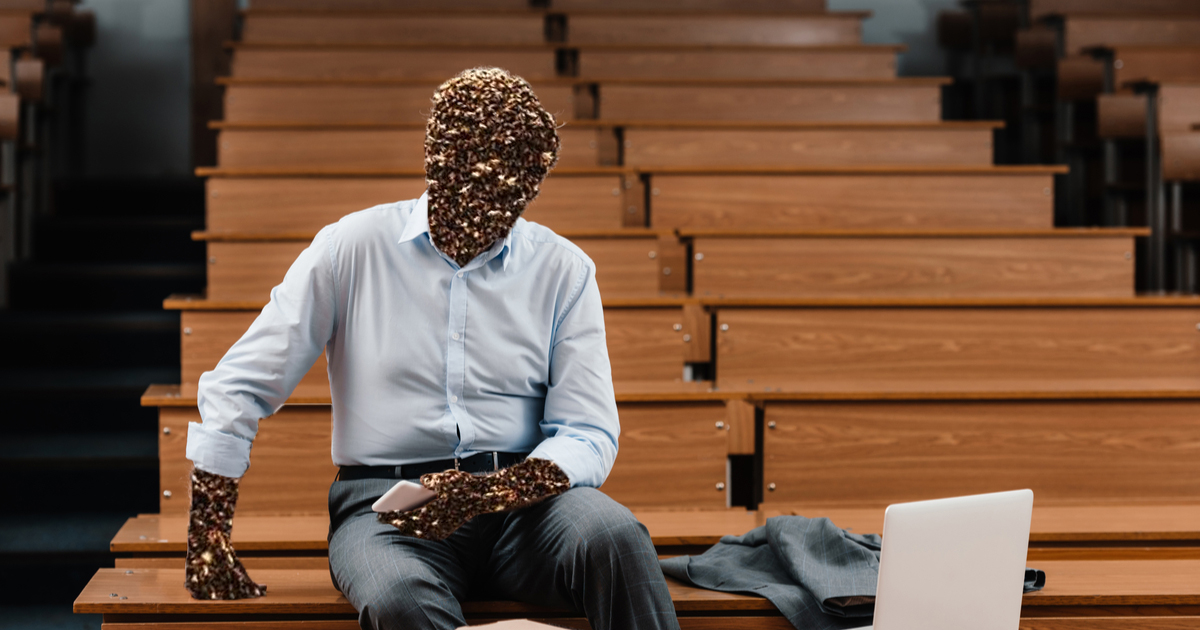 With the growing economic success of legalized recreational marijuana in 11 states it seems that national legalization is right around the corner, but could hallucinogenic mushrooms be next?

The city of Oakland recently decriminalized shrooms, a policy likely to be enacted by the entire state of California. Advocacy groups for the outright legalization of psilocybin have gained a lot of traction in recent years throughout California, Oregon and Colorado. We recently interviewed a respected psychologist who believes that legalized magic mushrooms not only could but should happen in America. He was incredibly wise, and made of hundreds of thousands of bees.

Hard Times: Thanks for taking the time to sit down and talk with us today Doctor… what was the name again?

Hard Times: Professor, do you truly believe America is ready for legalized hallucinogens?

Psychologist Made Of Bees: Hallucinogens have been legal in Holland for szzzome time bzzznow and they enjoy much lower drug addiction szzztatistics than we do in the stateszzzz.

Hard Times: Some people consider shrooms to be dangerous. Are you saying that isn’t true?

Psychologist Made Of Bees: Anything can be bzzzdangerous is you abuszzze it. Mushrooms have an unfair szzzztigma. The truth is that reszzzearch is beginning to show they can be extremely bzzzzeneficial.

Hard Times: Beneficial in what way?

Psychologist Made Of Bees: They szzzeem to help repair damage to the brain causzzzed by trauma. With terminal patientszz, they seem to help alleviate the anxiety and fear that come with faczzzing mortality. We need to reszzzzpect this drug, not shun it. It could one day play a critical roll in our zzzzsociety.

Hard Times: Hey… how are you made of bees right now?

Psychologist Made Of Bees: Doeszzz it diszzzzturb you? I can assume other forms. Here, I’ll be a snake now.

Giant Snake: Too late. I’m a ssssnake now. You did this hsssssss.

Hard Times: Uhm… so, professor, which state do you think will be the first to legalize recreational mushrooms?

Hard Times: My name is Dan.

Hard Times: This is disturbing.

Hard Times: Do you foresee other hallucinogens becoming legal in the United States, such as LSD?

My Dad Morphing Into A Wolf: It doesn’t matter what the law says! We are above the law! Now, no more talk! Tonight, we hunt!

Hard Times: What are we hunting?

Should psilocybin mushrooms ever be legalized in America? Maybe, maybe not. All I know for sure is that you should never interview a psychologists on peyote. Holy shit that was scary.