Inspiring: This 14 Year Old Bought A Pack Of Cigarettes By Believing In Himself 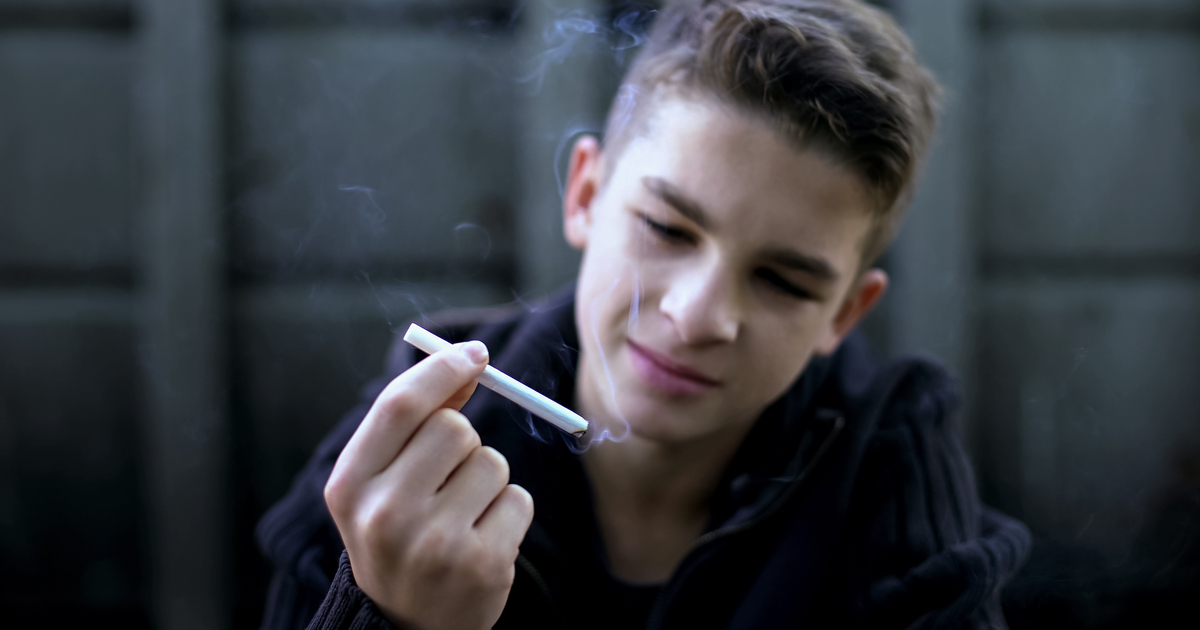 American educators obsess over keeping children on par with the rest of the world in science and math, but what good are those tools without the confidence and drive it takes to apply them?

All his life, Tommy Loomis dreamed of buying a pack of cigarettes and being cool like his older cousin Roy. There was just one problem: Tommy was 14 years old.

A long time ago the government passed a law that basically said, “Hey Tommy, you and your dream of cigarette ownership can go take a flying fuck at the moon.” Would Tommy let the adversity of some ageist law step in the way of his smoking, as it tragically had with so many of his peers and contemporaries? Absolutely not.

Armed with nothing but confidence, sunglasses and the faintest hint of a mustache, Tommy marched right up to the counter of his local corner store and said “Smokes.”

No one helped or encouraged this young boy. His parents didn’t believe in his dream. His teachers told him he should never smoke. His friends thought he was crazy, and would maybe even get arrested. Tommy knew that he had shown them all as soon as the cashier said, “What brand?”

The Hard Times managed to track down two key witnesses who offered us their first-hand perspective on Tommy’s personal triumph.

“I couldn’t believe what I was seeing! I almost pissed myself when the cashier asked Tommy for ID, but Tommy didn’t even blink! He just lowered his shades a little and said ‘Dude, I’m 35.’ He said it like he thought the cashier was an idiot, and it worked! Tommy is the coolest kid at our school and I can’t wait to learn how to smoke so I can be cool like Tommy!”
– Bill Tukington, classmate of Tommy

“Sure, if you see a child purchasing cigarettes you’re supposed to intervene, but I was so floored and inspired by this young MAN’S confidence, I couldn’t bring myself to do it. Some things are beyond the laws of man and that moment was one of them. That night I went home and made love to my wife for the first time in months. Every day I try to think about that boy buying those smokes and remind myself that we all have the power to make things better.
– Todd Burkmann, police officer

Thank you Tommy, for inspiring all of us to achieve our goals no matter what stands in our way. We’re sure that with your overflowing confidence and can-do attitude that one day you’ll be the first cigarette smoking child president of the United States!