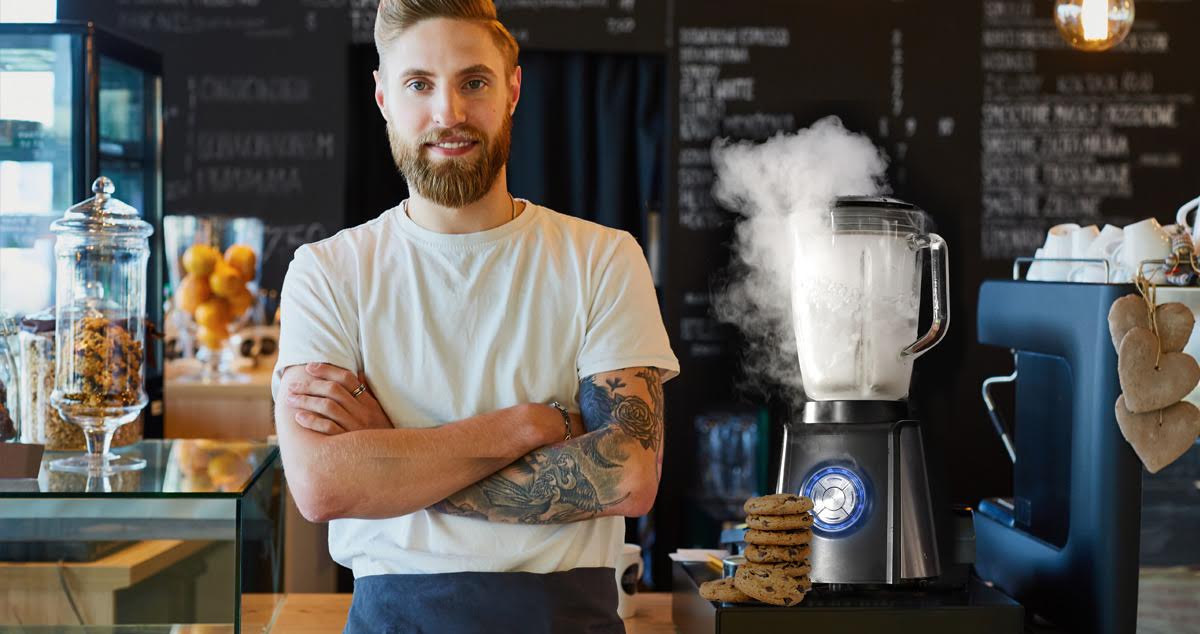 The Brittle Biscuit, located between a Thai-Czech Fusion Gastropub and Vintage Nursing Scrubs boutique in Park Slope, is the most innovative bakery to open in Brooklyn since last Saturday’s soft opening of BLUEberri Squish.

Owners,  Lo and Pho, are a quaint, genderfluid, polyamorous, Satanist couple who both have PhDs in Chemistry and Pastry Arts. They use imagination and their 15 combined years of higher education to pour liquid nitrogen over a cookie and force idiots to shell out 15 bucks for one square inch of crumbling chocolate chip dough. Social media is exploding with photos of The Brittle Biscuit’s treats from those stupid enough to wait in line for an average of two hours for a frozen solid, aesthetically pleasing, and mediocre tasting cookie!

Lo tells Hard Style they stole the idea from a shop they visited while backpacking through Sweden. How groundbreaking! While everyone else is stealing their dessert ideas from Southeast Asia, Lo and Pho had the wherewithal to go nordic!

Since arriving in New York three months ago, Lo and Pho had been struggling with nothing but a 30-tank pallet of liquid nitrogen, the inherited deed to a storefront in Park Slope, and no student debt when they decided to make their dream come true. They opened up The Brittle Biscuit and have been forcing yuppies to line up and pay out the nose for a frozen mixture of eggs and flour ever since.

Where else but in America could a dream like this come true?!

Pho is reluctant to reveal the secrets of their money making cookie process, but after spending a day shadowing them, we pretty much get the idea. It’s as easy as making a bullshit little cookie, pouring liquid nitrogen over it (for no apparent reason), adding a tiny little spoon, taking the customer’s card, swiping it on an iPhone attachment, and the debiting the account for 15 American dollars.

It’s hipster highway robbery and people can’t get enough! The Brittle Biscuit’s lines are assured to wrap around the block for years, or at least until that new rectal injection ice cream shop opens next week. #coneupmyass

Show the world you know better than to pay $15 for a bullshit cookie, buy a Hard Times shirt instead!