In Hindsight, I Regret Hiring This Pedal Pub as a Getaway Vehicle 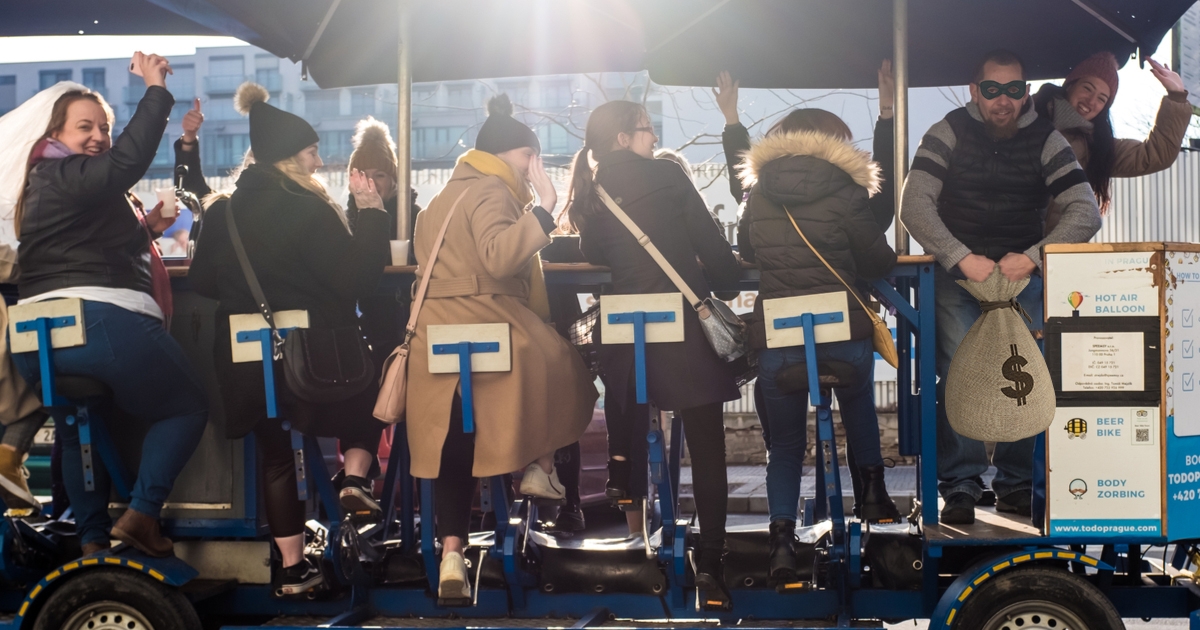 It really did seem like a good idea at the time. Admittedly I had had a few daiquiris then, so maybe my judgment was a bit blurred. But looking back now, while awaiting trial for armed robbery, I realize that a party tour pedal pub was not the wisest choice of getaway vehicle.

Don’t get me wrong, it was still a lot of fun. And had the circumstances been different I absolutely would have hired it again. But as a facilitator of a daytime bank heist it had some slight drawbacks.

For one, not a lot of storage space. I had to leave half my haul behind after those girls refused to make room behind the bar for it.

And that’s another thing. I didn’t realize that sometimes multiple groups can hire the same tour, so I ended up sharing the entire getaway with a bachelorette party from Hoboken. They were the most conspicuous thing I’ve ever seen, although I do wish Jenn and her ex-husband all the best on their vow renewal.

The biggest drawback had to be that pedal pubs are unreasonably slow-moving, which I initially thought might help me blend in after the robbery and let me just kinda Keyser Soze my way outta there. Turns out I wasn’t hiding in plain sight so much as I was being a bank robber in plain sight.

What it actually did was let the cops in pursuit follow at a leisurely pace for six blocks before they were finally able to stop laughing at me long enough to actually make the arrest. Then afterward they left me in the car while they had a drink with the bridesmaids. They really were sweet girls.

So yeah, I guess a pedal pub was a bad idea – but, you live and learn. When I try this next time, in about 3 to 5 years time, I’ll have ironed out some more details and picked a better means to make my escape.

On an unrelated note, does anyone know if a pedicab would be able to outrun a cop on horseback? Just asking.