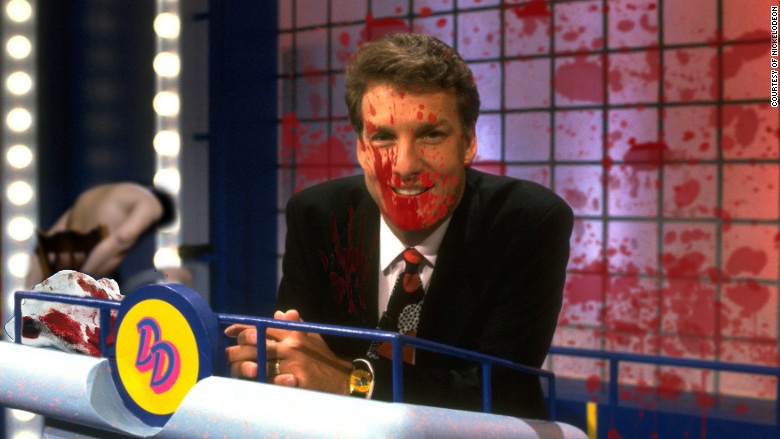 I remember like it was yesterday. My perfect nuclear family was invited to Nickelodeon Studios in Orlando, Florida to compete on “Double Dare.” That day my life changed for the worst.

Things seemed normal at first. I met Mark Summers, who smelled like the inside of a new car. We aced the trivia rounds. Things were going well, until we made it to the final round: the dreaded obstacle course.

My father stepped into the first obstacle, the Human Hamster Wheel. He began running until, finally, the flag descended. As he cheered in victory, the wheel broke free and pulled my father underneath, crushing him instantly. I will admit, I laughed before I realized the gravity of the situation.

My mom was always determined, and she wasn’t about to let her husband’s death ruin her shot at Space Camp. She grabbed the flag and plunged into the Giant Gumball Machine. As the crank turned a strange sound emitted from underneath, like a full can of ravioli put through a recycling machine. The slot opened at the bottom, revealing my mother’s hand, clutching the next flag.

My parents were shown the mercy of a quick, relatively shameless death. During the penultimate obstacle, however, my sister Trisha became trapped inside the Giant Ear. It would be several days before the jaws of life could free her. When they finally dislodged her she was still holding our mother’s hand. Weeks later, Trisha developed a terrible cough.

Prolonged exposure to the inside of the Giant Ear caused my sister to develop Wax Lung. She had inhaled a fatal amount of synthetic ear wax and asbestos. When she expelled her final bright orange waxy cough, I laid the red triangular flag she gave me upon her body.

Due to the unprecedented amount of casualties that episode, I was unable to complete the obstacle course. Even if I had won the trip to Space Camp, I had no family with which to go. All I walked away with was a sick Huffy bike.

I can still hear their screams whenever I ride it.