I Assure You, My Nazi Police Are NOT Socialists 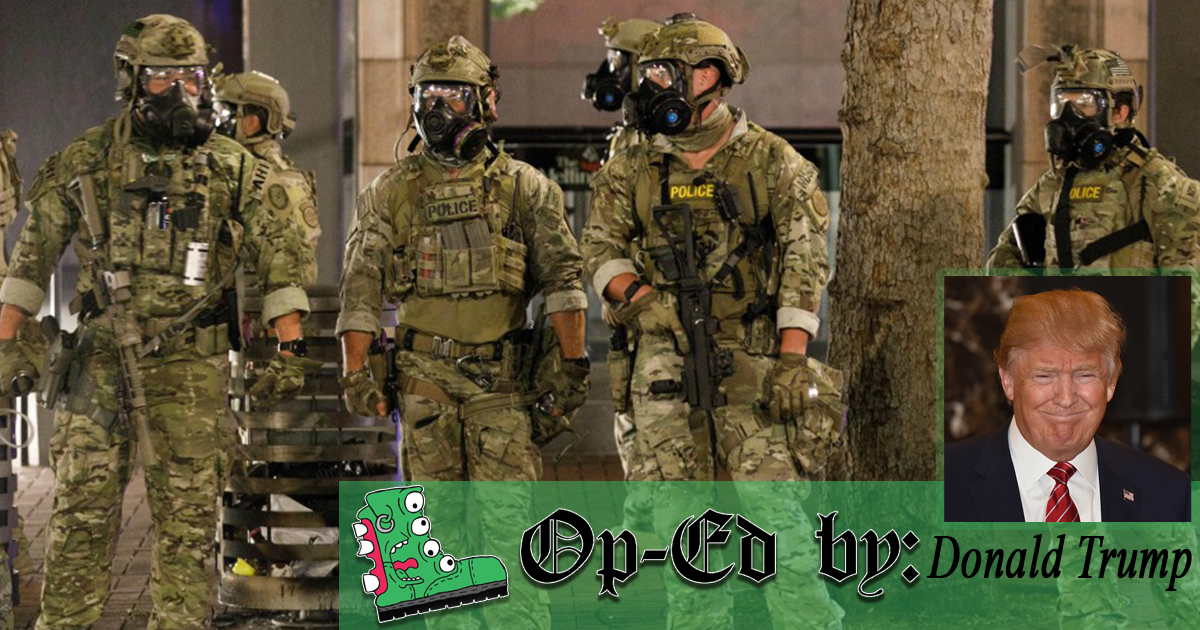 A young man came up to me while I was golfing yesterday, and said, “Mr. Trump, your Nazi socialist secret police force is,” blah blah blah, something about Portland. I told him, I can I assure you no secret police force of mine would ever be involved in such vile politics. It’s disgusting, really. I assured him as I assure all of you fine people, none of the Nazi police forces I am currently deploying are made up of socialists.

I know that in the original German—I’m talking about the GOOD German, before Angela Merkel—”Nazi” was a word that had something to do with socialism. Now, now, don’t boo. The Nazi’s weren’t perfect, but they had some good ideas. And we’re making those ideas great again. That’s why each member of my secret police—I hear people calling them the “Trump’stapo” and I like that—has been thoroughly vetted for any connection to socialism of any kind. We cannot allow ideas that take away freedom into our police state.

Folks, my protection squadron is as capitalist as they come. We have a trickle-down system. The rich are at the top and our piss “trickles down” on blue-collar workers like the police, economically speaking of course, and they, in turn, “piss” on the rights of all Americans, including their own. It’s simple economics, folks. I don’t have time to explain it, just keep fighting each other.

To any scared babies worried that the world’s best and most secret paramilitary force could abduct and detain you against your will in direct violation of your rights, you can rest easy knowing the masked men doing it are not seeking to seize the means of production. If you find yourself abducted on the streets—when maybe you shouldn’t have been outside at all—simply identify yourself as a subservient member to the throne while they’re waterboarding you with homegrown, American gasoline.

Anyway, keep fighting amongst yourselves and go Redskins!