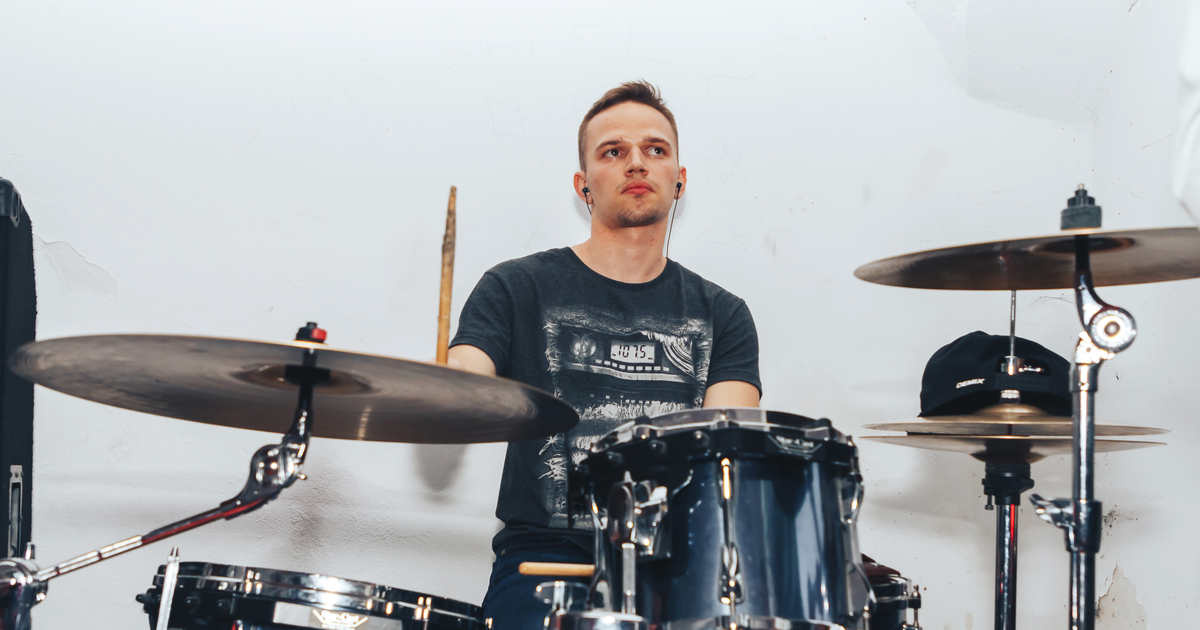 If there’s one thing I’ve learned in my two on-again-off-again years as a drummer, it’s that drummers are the foundation of any band. Not only do we provide the musical bedrock upon which each song is built, but we’re also the steadiest and most relaxed members in the group. That’s why whenever the singer or the guitarist starts getting all fussy about what a song ‘means’ or how to nail down the ‘arrangement’ or whether the lyrics are ‘racist,’ I always get things back on track by ripping the sickest, loudest drum solo I possibly can.

It’s not an easy job but I’m here to show you how to do it.

The trick is to play not only at an unbearably high volume but also with incomprehensible speed. Just like performing live, accuracy and timing aren’t nearly as important as creating a cacophony of sound no voice nor thought can penetrate. As soon as the band starts discussing anything besides where you’re eating after practice, drown them out with an endless 17 China cymbal salute. Keep pounding until everybody else in the band either leaves the room in frustration or caves and lets you count off the next song.

If you weren’t here to disrupt these dangerous discussions things might escalate into something worse like an argument between members or, heaven forbid, having to follow through on your singer’s terrible, terrible music video idea.

Oh, the other important thing to remember is that if anybody accuses you of being a dick or distracting, you can always head them off by saying you were just ‘practicing your parts.’ Remember- you’re in the band too and you definitely could have recognizable, repeatable parts if you wanted.

I hope this instructional guide helps you fulfill your duties as a drummer. Play your arrhythmic blast beats just right and your band may never have another discussion or – even better – another band practice ever again.