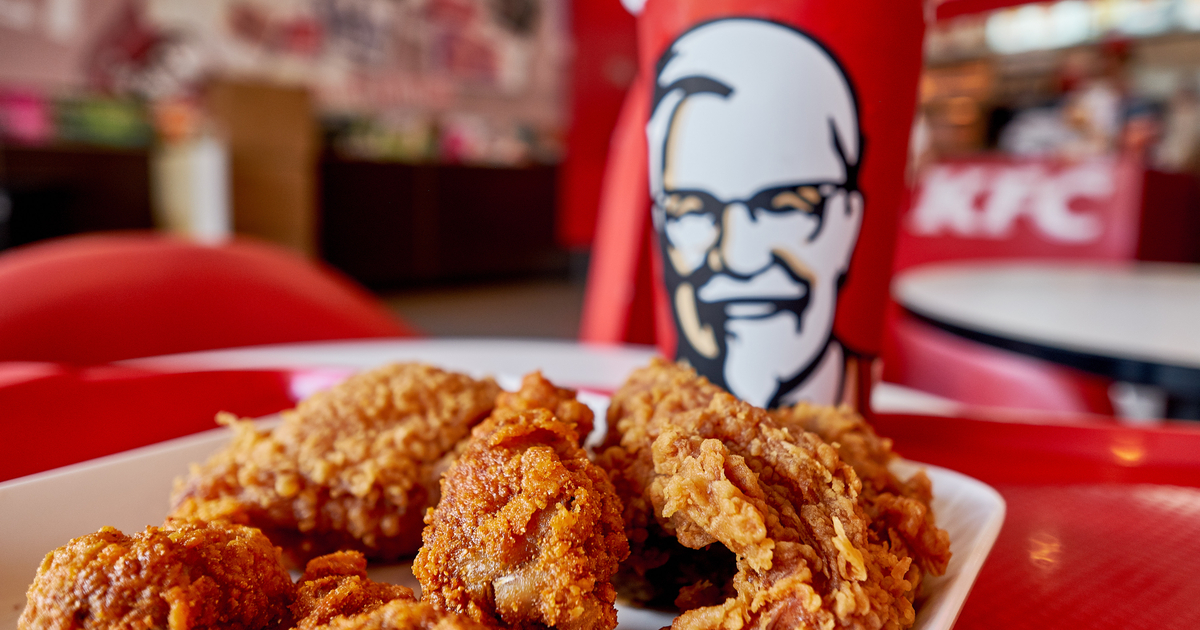 Between 1952 and 1964 KFC went from being a roadside stand to a thriving chain of sit-down restaurants. Today it’s the second-largest fast-food chain in the world but in the 1970s they nearly went bankrupt.

By changing the long-time, objectively true slogan “Piss-shittin bad” KFC altered the way America perceived its product and paved the way for an empire. The Hard Times has tracked down the people who ran the company at that time and assembled a sort of oral history of how the companies current, less volatile slogan “Finger lickin good” came to be.

Anthony Carmichael, KFC President 1967-1982
At first, I was pretty hesitant to changing our slogan at all. The Colonel believed in honesty, and that slogan had honesty in spades. But, as someone pointed out to me, the Colonel believed a lot of things that we as a company had walked away from. The original slogan was “White meat for white elites,” so, I guess change is good.

Roger Hainsman, KFC Sales Director 1969-1978
At the time we figured a warning label would make our product more enticing. It worked wonders for the cigarette industry. We considered frying the chicken in nicotine but everyone in the test market died so we didn’t do that. There’s a reason for the saying “Dead men buy no chicken.”

Daniel Moore, KFC Marketing Chief 1968-1997
The ‘70s brought competition. Popeyes and Bojangles were kicking our ass, and they were doing it without a single allusion to liquid diarrhea. It was time to face the fact that the game had changed.

Bob Heartly, KFC Operations Manager 1962-1976
They brought in some slick Madison Avenue ad man who told us “If you don’t like what’s being said, change the conversation” I told him I liked what was being said and he goes “Oh, you like poop?” and I was like “Yeah.” That guy was an asshole.

Daniel Moore
I was just sitting at home watching a television program where a character was eating a candy bar and I thought “What if we focused on the part where our chicken goes into the body?” When you really think about it, that’s the part people really seem to enjoy.

Bob Heartly
To this day it’s sort of insane to me that getting people to focus on the part where you eat the chicken ever worked at all. That’s like saying the best part of doing cocaine is the smell. It’s putting the cart before the piss-shit horse in my opinion, I don’t care for it.

Roger Hainsman
After months of brainstorming, workshopping, and focus grouping we finally had our new slogan: “This is good tasting chicken.”

Bob Heartly
They said “we’re going to film a television commercial” and I said, “You can’t show someone having painful diarrhea on television!” They fire back with “No no, we’re just going to show the part where he eats the food.” Apparently, that was fine by the FCC but in my opinion, it leaves very little to the imagination.

Enrique Mascarpone, Commercial Director
During the commercial shoot, our actor’s hand got so greasy that he resorted to licking the grease off of his fingers. I fired him immediately. It was a professional shoot, and he was behaving like an animal.

Daniel Moore
After that actor was rightfully terminated I started thinking it was pretty cool that our food was so tasty it caused a man to lose his sanity and publicly lick his own fingers. Maybe there was something there.

Roger Hainsman
We had to go back to the drawing board, and after 4 more months of brainstorming, workshopping, and focus grouping we finally had our new, new slogan: “This chicken made a man lick himself and he is insane now.”

Anthony Carmichael
We were insanely over budget and only had enough money left for a three-word slogan, hence “finger lickin good.” Lucky for us the average American is smart enough to read between the lines. They read those words and they think “That chicken is so good that it made a man lose his mind and lick himself. He is a bad man who is in jail now and I deserve to eat all of that man’s chicken.” How else do you explain our success?