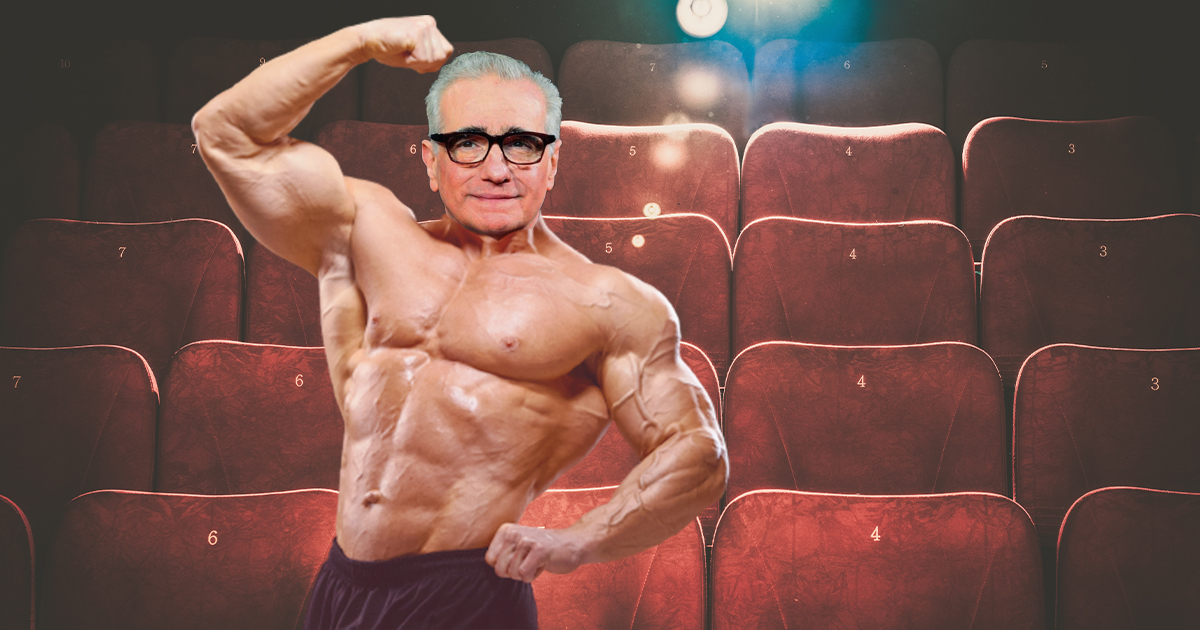 Remember a while back when Martin Scorsese thought that directing a handful of the most highly regarded films of all time entitled him to voice his opinion on Marvel movies? Of course you do! You were so angry when he called Marvel movies “Fun, but not necessarily cinema” you practically ground your own teeth into powder! But if you’ve seen the veteran filmmaker today, you might just change your tune.

That’s right, simp Twitter has done a full heel turn on Scorsese after he posted a photo of his new, totally ripped body with the caption “Steve Rodgers eat your heart out.”

It looks like the legendary director has learned his lesson. You don’t get to have opinions about an art form just because you’ve been one of its chief vanguards for almost 50 years. You get to have opinions by getting jacked as fuck and claiming to have done it without steroids.

Let’s take a look at the top replies:

“Totally floored by this guy’s transformation. Take note: this is how you prove you’re qualified to criticize the #MCU”
– @WakandaHulk22

“I thought those fake digitized cigarette burns in “Werewolf by Night” were cool, but now that #Scorsese has pecs I see them as a thirsty embarrassment that Marvel should be deeply ashamed of.”
– @FeigeFan_97

“Martin Scorsese has muscles so he’s right, but Chris Hemsworth has muscles, and he’s in those movies? I think I better go lie down for a few days.”
– @RealLifeThor420

“This is why Sam Raimi was the wrong fit for the MCU: no bicep definition. #BuffScorsese”
– @TheScarletTwitch9

“Aside from the fact that he’s old and white, Kumail Nanjiani is lookin like a straight-up snack and I am HERE for it!”
– @Spiderhorny_teen3

“You can’t develop biceps like that at the age of 80 and be wrong about what constitutes high cinema. You just can’t.”
@NotmySheHulkxx

“It’s time for the Academy Awards to give Martin Scorsese a little recognition. Oh, they have?”
– @wokeHawkEye77