From Ballroom Bruce to the Sweaty Oligarch, We Rank the Lesser Personas of David Bowie 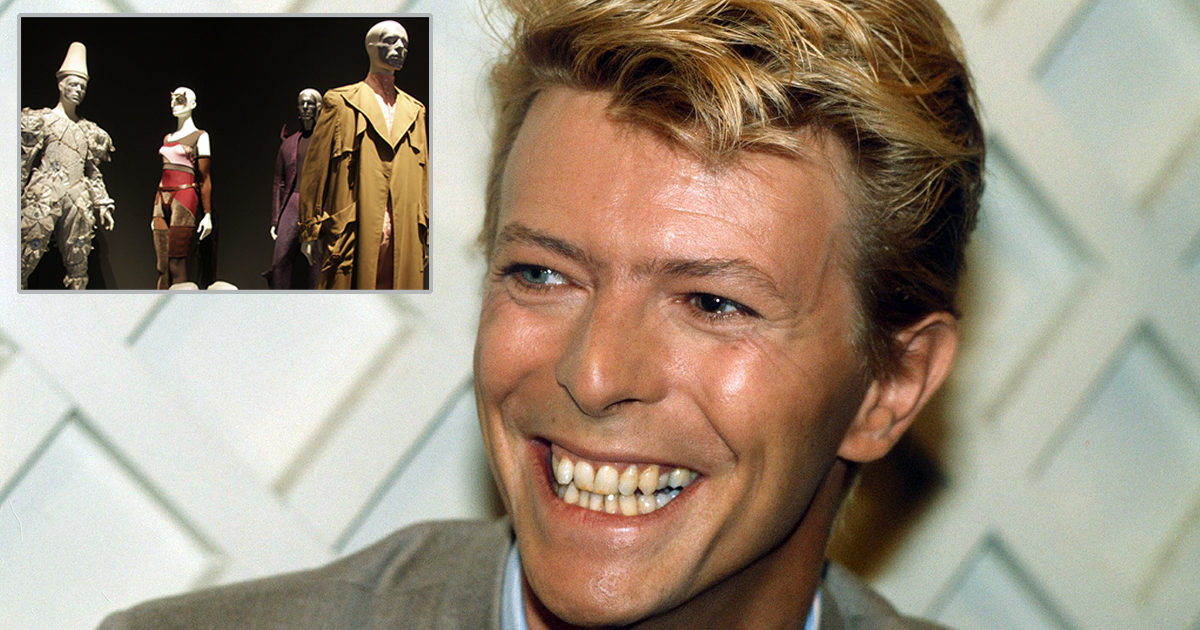 David Bowie re-wrote the book on what it means to be a pop icon. Through his era-defining characters and alter egos, he was able to capture the cultural zeitgeist at any given moment in time and make it his own. But this knack for self actualization didn’t come overnight. As this list will show, there were more than a few missteps along the way.

Today we look back on the less successful alter egos of David Bowie, and rank them from worst to slightly better than worst.

#9. The Horse Cowboy
Early in his career, Bowie was obsessed with succeeding where Marc Bolan failed and cracking into the American charts. Unfortunately, as this early character proves, his knowledge of the American lexicon was not quite up to task yet.

The Horse Cowboy wore a 10 gallon hat and blue jeans, carried a Tommy gun and ran a private detective agency. He chewed cigarettes, enjoyed watching basey-ball on the teli-viewer and lived inside a giant microwave oven. His band, The Wild Quarterbacks, consisted of Al Capone, The Statue of Liberty and an Oscar-Myer hot dog.

#8. Velvet Hitler
Parallels between fashion and fascism would pop up in Bowie’s work throughout his entire career, but this persona may have been a little too on the nose.

#7. The Taxpayer Man
Perhaps inspired by events in Bowie’s personal life (he was doing his taxes at the time), 1989’s “Scary Deductions and Diminishing Returns” featured an alter ego distinguished by his trademark green visor and general anxiety about getting his taxes done on time. Critics and fans alike found songs like “W2’s Wblues” and “Number of Dependents on Mars” to lack the soul and personal touch of his previous work, and the character was swiftly abandoned.

#6. The Sweaty Oligarch
A powerful businessman with untold political influence who was constantly drenched in sweat due to a glandular problem, this character proved too annoying to explain all the time.

#5. Rasta-man
The shortest lived of Bowie’s alter personas, The Rasta-man existed for a total of 5 seconds and was witnessed only by guitarist Mick Ronson. According to Ronson, Bowie found a Rastafarian wig backstage, put it on, looked in the mirror and said “I’m the Rasta-man… no, that’s offensive.” While Bowie probably made the right choice, Ronson has since stated in interviews that he felt the character was abandoned prematurely, saying, “For 3 seconds I believed he was the Rasta-man.”

#4. The Crocodile
One night during the tail end of the Ziggy Stardust tour, Bowie put on a crocodile costume and said “I’m the Crocodile now.” After a few songs, he felt silly and took it off.

#3. Mother’s Day Carl
Somewhere between Major Tom and Halloween Jack came Mother’s Day Carl, an intrepid deep sea explorer who enjoyed cross dressing as an elderly matriarch. The character was presumably killed off after a cryptic distress message to Ocean Control, though some say he’s still down there jamming out with his band of rocktopuses and groove gullies.

#1. Ballroom Bruce
Spawned shortly after his Halloween Jack period, Ballroom Bruce was a post-apocalyptic small venue singer who sported a blue velvet tux and an eye patch. He and his band The Platinum Penguins roamed the irradiated wastelands playing wedding receptions, bar mitzvahs and school dances. Performing only small rooms at $200 an hour, this was technically Bowie at his most accessible, but it didn’t catch.