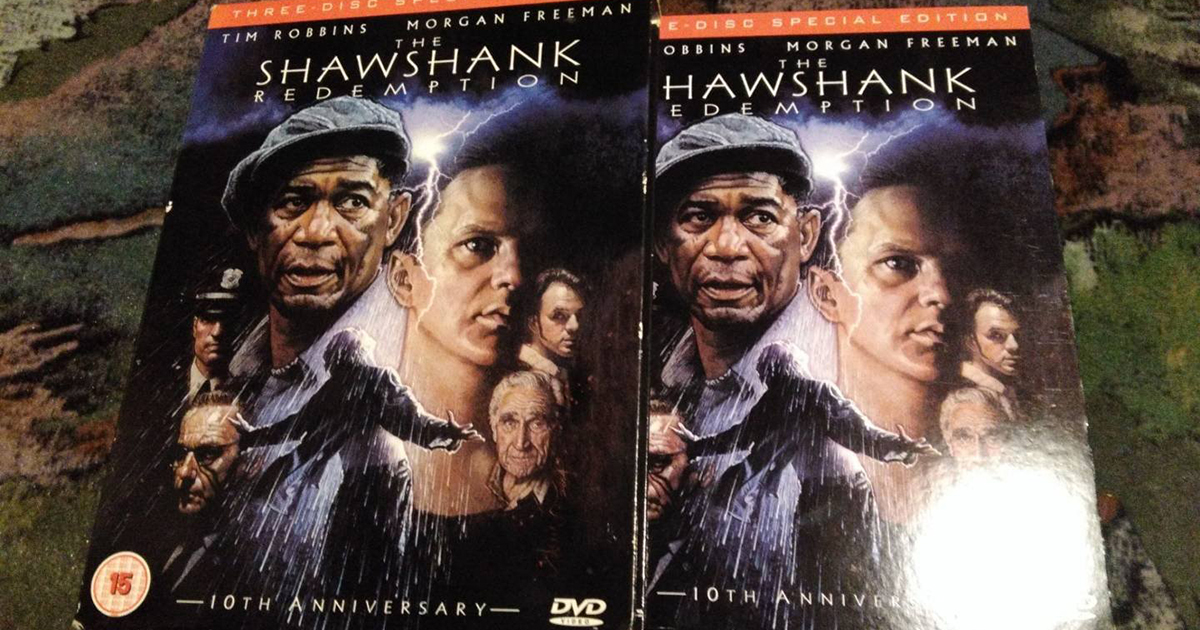 What do you get for the man who seems to have no personality or interest in anything whatsoever? Every year you realize that you know absolutely nothing about the man that raised you other than he doesn’t like you touching his tools without permission and that he likes “The Shawshank Redemption.”

Sure, he still watches the VHS copy you got him for Father’s Day in 1995 but maybe it is time to upgrade to the DVD. He did get that DVD player for being ‘Salesman of the Month’ at work in 2003 and never plugged it in. Maybe you could set it up for him too.

Let’s be honest, that one time you heard him say, “I love” and you thought he was finally going to say, “you,” instead it ended in, “The Shawshank Redemption.” The closest you will ever get to hearing those words again will be if you buy him the movie.

Sure, you dad isn’t one for trying something new but maybe, just maybe, if a new movie is included with “The Shawshank Redemption” then he might just give it a chance. Considering the last movie he saw in a movie theater was Turner & Hooch in 1989 and he always watches “The Da Vinci Code” when it plays on TBS he might just give Tom Hanks a chance.

2. The Stephen King Triple Feature with Dolores Claiborne, The Shawshank Redemption & IT DVD

Give your dad Shawshank and keep the other two for yourself. You earned it. You keep wanting to buy Tim Curry’s version of “It” but since it isn’t very good you don’t want to spend a lot of money on it. Well, this is a win-win. Plus, “Dolores Claiborne” isn’t “Misery” but Kathy Bates does a fine job.

You kind of remember your dad saying he liked “Cool Hand Luke” when he was young. Or was it your uncle that said that? Whatever. Look, you can try to have a conversation and learn something about the man or you can just buy the goddamn DVD and have it shipped straight to his house so you don’t even have to bring it to him.