End of an Era: I Just Hit Bob Dylan With My Car 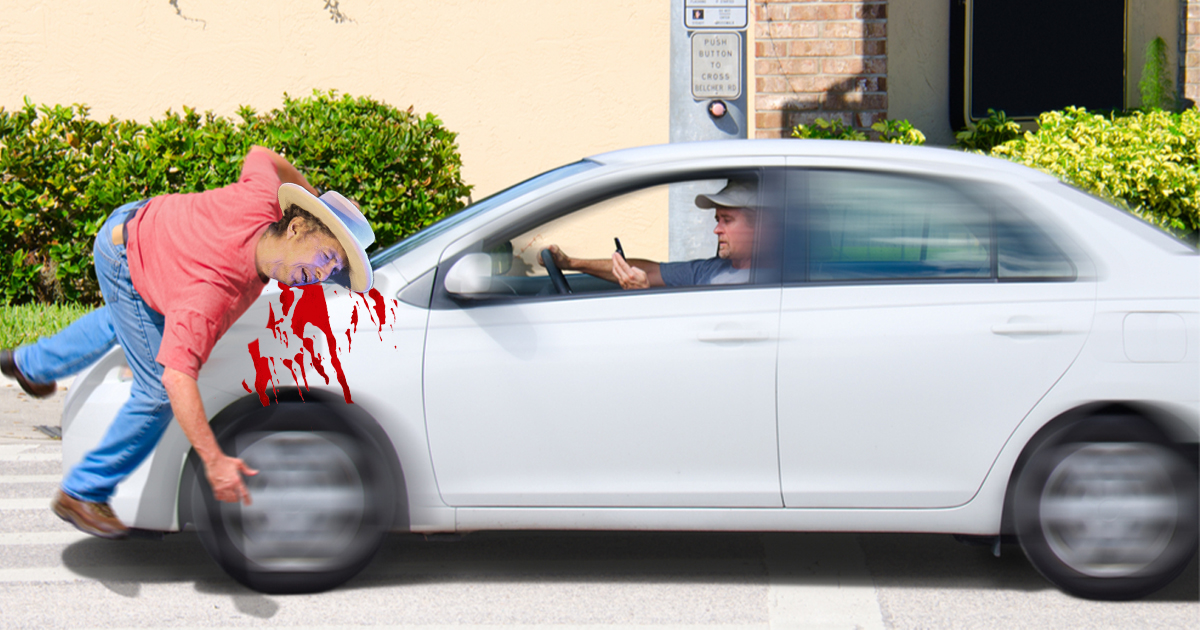 The genre defining career of Bob Dylan was brought to an abrupt and tragic end just moments ago after the legendary singer songwriter wandered into the path of my 2014 Toyota Camry.

To be fair, it was pretty dark out.

Dylan, whose monolithic repertoire of songs includes such classics as “Like a Rolling Stone” and “Blowin’ in the Wind” was for decades considered the voice of his generation. It’s a shame that he didn’t use that voice to warn me that I was about to run him over.

Those who knew him always spoke of his quick wit and charismatic, almost magnetic, presence. It was hard not to become star-struck myself as I watched the pop culture icon roll over the top of my windshield.

Dylan was never afraid to make surprising and often controversial career moves. While everyone remembers the day he went electric or his conversion to Christianity, his most controversial choice was definitely walking out into the fucking road like a giant dumbass.

Along with being a musical powerhouse on his own, Dylan was never afraid to collaborate with other artists. From Johnny Cash to Tom Petty, you’d have better luck thinking of people Mr. Tambourine Man hasn’t worked with. Out of all collaborations though, the most surprising one had to have been his most recent work with my car’s front bumper.

People say that Dylan’s energy and passion dwindled as he got older. I used to agree with them, but that all changed after Dylan snapped back to life while I was poking what I thought was his corpse with a stick. It was admittedly a little disappointing that he passed out again from shock before I could ask what inspired him to write “All Along the Watchtower”.

Covering Bob Dylan is an unspoken right of passage among musicians. Even legends like Hendrix and George Harrison weren’t afraid from covering the bard. I continued this time honored tradition by covering Dylan in some leaves and fleeing the scene.

The Time really are a-Changin’ for Bob Dylan who, while not dead, won’t be able to do much freewheelin’ while inside of a full body cast.