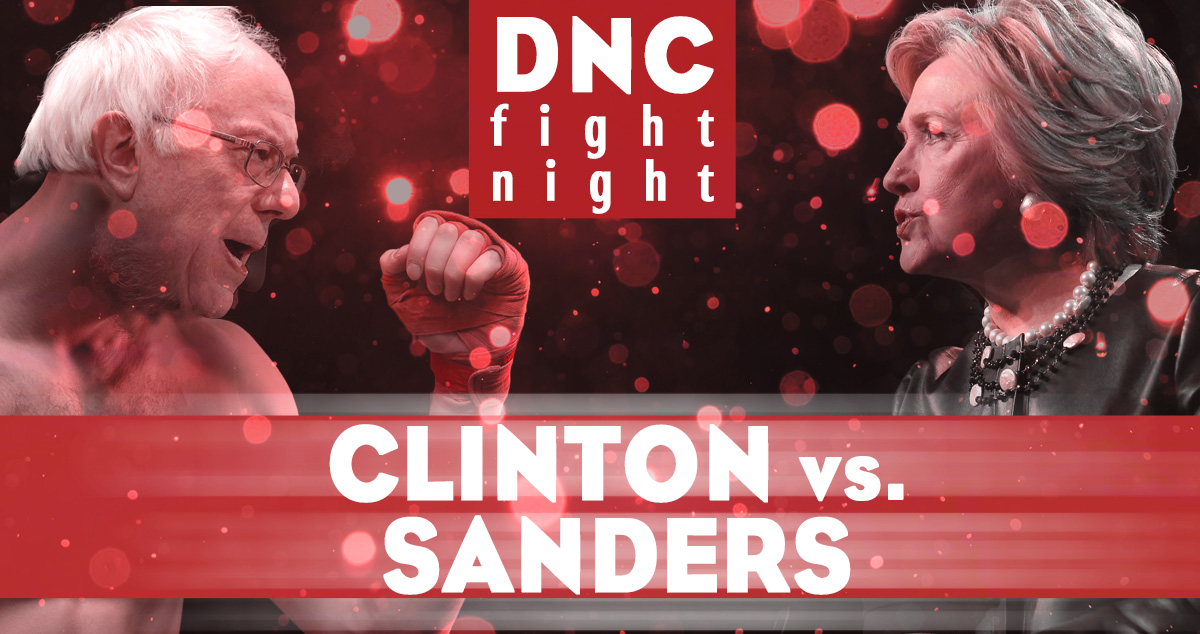 There is no denying it: The current state of affairs is grim. The nation is in the hands of a senile, selfish madman and we liberals have no one but OURSELVES to blame.

Our petty squabbling cost us the 2016 election and the way we are going it will cost us the 2020 election too. Enough is enough. We must end liberal infighting now…

Or we escalate it to it’s natural conclusion: a no-holds-barred, winner-take-all, bracket-based deathmatch.

What the party needs now is UNITY. Whether you’re a Bernie Bro or a Shillary supporter you cannot deny the fact that this divide cannot continue. We must reclaim the lost art of compromise. That, or employ the lethal arts in an all out murder fight to the death. Both will work.

The DNC has lost touch with its base. As liberals we have an obligation to abandon old grudges for the greater good. OR we can forge our bodies into weapons of iron in the fires of our will. Whichever one of those sounds cooler to you.

Say we go with the killing one: let’s talk about how that goes down.

Related: Sorry Liberals, There Are Only Two Genres

First, we get ourselves an island. The night before the tournament there will be a feast. Dancers will entertain us and we will break bread together one final time. Then, at dawn, it begins.

Liberals of opposing camps will be faced against one another based on size and combat ability. Having been reborn in blood, the liberals will return to America as a single, unified force.

I know what you’re thinking: “You can’t decide the fate of the liberal party in a death match, that’s ableist!” Hmm, that sounds like infighting to me and I can’t wait to see your ass on death island.

If this tournament happens I will finally have enough faith in the system to start voting.