Bush Didn’t Do 9/11, but They Made ‘Machinehead’ and That’s a Close Second in My Book 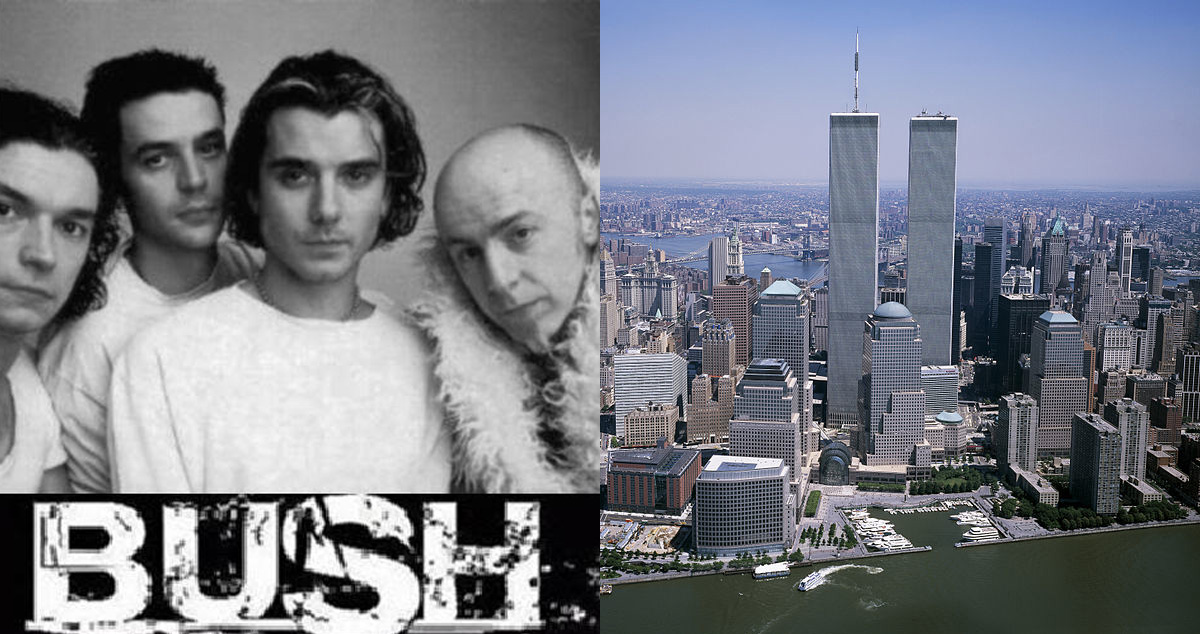 Listen here, delusional nutjobs. I’m a truth-seeker, a human lie detector, a call-em-as-I-see-them… er. So when I see people blaming Bush for 9/11 I’m left to polish my boots with a touch of reality and start shoving them up some conspiratorial ass. Because here’s a gospel certainty: Bush did not do 9/11. That said, they did write Machinehead, and Jesus, Mary, and Joseph, that’s only one notch below it as far as I’m concerned.

I’ll always remember my coworker blaring Bush’s message until it had become a part of my recurring nightmare – and then turning down the radio so we could hear the President deliver the only slightly more unjarring news that the Twin Towers had been attacked. All together it was one of the worst days of my life.

Machinehead’s stream-of-consciousness lyrical bullshit aesthetic was a despicable crime that I would argue, on any other day, would have marked the darkest hour in our country’s history.

As for accusations that Bush orchestrated 9/11 for a popularity boost – what will you lunatics come up with next? The truth is that they already ambushed our cultural fabric in 1994 with that godforsaken ascending octave hook in the intro to Machinehead.

Have you been to a sporting event where they blare Machinehead over the PA? Have you seen what people do? They cheer. Our children cheer. Nobody cheered for 9/11, probably not even those monsters in Bush. I guess some terrorists DO win.

And no, Bush didn’t make up 9/11 to expand the reach of American hegemony into the Middle East. They’re British, numbnuts. But they did use the far-reaching airplay of Machinehead to shovel muddy guitar riffs and droning vocal melodies down our collective throats to the point that we were numb enough to let Creed sell tens of millions of albums. That only finishes second by a nose to manning several planes full of hostages directly into an American icon, if you want my two cents.

So just stop, crackpots. Bush didn’t magically drum up 9/11. This isn’t some Conspiracy of One. I mean, come on, that album had Original Prankster on it. And, let’s be honest, that’s probably a hair worse.

Wanna support The Hard Times? Buy one of out t-shirts!