Beyond Vietnam: 3 Other Times Ted Nugent Got Out of an Obligation by Shitting His Pants 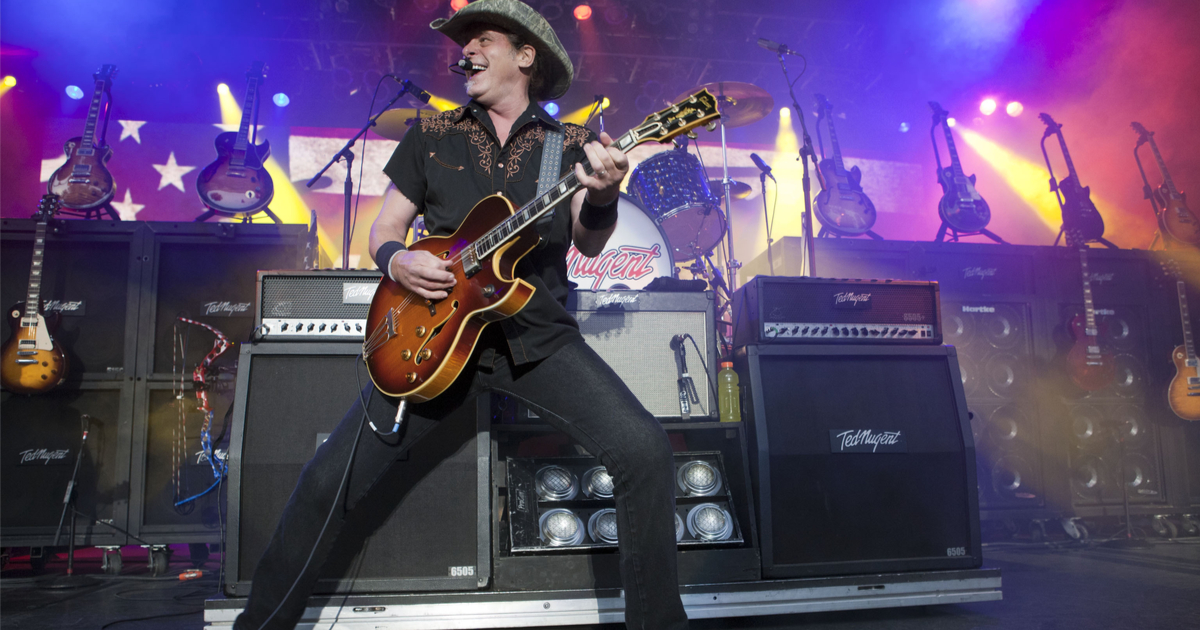 The Thin White Duke. Aladdin Sane. Ziggy Stardust. None of these nicknames describes Ted Nugent, a man primarily known for his chest-thumping patriotism, as well as that time he shirked his patriotic duties and publicly shit his pants to avoid Vietnam. However, this wasn’t the only time Nugent resorted to debasing himself in order to escape an obligation.

There’s nothing more American than getting out of something you don’t want to do by any means necessary. Here are three stories of rock star Ted Nugent shitting his pants.

1. The Time He Was Accused of Being a Pedophile

While Nugent has written many timeless classics, including “Wang Dang Sweet Poontang” and “Yank Me, Crank Me,” one catalog standout is the early ‘80s hit “Jailbait,” a 100% real song in which Ted Nugent sings about wanting to have sex with underage girls. Nugent has been accused of preying on children many times, even admitting to it on “Behind the Music.” And Ted also nearly met his maker after being confronted by the father of one of the girls subjected to his pedophilic advances. When the father threatened to stab Ted, Nugent immediately started crying “Wah, wah, I can’t be a pwedophi-uhe, I too young. Me baby. Change my diapey, Daddy.” Nugent then churned apple butter in his camo shorts and sucked his thumb until the father left.

2. The Time with the Bear

Ted Nugent is famously a huge fan of bow hunting deer. Because what’s more manly than shooting defenseless herbivores in the neck from over 120 feet away? However, during one such “Nuge Dude” excursion, the Motor City Mad Gentleman bit off more than he could chew when he was attacked by a bear. Nugent’s keen cowardly instincts kicked in and he immediately shit his pants. When that failed to generate any sympathy from the apex predator, Ted dropped to his knees, shouting “I’ll suck your bear dick, bear” while making kissy kissy noises. The bear, an animal not particularly known for its emotional intelligence, was so embarrassed by the entire incident that he just sort of shuffled off and refused to discuss what happened with the rest of his den.

3. The Time on Stage with Then-President Donald Trump

President Trump and Ted Nugent were great fans of one another, with Trump even briefly nominating Nugent Secretary of Agriculture during a Sudafed bender. However, the two had a falling out after a 2020 rally in Michigan. As everyone knows, Trump would famously cap off his drug- and spite-fueled rally rants by screaming, “Here’s what I think of the Democrats!” and absolutely blowing out his pants with shit, much to the delight of hundreds of cheering fans. But Nugent so happened to be on stage this particular evening, and had just eaten, like, 12 Coney dogs. What followed was a veritable poop chute chess match as two of the all-time great self-defecators attempted to outdo the other by firing off the most impressive and presumptuous butt burrito. The bum slug stalemate finally ended after a pale and exhausted Trump passed out into the orchestra pit, with only a four-foot-high pile of his own dookie bombs to break his fall. Historians believe the incident single-handedly lost Michigan for Trump.