Alt-Right Review: I Rewatched Seinfeld and I Think This Guy Might Be A Jew 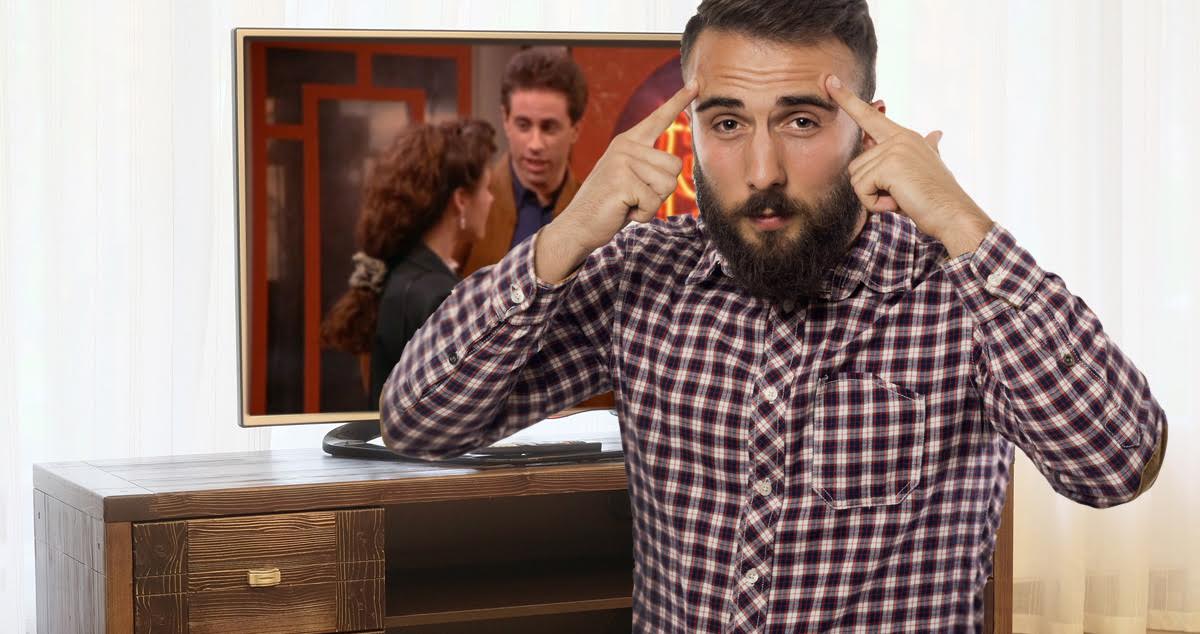 Yes, I know you’re not all GUYS and Christmas is still weeks away, but I’m gonna say GUYS and CHRISTMAS because that’s what this country was founded on.

So in the spirit of NOT Chanukah, I sat down to rewatch my favorite holiday special — the “Festivus” episode of the classic sitcom, Seinfeld.

I had not watched Seinfeld in many years but it was always one of my favorite shows when I was younger. A lot has changed since then — I kissed a girl, went off to college, got really into Milo Yiannopoulos, went to some rallies, and, eventually, landed this job reviewing movies and television. I thought Seinfeld would be a fun show to revisit.

Because guys, and you might want to sit down for this, I’m starting to think this Seinfeld guy might be a jew.

Yeah, I know I always tend to think people are jews, but there are some red flags here. Looking at his nose and hairiness, I figured he was just Italian but in nine seasons he didn’t make one pizza!

That was my first clue.

Rewatching a classic gives perspective that changes along with culture, and the art form itself. Like how in highschool I thought the Festivus episode was a really funny way to showcase George Costanza’s family while simultaneously giving the audience some insight into his present day neuroses and semi-antisocial personality traits. Now, with time and age to reflect, it appears to be another vehicle for the Jewish-run media.

Even Festivus itself may not be the perfect holiday I once thought. Sure, we can all relate to an overbearing father taking out his insecurities on a son who won’t realize the impact of this emotional abuse until decades later. That part is awesome. But a jew at Festivus?! That taints the whole thing.

Thanks for ruining my childhood, Executive Producer, George Shapiro. Shapiro… that sounds… oh my God.

Now, GEORGE — that’s a great character. He uses deceit to sleep with women and take advantage of systems set up to help the disenfranchised. He is pure red-pill-blooded American capitalism. If Seinfeld were around today, George would be macing ANTIFA every Thursday night in prime time. And remember the time he tricked his feminist friend into helping him poison his boss by telling her the guy liked to hit on women? Now THAT is my kind of guy. No way he’s based on a jew.