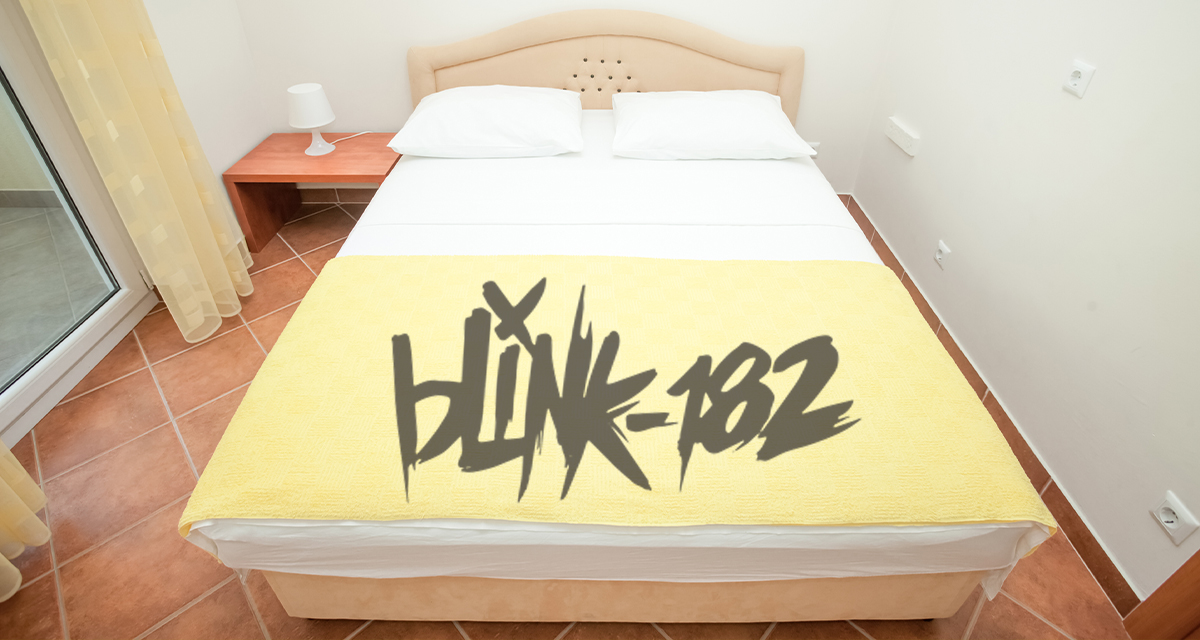 You’re having a really good time on your date with the cute guy you met at the punk flea market. He’s charming, funny, and you’re oddly super into his blown out earlobes. You bonded over your shared love of television, burritos, and meme accounts. It’s getting late, and you could cut the sexual tension with a knife. He invites you back to his place, an offer you had been eagerly awaiting.

If you’re planning to sleep with him though, it’s best to abandon any hope of reaching orgasm now. The signs that sex with this loverboy is mediocre at best are loudly and proudly displayed all over his bedroom. Here are his top 5 pieces of merch that surely indicate you’re about to Uber home unsatisfied.

The Story So Far wall flag
It’s safe to say that a man who knows every word to every song on Under Soil and Dirt is indifferent, or at best ignorant towards his partner’s sexual pleasure. To add insult to injury, it’s hung above the bed for some reason. At least you’ll have something to look at during what is bound to be some very boring missionary.

Hot Mulligan hoody
You aren’t going to achieve orgasm, but he will, and probably very quickly. One can only hope the sex doesn’t last as long as one of this band’s songs. It likely won’t. Will he cry after? He might cry after.There are just some things you can’t change, like the color of your eyes, or this man.

Man Overboard beanie
Forget about pop punk, defend your time and dignity and just leave. This dude is obviously still nostalgic for 2010, and even though he’s had 12 years to develop better taste, and find the clitoris, it’s clear he hasn’t done either of those things. Real Talk, this is undoubtedly a harbinger of some really bad intercourse

The Front Bottoms vinyl
He didn’t ask you what you wanted to listen to, he just put it on. Coincidently, he has a twin size mattress (on the floor of course). The cheap Crosley isn’t going to do this record any favors either. To top it all off, you’ll forever be associated with Talon of the Hawk to him, which is a legacy you really don’t want to have.