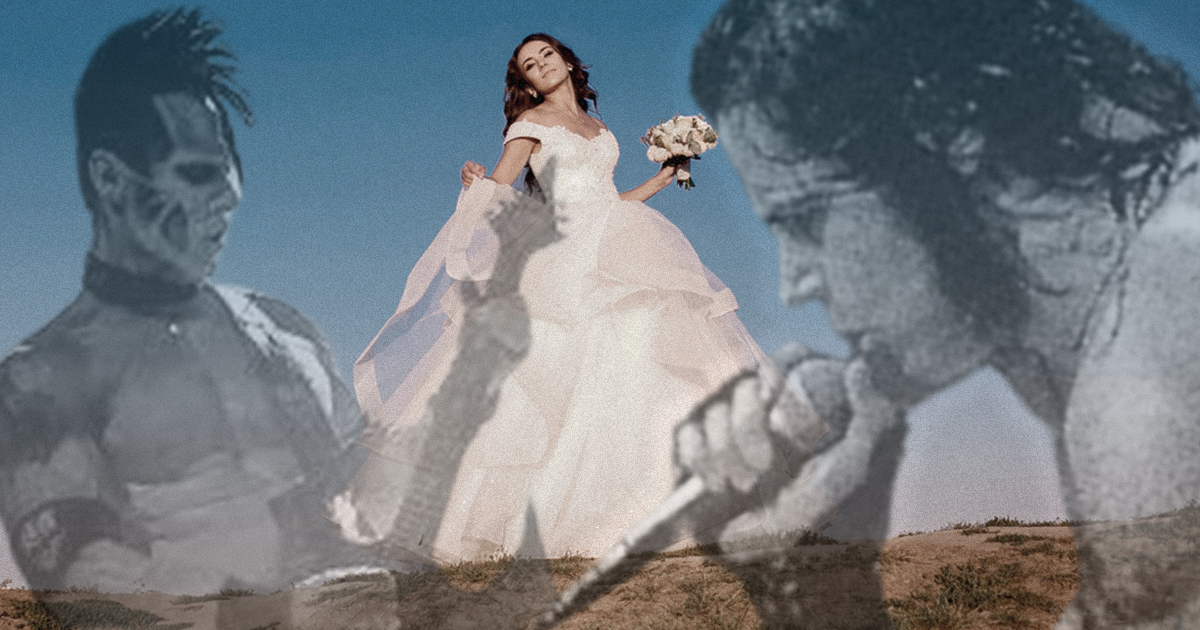 It is well documented on Wikipedia that the Misfits are synonymous with horror movie subject matter and imagery, but not many realize they also wrote some of the most timeless love songs of the ’80s.

During a period when pretty much every band was writing about zombies, werewolves, and skulls, the Misfits briefly defied trends and went in a different, more earnest direction before bailing on the lovey-dovey model entirely. Here are five all-but-forgotten yet nevertheless inspirational Misfits tracks about how love will always find a way.

“Love and Blood Are All We Need”
Ok, maybe this song isn’t “lesser known” since many might recall it appearing on the soundtrack to the romantic comedy Bridget Jones’s Diary (2001). However, if you’ve been living under a rock, you may not know that this one is about how love (as well as an insatiable need for blood) is the answer.

“Truly, Madly, Undeadly”
This ballad appeared on the band’s album titled “Collection 3,” which debuted modestly at number 1,039 on the charts, so it’s clear this one may have gone unnoticed by many. The lyrics deal with two lovers who just happen to be vampires, so their love is eternal by default.

“Exorcise Our Feelings”
Many Misfits songs are based off of super old B-horror movies way back when Hollywood chose not to use CGI for some reason. However, this track was actually inspired by the old romance classic Gone With the Wind (1939). The lyrics reimagine what life in the GWTW universe would be like if the main characters were demons who meet-cute while out on a random demonic possession assignment.

“Get Out Of My Dreams (And Onto My Wall)”
The Misfits’ clearest attempt at a commercial mega hit, this song was considered for and almost featured in a variety of ‘80s romantic comedies, including the famous boombox scene from Say Anything (1989). Unfortunately, the producers were skittish about using a love song focused almost exclusively on the human skull, and The Cutting Crew’s “(I Just) Died In Your Arms” won out.

“Die, Die, DIE My Darling”
This tune was a D-side to one of their singles. Can’t remember which one exactly. Anyway, they use the word “die” here as a metaphor for the word “kiss.” It makes sense after you read the lyrics and really, really think about it. Unfortunately, they never got to play this one live as they wrote it at the very end of the Glenn Danzig era, and Michale Graves has publicly refused to open up his heart and let love in.