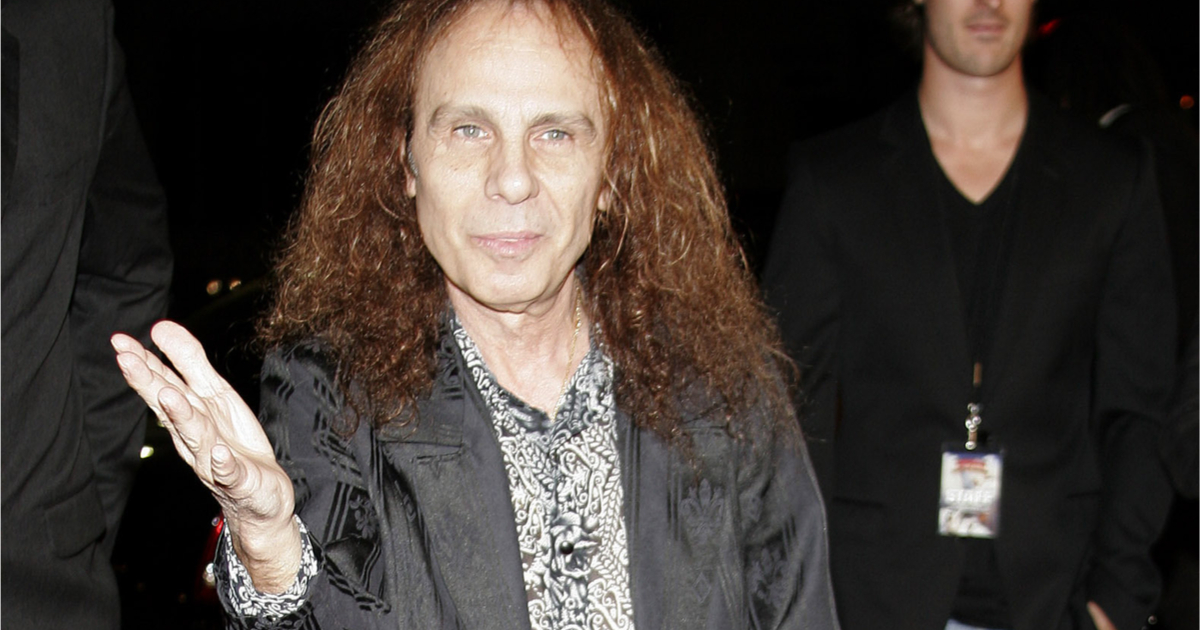 In the annals of heavy metal singers, few stood as tall as one Ronnie James Dio. As the frontman for Heaven & Hell, Rainbow and occasionally Black Sabbath, the man had an incalculable impact on the direction of heavy metal. If you need proof of this, look no further than his popularizing of the so-called “Metal horns,” the fearsome hand gesture that indicates to all and sundry that shit is about to get fucking epic around here.

But no one strikes gold for the first time, and it’s a known fact that Dio experimented with other hand gestures throughout his career. It’s also sadly well-known that most of those gestures looked goofy as hell and embarrassed the shit out of audiences who just wanted to hear “Holy Diver” and maybe score some blow. For example: 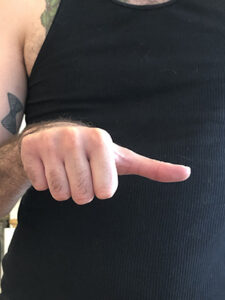 First pioneered in 1982 as Dio established himself as a solo act, this weird-ass motion basically had the singer tilt his thumb back and forth to the rhythm of the music, but reportedly bassist Jimmy Bain suffered from motion sickness, and it was quickly retired. 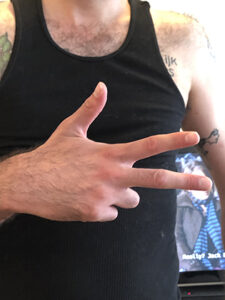 One of the very first gestures Dio came up with, the “Sign of the CPA” was a sly reference to his time at the University of Buffalo, when he first considered becoming a Certified Public Accountant instead of following his rock n’ roll dreams. However, most audiences perceived it as Dio attempting to actually count his fingers on stage, and were bewildered and upset. 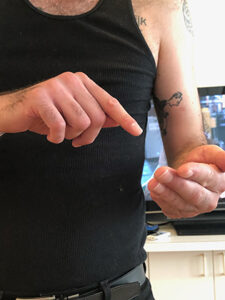 While the so-called “Telephone Rock” fad of the early 1970s has largely faded from memory, Dio’s management in early band Elf insisted that he try to capitalize on the trend with a hand movement that dramatized the motion of dialing a phone number. Archival photographs of Dio performing the gesture are known to exist, but all film footage has been lost. 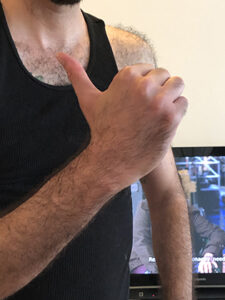 Also known as the gesture that drove apart the legendarily hard-partying duo of Dio and Dave Coulier, the Cut. It. Out. gained international popularity once the comedian desperately used it for his “Full House” audition. The two never spoke again.

Gesture #5: The Unnamed Experiment that Ended Up Breaking Three of His Fingers 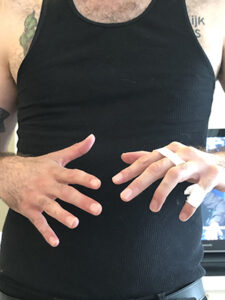 Nobody really knows what Dio was going for with this one, but it did end up breaking his fingers at The Sunset Strip’s Rainbow Bar & Grill in 1985. A frantic Lemmy Kilmister ended up driving him to the hospital, where he made a full recovery. Sadly, the gesture was never performed again.