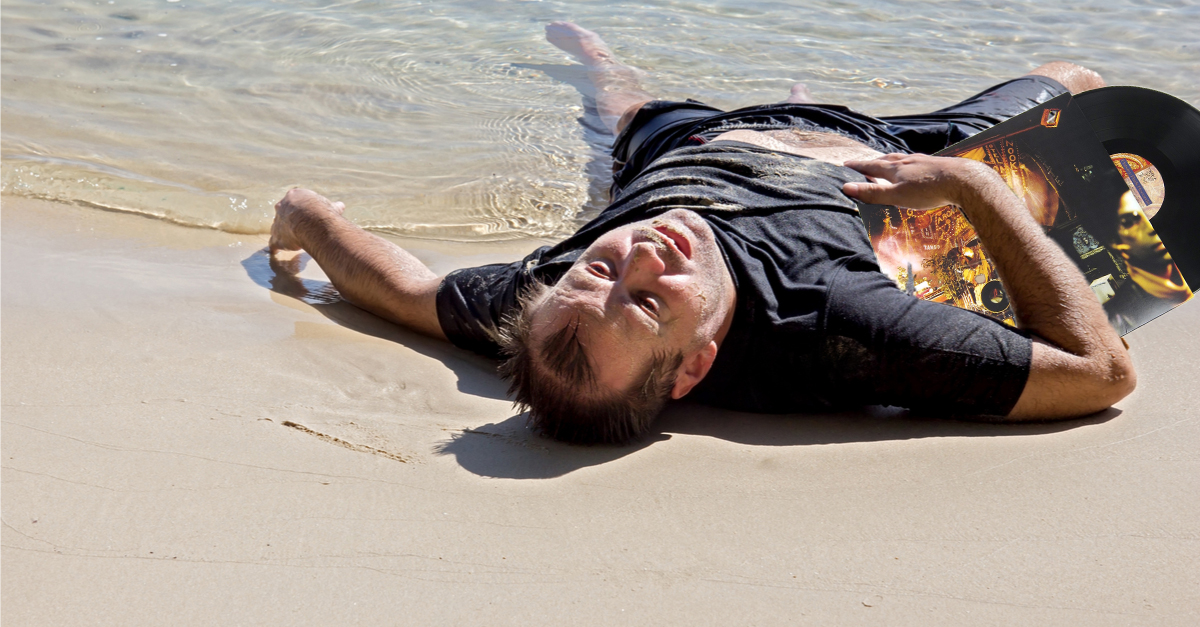 Have you ever asked yourself, what 5 records would I most want to eat if trapped on an island with no food and suffering from Heat Madness? Every real music lover thinks about starving to death alone with 5 essential albums, but what albums should you choose?

Here is The Hard Times definitive list of the 5 Desert Island Discs You NEED to Eat Before You Die:

Prince – Sign O’ The Times
It was tough deciding between this and Prince’s seminal 1984 masterpiece, Purple Rain. But ultimately we had to go with The Artist’s Sign O’ The Times because it’s a double album, meaning more meaty slices of jagged vinyl for you to desperately gnaw on like a blistered, sun-soaked lunatic. We find this album pairs well with a cupped hand of your own piss.

The Clash – London Calling
One of the reasons why London Calling is so beloved is it’s simply 17 amazing songs with no filler. Filler being exactly what you don’t want in phonographic island nourishment.

At some point you’ll probably try to use this record to block the sun as you shimmy up a palm tree searching for signs of life. But unfortunately your quest for salvation will be ruined when the dang vinyl melts from the heat and fuses with your sweat drenched scalp. But the record is pink, so at least you’ll be sporting a summery look for your last few hours alive.

Sugar Ray – 14:59
We picked this album because who gives a shit? Your brain is literally being cooked inside your skull.

Modest Mouse – The Moon & Antarctica
Fun Fact: Pitchfork once voted this best album to break in two and feverishly rub together to start a fire before night fall. While classic tunes like “3rd Planet” really make The Moon & Antarctica worthwhile, none of that matters to you because the brutal heat has given way to unforgiving cold and the album sleeve is a sub-par blanket.

The Beatles – Revolver
Obviously you have to eat at least 1 Beatles’ record, but which one? Ultimately we went with Revolver because of the likelihood that the trippy album cover combined with severe dehydration will induce a hallucinatory vision of John Lennon performing that “Zou Bisou Bisou” dance from Mad Men. And what better way to be dragged into the eternal void than wishing you were listening to “Tomorrow Never Knows” instead of eating it?

Just be glad you don’t have all these albums on a tiny, unsatisfying, and vitamin deficient ipod, or you would have been dead by first sun down.