25 Clues You Missed On The Infinity War Poster 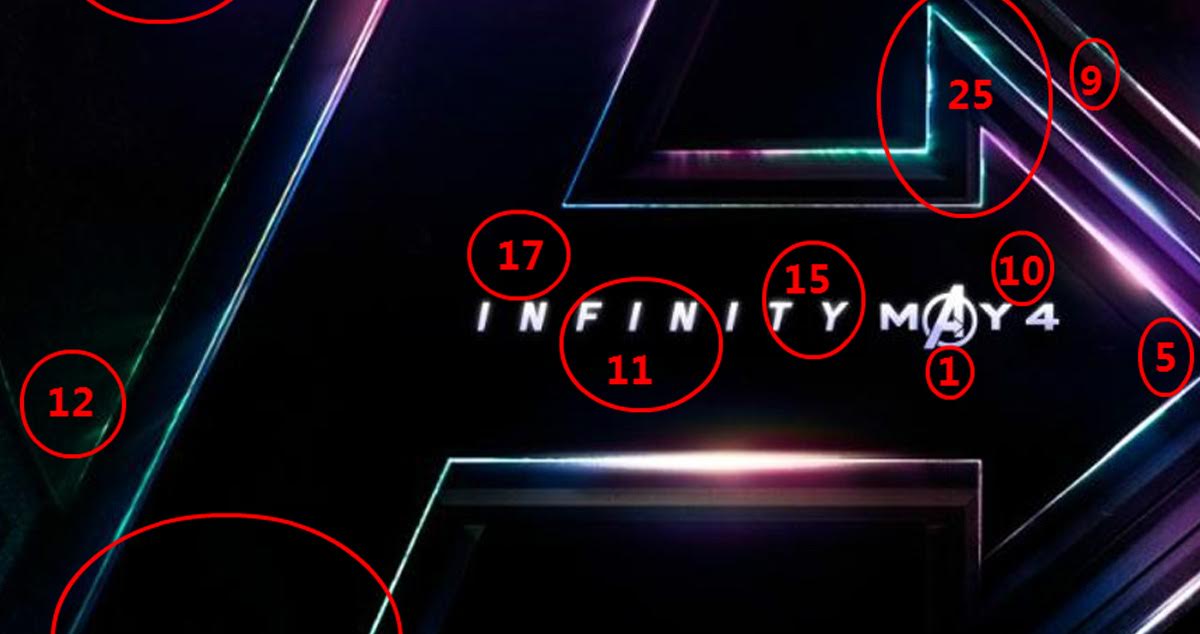 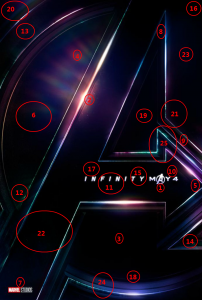 1. There are two Avenger A’s on the poster, as in AA. Perhaps alluding to Tony Starks’ alcoholism arc from the comic books.

3. Blank nothingness alluding toward our reliance on pop culture to fill the empty void within us all.

4. Lense Flare? Is J.J. Abrams directing this goddamn movie, too?

5. Sideway pyramid, or Eye of Providence, placed there by the Illuminati cabal that runs the entertainment industry.

6. This space looks like a large backward D. Dr. Strange is going to betray the team.

7. Marvel Studios is somehow involved in the production and financing of this film.

8. This looks like a knife edge. Hawkeye is going to go to prison and get shanked.

11. FIN. As in French for The End.  No more Marvel movies will be made after this one.

12. Green! The Hulk may appear in this movie!

13. These lines appear to be orbiting the poster.  Orbit, like how the moon orbits the Earth. The moon landing was FAKED!

14. This looks like an arrow pointing backward signaling that I should probably see the other Marvel movies before seeing this one.

18. This curve looks like a distended belly. Is Gamora pregnant?!

20. Rainbow… An obvious nod to the subliminal gay agenda placed into every Marvel movie.

22. Two parallel lines that will go on into infinity without ever intersecting or touching. Symbolism that my father will never understand what I do for a living and I should stop trying to earn his respect and love.

23. Black. Black Panther. That movie looks good, too. OK, I legit thought that Falcon and Black Panther were the same dude. That is my bad but don’t use that to judge me as a person.

24. This looks like Nebula’s blue coloration. Nebula is played by Karen Gillan who was also in the Doctor Who television series. Will The Doctor be doing a cameo? Did Marvel steal my The Avengers Meet Doctor Who screenplay?  Should I sue?

25. A rise with a sharp decline. Are we in another real estate bubble?  Is the stock market going to collapse again? Fuck, I just bought a house! I knew it was too good to be true. Just when I think life is starting to settle down everything goes to shit. I’m probably going to be the first one laid off. Plus my wife and I are trying for a kid, that can’t happen now. I can’t bring a kid into a world on the brink of disaster. Should I stock up on canned foods? I knew I should have bought that two gallon jug of lantern oil I saw online. I have nothing to barter with when the dollar collapses. Oh, God! Calm down, just calm down. Remember what Dr. Karen said… breathe, deep breaths. As long as you can breathe everything will be OK.