Why Sushi is on a Roll with the Vegan Community 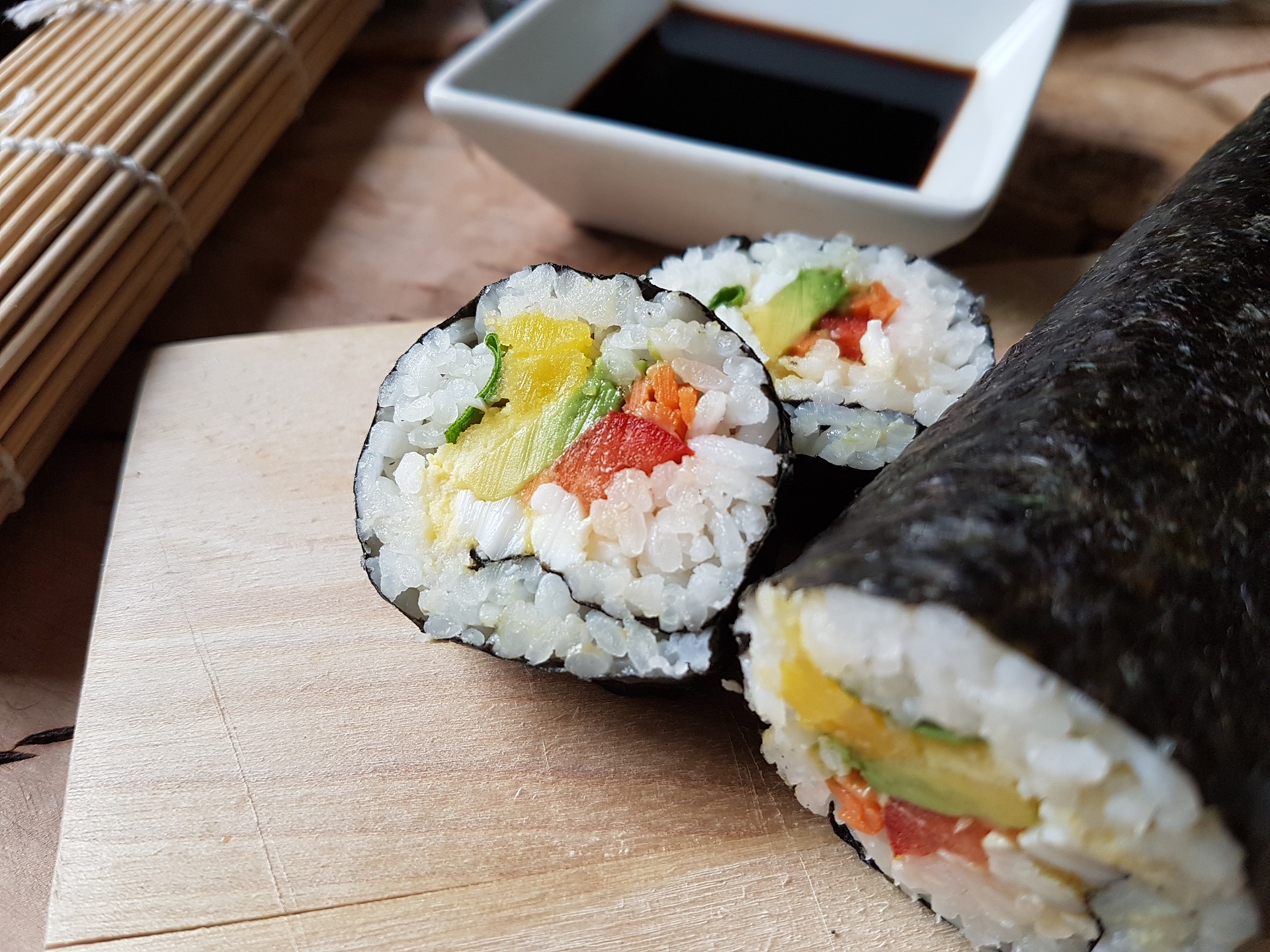 Japan knew sushi before it was famous

There’s no doubt that the world has recently become indebted to those who welcomed the concept of sushi. Keepitvegan.com says sushi dates back more than 1800 years to the second century (A.D.). So yes, sushi has been around since before the middle-class began battling to dine as the rich and famous do, faffing with their chopsticks and struggling with whether to eat it whole or not.

Someone once said that South-East Asians couldn’t be bothered to eat the meat and fish they caught fresh so, instead, they smothered it in rice and left it to ferment for many weeks. Sounds terrible, but in practice you’ll soon see the fad is justified: the cured remains are highly flavoursome. So in actual fact, it probably wasn’t that they couldn’t be bothered after all.

Now, though, it is indeed the petite bourgeoisie underpinning the sushi retail market. In the UK alone, they’ve splashed over £68 million on Japanese morsels they used to think were names of judo moves. It’s pretty easy when all the fad-followers have to do is hit up Deliveroo.co.uk for restaurant-quality sushi that will satisfy their need for a mid-afternoon ego boost.

But it’s definitely not vegan… right?

Wrong. It’s the raw fish element that has led many people to steer clear of the cuisine. But there’s more than a hint of fishy irony in the fact that vegans are blissfully unaware that sushi can be as vegan as the day is long. And all this time they’ve been shunning it to stick to their environmentally friendly but (most importantly) extremely fashionable regime.

In Japanese, sushi actually means ‘cooked and vinegared rice’, so the vegan community has the green light to get involved in this healthy dinner option. And here are some awe-inspiring varieties that could have you ticking all the right boxes. Vegan and sushi? Think of all the Instagram hits.

You can go wild with vegan maki, but you’ll need to know the health benefits before you go a-bragging. So here goes. These rolls are ideally served with fragrant pickled ginger, known as gari, which theveganwoman.com says is used to prevent certain types of cancer, as well as for its digestive qualities. The cucumber-based kappa maki makes an excellent palate-cleanser. Vegan maki can also include shitake mushrooms, natto (fermented soy beans) and oshinko (pickled daikon) – all suitably posh-sounding.

If you enjoy playful side dishes – of course you do, you’re vegan – you’ll adore inarizushi. Sushi rice is crammed into a crispy pouch of fried tofu (tick). The tofu is marinated in mirin, soy sauce and vinegar pre-frying to ensure a sweet flavour and a satisfyingly crisp texture. If you fancy sampling inarizushi in your local Japanese restaurant or takeaway, just check whether any dashi (fish flakes) was included in the rice.

Nigiri is one of the simplest sushi delights: you could even make it yourself if you’re feeling ultra pretentious. Simply press fresh vegetables into small golf balls of rice and wrap them in nori. Nori is derived from red seaweed and roasted to provide a wealth of vitamins and nutrients on top of your delicious fresh vegetables. Bliss.

Vegan sushi is capable of satisfying even your meat-eating, vegan-hater friends. And you can even wash your vegan sushi snacks down with a small glass of vegan sake – just make sure you get a picture before you gobble it all up, of course.