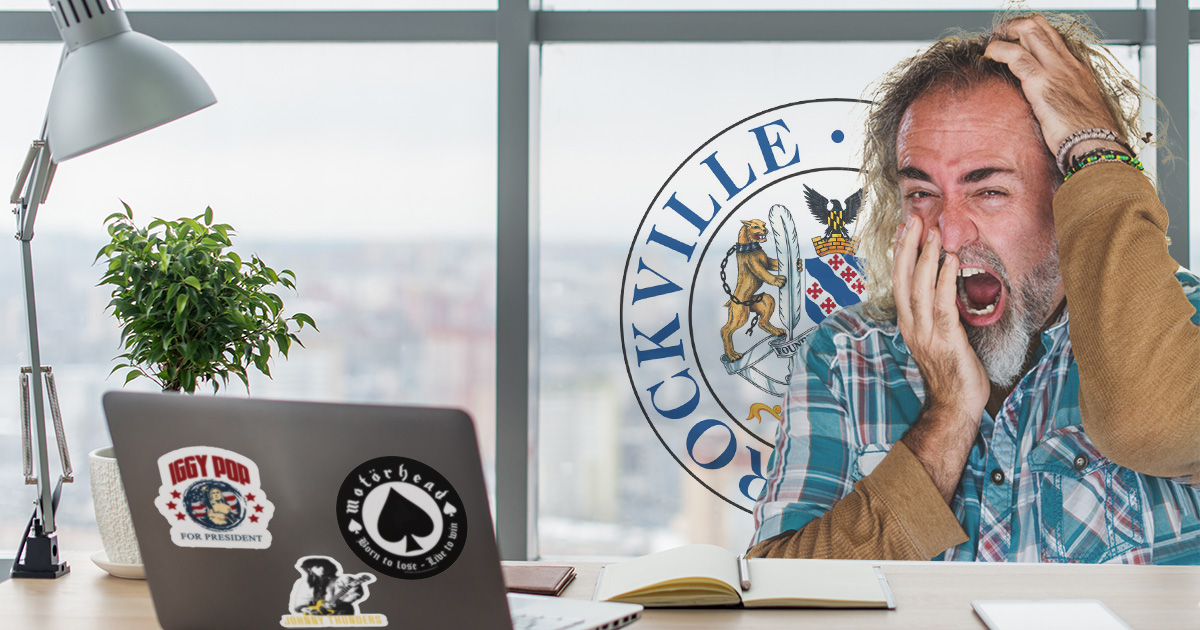 JACKSONVILLE, Fla. — Rockville mayor “Rowdy” Randy Holmes was removed from his elected position this morning after being deemed unfit to lead in even the simplest of capacities, city officials confirmed.

“Despite his swearing in just months ago, Mayor Holmes has already proven himself an incompetent leader in the most basic sense of the term,” said Rockville city council member Shania Cruz. “From the constant and disruptive ‘shredding’ on his pointy guitar during town hall meetings, to his inability to stop himself from yelling, ‘Fuck yeah!’ at any given opportunity, we determined it best to part ways sooner than later.”

Tensions came to a head late last week following a leak that Holmes would be replaced by “that guy from the ‘Learn Guitar Now’ flyers you see on those bulletin boards at the coffee shop,” thanks to a sewage-related oversight during preparations for the Welcome to Rockville music festival.

“Man, this is some fuckin’ bullshit,” Holmes yelled over the sound of a blender preparing a batch of his trademark “Jägereritas” for the second time today. “OK, sure — maybe that whole port-o-potty thing introduced some new predatory fish or whatever into the waterways down here. But, goddamn… like you never made a mistake!

“Plus, that [“Learn Guitar Now”] guy?” he added. “Cool. I bet Ozzy will be real psyched to get a key to the city from some dipshit in a cardigan with a Beach Boys haircut. Fucking assholes.”

Despite the former mayor’s failures, locals and visitors alike looked back on Holmes’ time in office fondly.

“Wait… the shirtless guy, who rides that lawnmower around with the ‘ass, grass or gas’ sticker on the side was the mayor?” said Rockville local Tricia Norwood. “My ex insisted that was Sammy Hagar, but, honestly, I always thought that dude was someone’s townie uncle who just got his license revoked or something. Jesus. No wonder the roads are so fucked up.”

At press time, the disgraced mayor was seen attempting to hitchhike along a nearby highway, holding a homemade sign reading, “Paradise City or bust, mothafuckas!”